The wine-growing area is largely located in the state of Rhineland-Palatinate in Germany, with a small area in North Rhine-Westphalia. The vineyards cover 470 hectares of vines, stretching from the municipality of Oberdollendorf near Königswinter, opposite Bonn, to north of Bingen, partly on both banks of the namesake middle course of the Rhine. The city of Koblenz lies at the heart of this beautiful river landscape. Winegrowing was established here by the Romans after the founding of the cities of Cologne (Colonia) and Bonn (Bonna). It flourished in the Middle Ages under the leadership of the Cistercians, who built the Heisterbach Monastery above Oberdollendorf, which is now only in ruins. The town of Bacharach is an ancient wine trading centre. 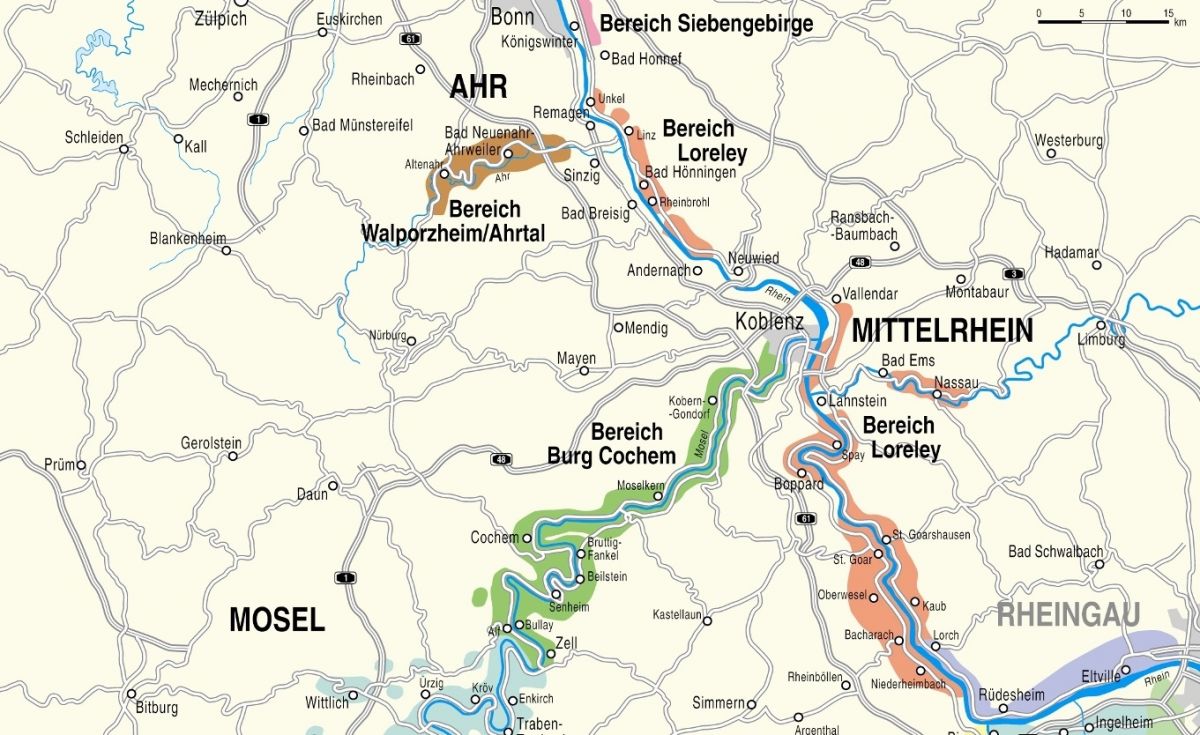 Niederlahnstein is home to the famous "Wirtshaus an der Lahn". Near the municipality of St. Goarshausen is the world-famous 132-metre-high Loreley Rock. According to 19th-century legend, a mermaid attracted Rhine boatmen here with her lovely song and caused their boats to crash on the slate rock. The poet Heinrich Heine (1797-1856) made the Loreley world-famous with the lines "I don't know what it means that I am so sad". She is also the patron saint and emblem of the wine-growing region. Every year on the first weekend in September, the "Middle Rhine Wine Forum" is held at Rheinfels Castle, municipality of St. Goar on the Loreley Rock, and on the first Saturday in May the "Middle Rhine Wine Fair" is held in Bacharach-Steeg.

The vineyards extend for over 120 kilometres on both sides of the Rhine deep into the side valleys. Some of them can also be found on the banks of the Lahn. The scenically overwhelming beauty of the area, with its many castle ruins, is presented as a narrow band of vineyards, some of which are terraced on the steeply rising slopes of the river. UNESCO also took this into account by declaring the Middle Rhine Valley between Bingen-Büdesheim and Koblenz a World Heritage Site in 2002. The wind-protected sites benefit from many sunny days; the Rhine acts as an excellent heat reservoir. The soils consist of weathered slate and greywacke, isolated islands of loess and, in the north, volcanic rock. More than 80% of the vineyards are steep slopes with at least 30% inclination, the rest are almost exclusively slopes. Some, such as the Bopparder Hamm, are among the steepest vineyards in Germany. The elaborate cultivation means that the areas are continually shrinking. In the last 30 years this has been around 40%. 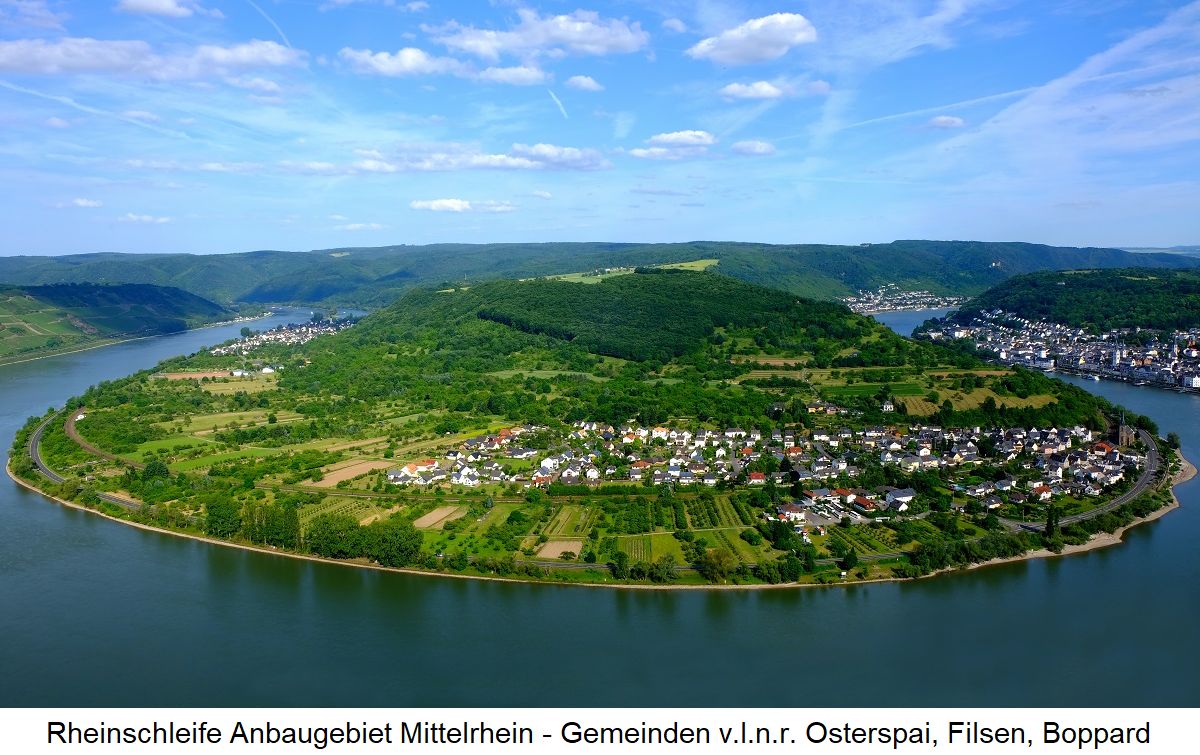 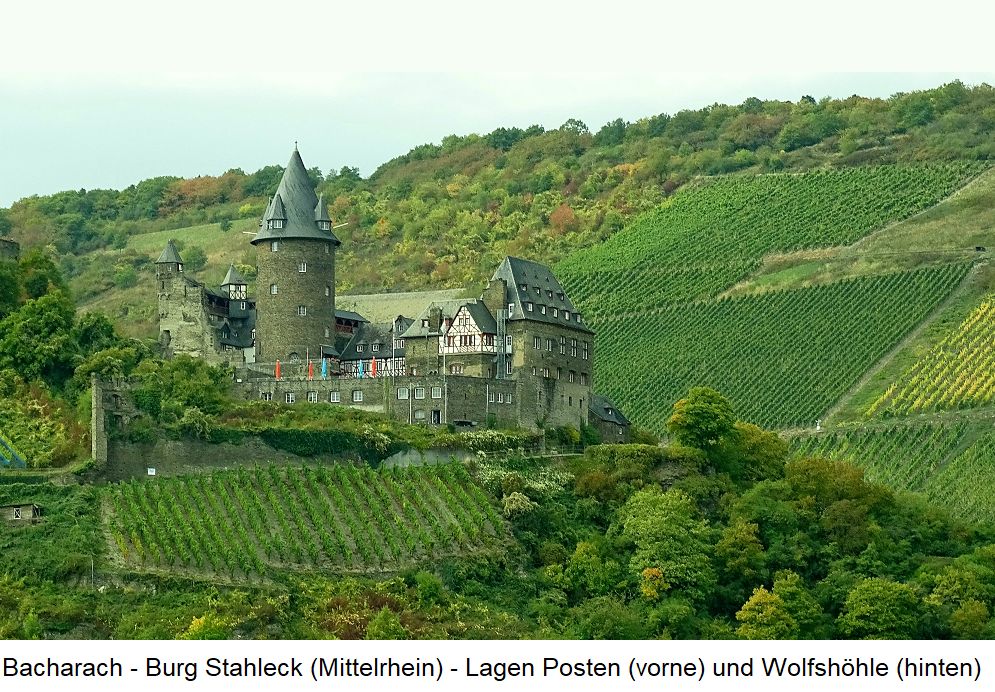 The Siebengebirge area with the Großlage Petersberg is located in the federal state of North Rhine-Westphalia and comprises around 25 hectares of vineyards. The wine-growing communities and individual vineyards:

Sources of Purchase for Mittelrhein 4