Unfortunately there is no information about Kamptal DAC available.

One of the eight specific wine-growing areas in the Austrian province or generic wine-growing region of Lower Austria. The area to the west of Wien was named after the 153-kilometre-long Kamp River, which flows through it from Schönberg in the north to Hadersdorf in the south and flows into the Danube near Krems. There is evidence of viticulture here at least since the early Middle Ages. Until 1993, the two wine-growing regions of Kamptal and Kremstal, which are now independent, were united under the name Kamptal-Donauland. The predominant soil types are loam, loess and primary rock. The climate is characterised by hot, Pannonian influences as well as cool currents from the Waldviertel. Precipitation is rather low; there is often fog in spring, autumn and winter. 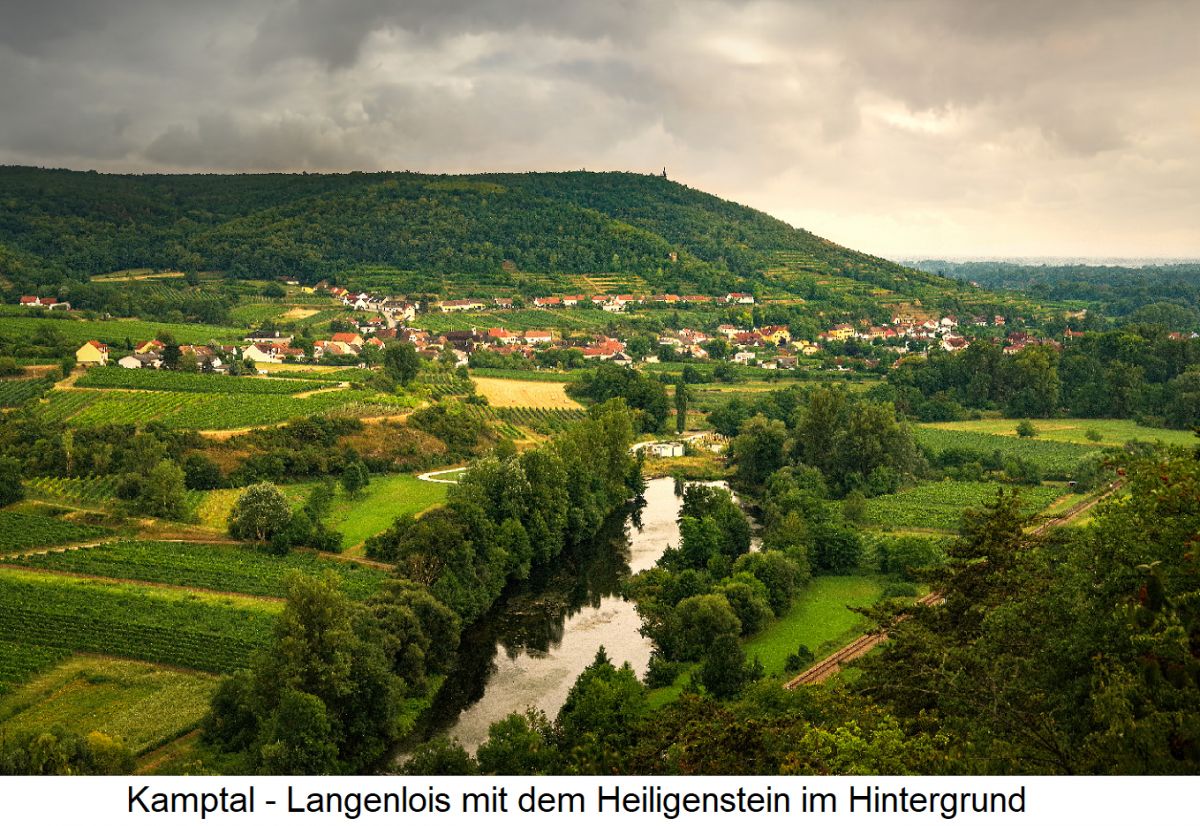 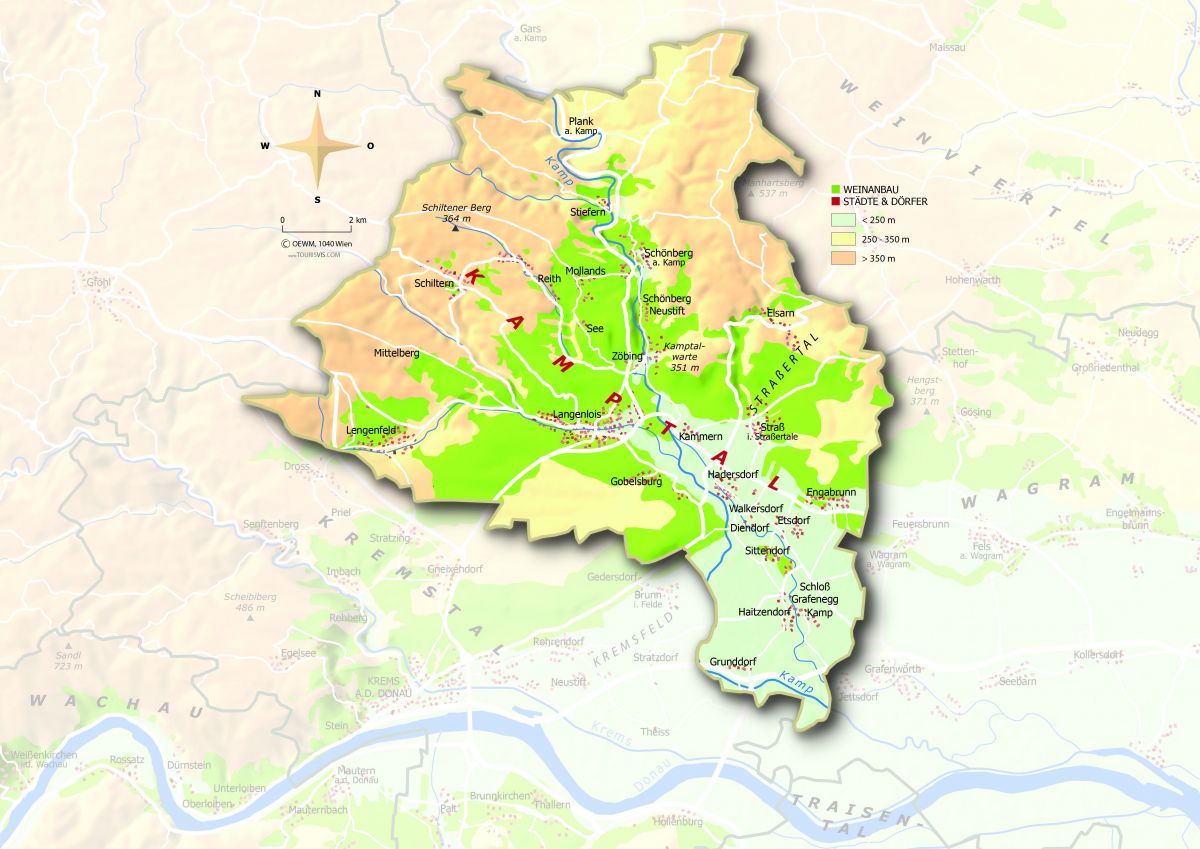 Starting with the 2008 vintage, the origin-controlled quality level Kamptal DAC was introduced. All other quality wines must be marketed with the origin Lower Austria, the country wines under the winegrowing region designation Weinland. In addition to the generally valid DAC conditions, special rules apply.

The quality wine grape varieties Grüner Veltliner and Riesling are permitted. The wines must be vinified dry. Starting with the 2016 vintage, a three-tier system was introduced to emphasise the origin more strongly. There are lower limits for alcohol content, but no upper limits compared to before. The date for the application to obtain the State Assay Number is staggered. If the decision is positive (usually within one week), the wine may be marketed:

The wines must show a characteristic typicity in terms of taste with regard to the two grape varieties. For Grüner Veltliner: fruity, fine spiciness, no botrytis note, no noticeable woody note (toast aroma), balanced, not alcoholic. For Riesling: fragrant, aromatic, elegant, mineral, no botrytis dominance, no woody note, balanced, not heavy on alcohol. For Reserve: strong style, distinct area and variety aromas, dense and long finish, a delicate botrytis and woody tone is permissible.

In this section you will find
currently 144,896 Wines and 22,906 Producers, including 2,432 classified producers.
Rating system Their sources in Wine Guide Wine Samples