Even before the soldiers of Emperor Marcus Aurelius Probus (232-282) brought wine presses to the Danube, the indigenous people pressed the so-called Marcomanni wine. Viticulture was strongly influenced by Wien, the monastery Klosterneuburg, as well as the Benedictine-founded monasteries of Göttweig in the Kremstal and Melk in the Wachau. These were centres of spiritual and cultural life and also strongholds of exemplary wine culture. The former dinstlgut in Loiben (Wachau), whose origins date back to the 9th century, also had a great influence. The noble Liechtenstein family was founded in the 13th century. They acquired large areas of vineyards and introduced progressive viticulture methods. In 1636, a cellar regulation was issued, in which, among other things, the "Zuberaithung von Schwebl" (sulphur) was precisely regulated. The winery Hofkellerei Stiftung Fürst Liechtenstein still exists today. 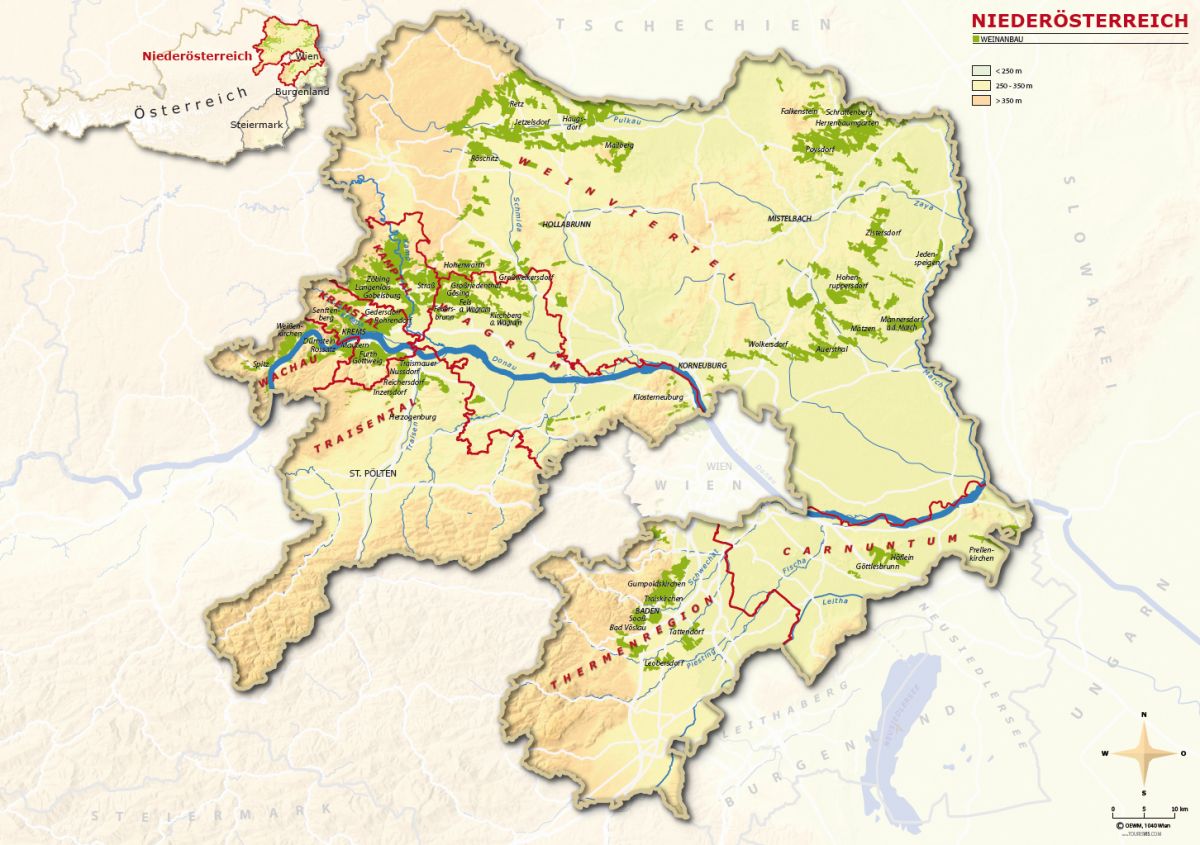 Lower Austria is a classic white wine state, accounting for about three quarters of the wine produced. The province supplies over 60% of Austria's wine production. In 2015, the vineyards covered a total of 28,146 hectares. Compared to 2009 with 27,128 hectares, this was an increase of almost 4%. The share of white wine varieties is 75.3%, the share of red wine varieties 24.7%. The clearly dominant grape variety is Grüner Veltliner with almost half of the stock:

Sources of Purchase for Lower Austria/Niederösterreich 64

In this section you will find
currently 150,931 Wines and 23,431 Producers, including 2,232 classified producers.
Rating system Their sources in Wine Guide Tasting samples