Unfortunately there is no information about Eisenberg available.

One of the five specific wine-growing regions in the Austrian province or generic wine-growing region of Burgenland. In 2016, a restructuring took place with changes in the designations as well as the area boundaries. The former name Südburgenland was replaced by Eisenberg. The new name was chosen because the "ü" could be annoying when exporting and "Eisenberg" was already the name of the traditional wine-growing region in the past. From the 12th century onwards, the monastic order of the Cistercians in particular contributed a great deal to the development of viticulture here. 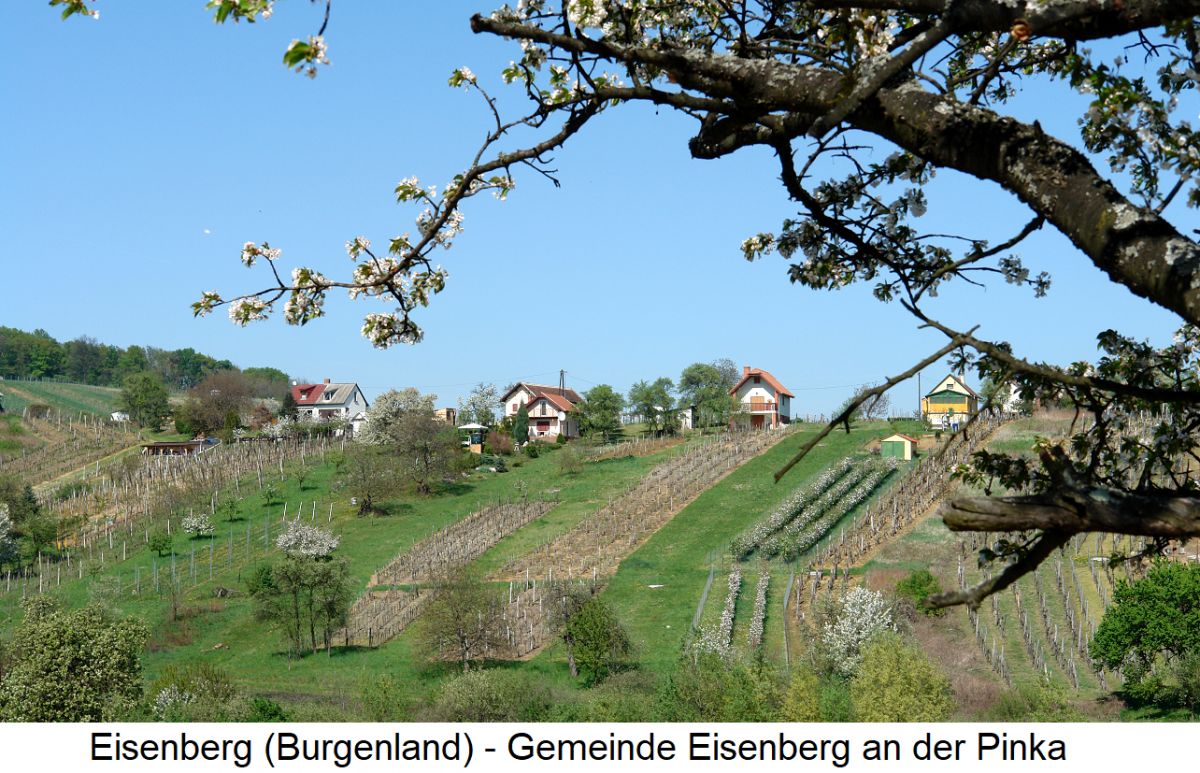 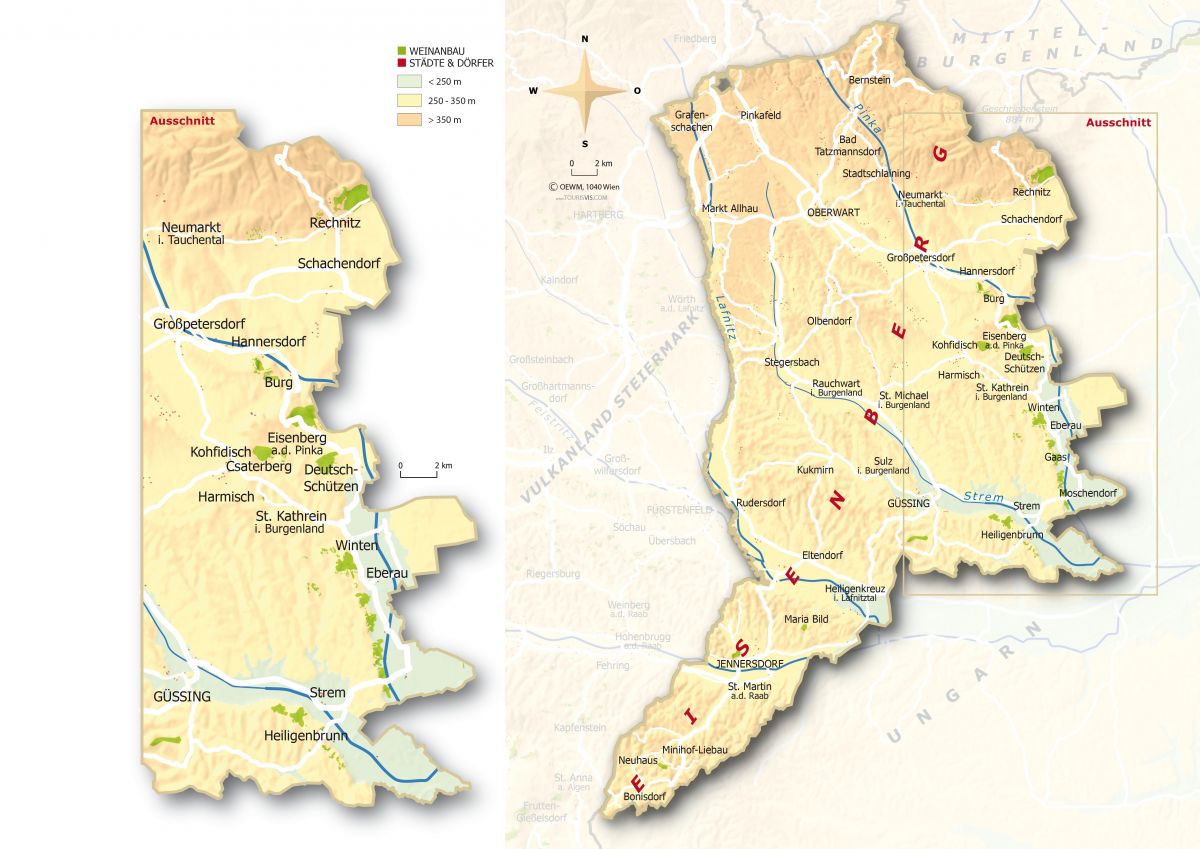 Eisenberg differs from the northern wine-growing regions of Burgenland in its climatic conditions, especially in its higher rainfall. The mild, Pannonian climate is characterised by intense sunshine. The forests favour cooling at night. The soils consist mainly of ferruginous, clayey loam. After the phylloxera catastrophe, the speciality Uhudler was born here at the beginning of the 20th century.

In 2017, the vineyards covered a total of 515 hectares of vines. Compared to 2009 with 499 hectares, this was an increase of 3%. The share of white wine varieties is 47.7%, the share of red wine varieties 52.3%. With more than one third, Blaufränkisch dominates, followed by Welschriesling and Zweigelt:

Starting with the 2008/2009 vintage, the origin-controlled quality level Eisenberg DAC was introduced. All other quality wines must be marketed with the origin Burgenland, the country wines under the winegrowing region designation Weinland. In addition to the generally valid DAC conditions, the following rules apply:

The red wines must have been prepared from the quality wine grape variety Blaufränkisch, any blending with another grape variety is not permitted. The bottle must be provided with a specific capsule, the appearance of which is determined by the regional wine committee. The date for the application to obtain the State Assay Number is staggered. If the decision is positive (usually within one week), marketing may take place. There are two quality categories:

Classic: The wines can be matured in steel tanks or in wooden barrels, but they must not have any woody tones or only a barely noticeable woody tones (toast aroma). The alcohol content must be 12.5 or 13% vol. The closure must be a screw cap or natural cork. The application may be submitted from 1st August of the year following the harvest at the earliest (a decision is usually made within one week).

Reserve: The wine must be matured in traditional large wooden barrels or in barriques, i.e. wood aromas are permitted here. The alcohol content must be at least 13% vol. Only natural corks are permitted as closures. The application may be submitted no earlier than 1 February of the second year following the harvest.