One of the five specific wine-growing regions in the Austrian province or generic wine-growing region of Burgenland. In 2016, a restructuring took place with partial changes in the designations and area boundaries. Apart from that, the name remained the same. Some areas of the Neusiedlersee winegrowing region were assigned to the Leithaberg winegrowing region (formerly Neusiedlersee-Hügelland). These were the municipalities of Jois and Winden, as well as some vineyards of the municipality of Neusiedl am See. The area is named after the steppe lake, which is 320 km² in size and 36 kilometres long. In the vernacular it is mostly called Seewinkel because it nestles at an angle to the lake. It stretches from the north of the province along the northern and along the entire eastern shore of the lake to the border with Hungary. 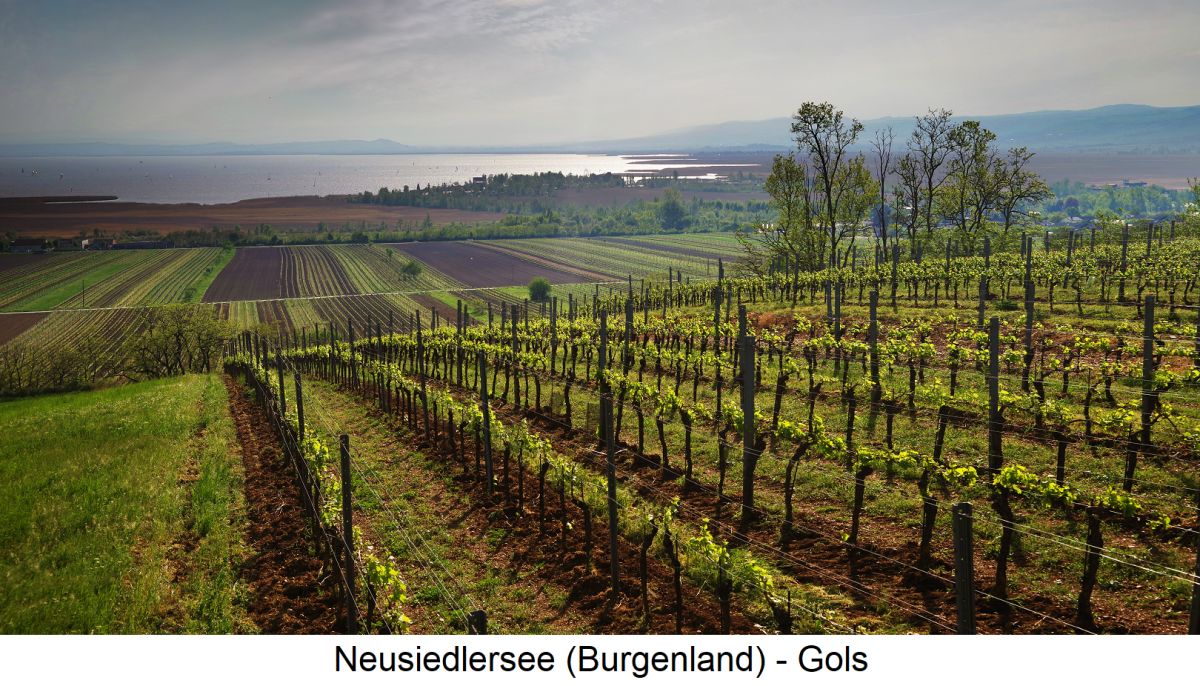 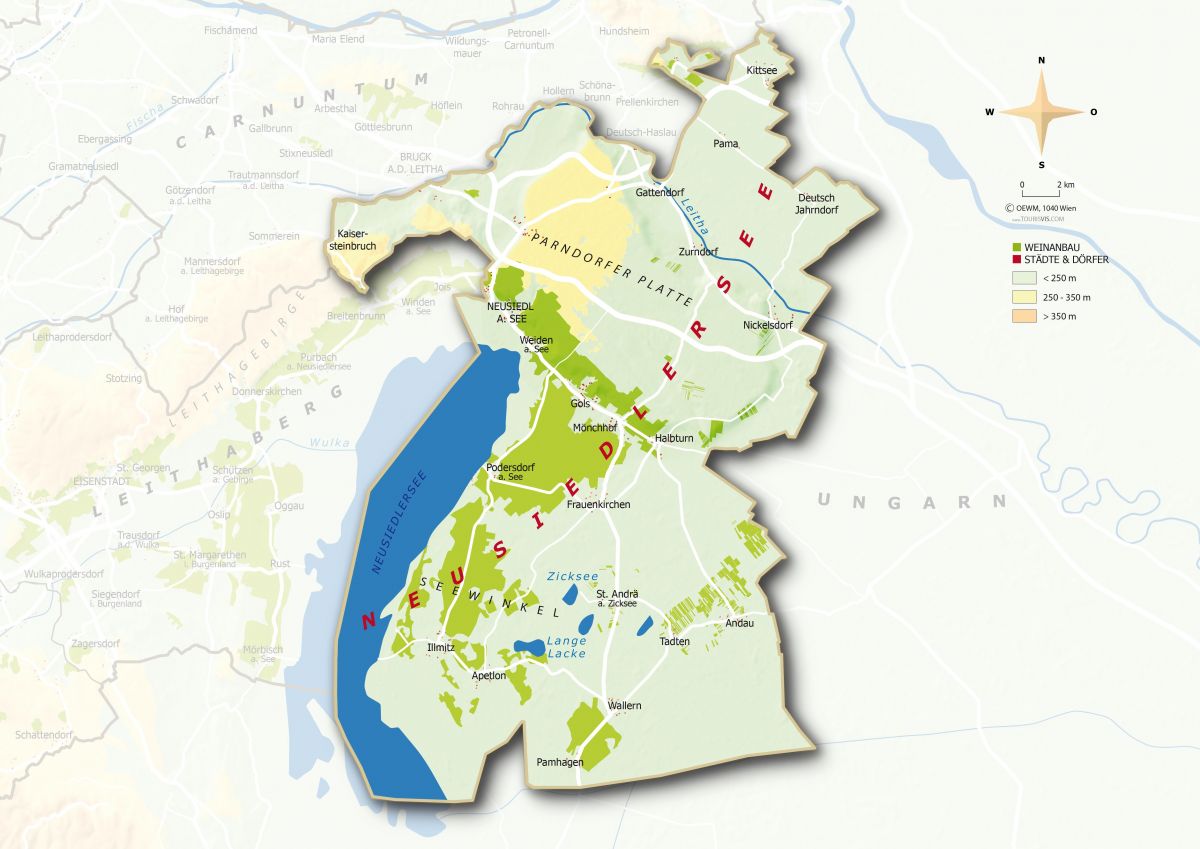 Like all bodies of water, Lake Neusiedl has a positive effect on viticulture. The climate is characterised by Pannonian and continental influences, the large Lake Neusiedl has a climate-regulating effect and acts as a heat reservoir in autumn in conjunction with the lake mists that occur. This contributes to the formation of botrytis (noble rot) and thus the production of noble sweet wines, which have a very great tradition in this area. The vegetation cycle is above average with up to 250 days per year. The predominant soil types are loess, black earth, gravel and sand.

Starting with the 2011 vintage, the origin-controlled quality level Neusiedlersee DAC was introduced for dry red wines made from Zweigelt. Since the 2020 vintage, sweet wines may also use the DAC designation. In addition to the generally valid DAC conditions, special rules apply. All other quality wines must be marketed with the origin Burgenland, the country wines under the winegrowing region designation Weinland. The indication of the narrower origin "Seewinkel" is permitted if the grapes originate from the municipalities of Apetlon, Illmitz and/or Podersdorf. The date for the application to obtain the state inspection number is staggered. If the decision is positive (usually within one week), marketing may take place. There are two categories: Classic and Reserve:

ClassicThe red wines must be made from at least 85% Zweigelt. The wine can be matured in stainless steel tanks or in large wooden barrels. The residual sugar may not exceed 4 g/l, the existing alcohol content must be at least 12% vol. The indication of a vineyard is not permitted. The wines must have a varietal, fruity and spicy taste. The application may be submitted at the earliest from 1 February of the year following the harvest.

For the fruit-sweet white wines, all white quality wine grape varieties are permitted. The categories Spätlese or Auslese with their wine law conditions are possible. The residual sugar must be at least 45 g/l. The application may be submitted from 1 January of the year following the harvest at the earliest.

ReserveThe red wines must be made from at least 85% Zweigelt. The wine may be matured in large wooden barrels or in barriques. The residual sugar may not exceed 4 g/l, the existing alcohol content must be at least 13% vol. The wines must have a fruity, spicy and strong taste typical of the variety. The application may be submitted from 1 February of the second year following the harvest at the earliest.

All white quality wine grape varieties are permitted for noble sweet white wines. The categories Beerenauslese or Trockenbeerenauslese with their wine law conditions are possible. The residual sugar must be at least 45 g/l. The application may be submitted no earlier than 1 April of the year following the harvest.