One of the eight specific wine-growing districts in the Austrian province or generic wine-growing region of Lower Austria. In 1993, the districts of Donauland (since the 2008 vintage Wagram) and Carnuntum, which until then had formed a common winegrowing area, were separated. The Celts and later the Romans already practised viticulture here. In the middle of the first century, the former Celtic kingdom of Noricum became a Roman province. The Romans built a legionary camp and a civilian city with a large amphitheatre near the village of Petronell, where the Amber Road crossed the Danube, which had around 40,000 inhabitants around 100 AD. The border against the Germanic tribes was fortified with a wall, the Limes. Extensive excavations took place in the 20th century. Outside the town, a former 20-metre-high triumphal arch commemorates the imperial conference in 308. Carnuntum was destroyed by the Germanic tribes around 400. 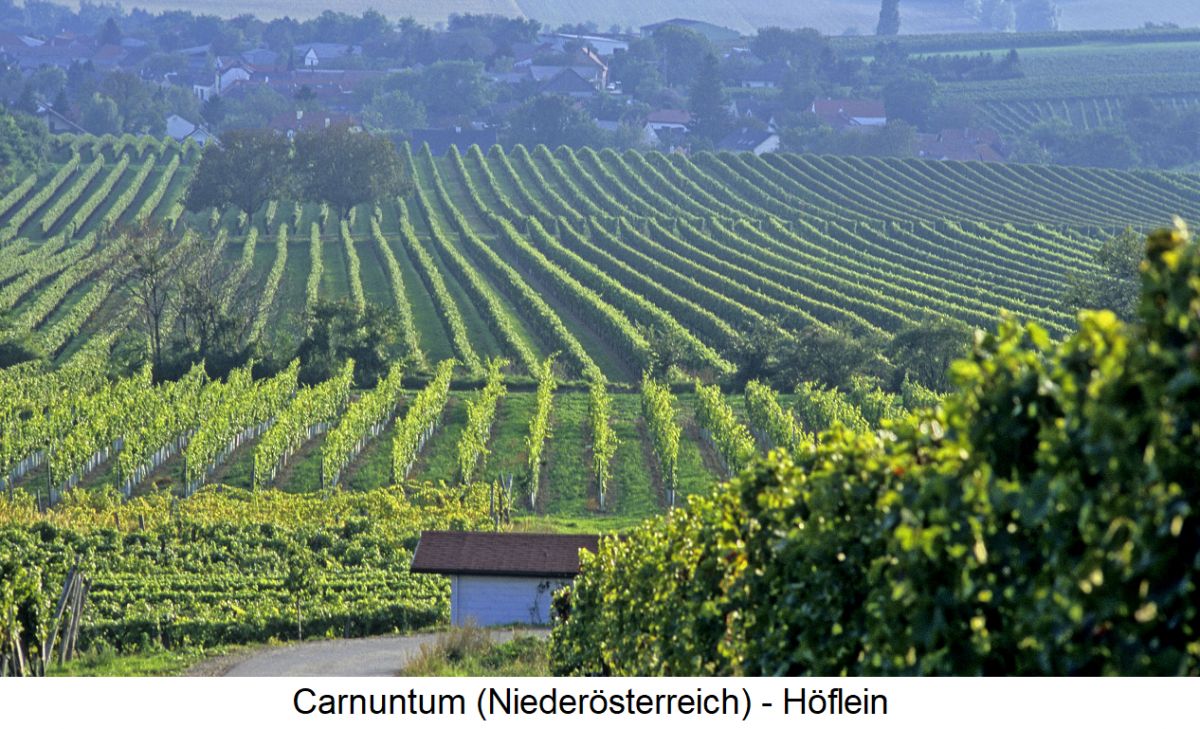 The hilly landscape stretches south of the Danube east of Wien to the border of Slovakia. The vineyards lie on the foothills of the thermal line and also benefit from the temperature equalisation of Lake Neusiedl and the Danube. The Pannonian climate influence, which is already strongly noticeable here, ensures high average summer temperatures and above-average grape ripeness, which creates excellent conditions for red wines. Sandy, loamy, loessy and gravelly soils predominate, which are mostly due to deposits of the Danube. Geologically, the area is part of the Vienna Basin. 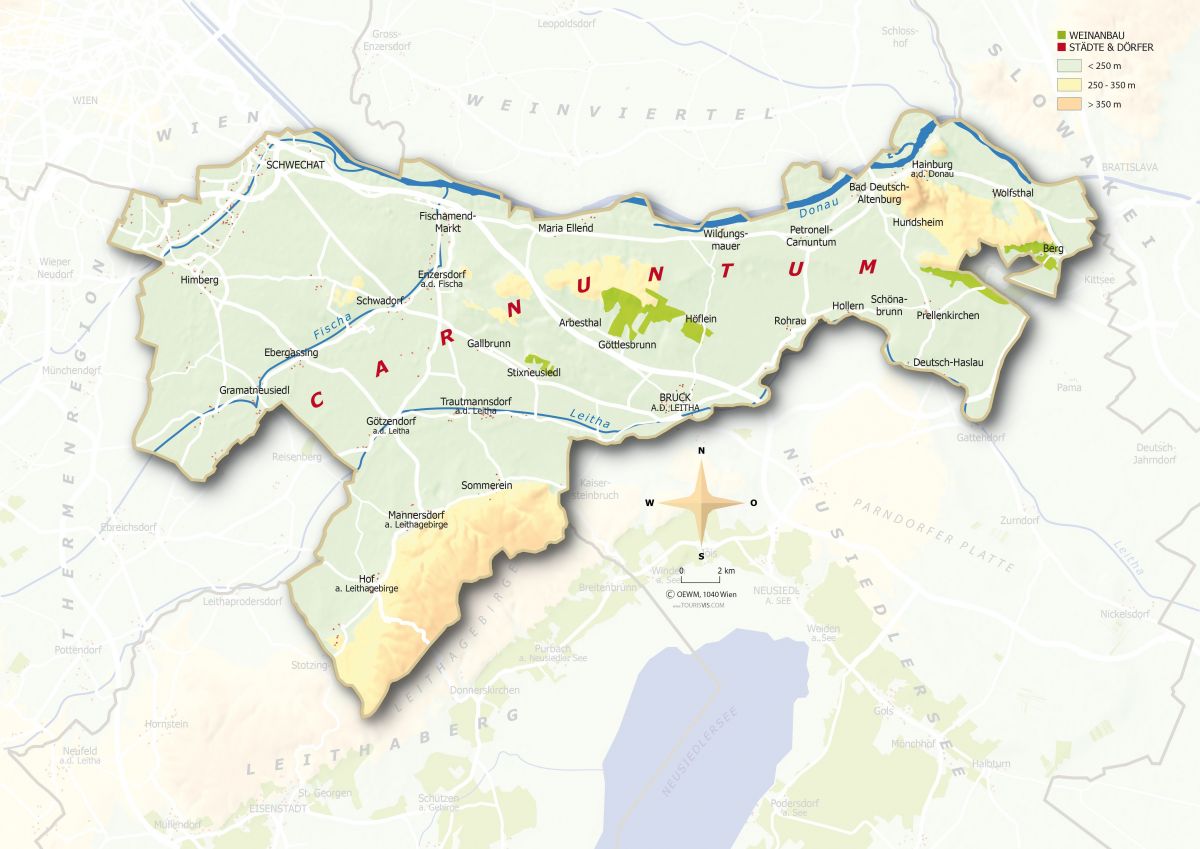 In 2015, the vineyards covered a total of 907 hectares of vines. There was no change compared to 2009 with 910 hectares. The share of red wine varieties is 54.3%, the share of white wine varieties 45.7%. Zweigelt dominates with a quarter of the total area, followed by Grüner Veltliner, Blaufränkisch and Merlot.

From the 2019 vintage onwards, the origin-controlled quality level Carnuntum DAC has been introduced. All other quality wines must be marketed with the origin Lower Austria, the country wines under the winegrowing region designation Weinland. In addition to the generally valid DAC conditions, special rules apply. The established Rubin Carnuntum brand for Zweigelt wines typical of the region remains in place parallel to the DAC regulation.

For white wines, the quality wine grape varieties Grüner Veltliner,Pinot Blanc and Chardonnay are permitted, for red wines Blaufränkisch and Zweigelt. Pure-varietal wines must be vinified exclusively from these, blends from at least two-thirds. This means that cuvées can also contain up to one third of other quality wine grape varieties, such as St. Laurent, Cabernet Sauvignon or Merlot for red wine.

There are three levels: regional wine, local wine (from a local wine-growing community, up to 15% from neighbouring communities) and estate wine ( estate registered in the wine-growing cadastre, up to 15% from neighbouring estates). The wines must be dry. Red wines must have at least 12% alcohol by volume. In addition, local and estate wines should be given sufficient time to develop their independent and expressive character. The application to obtain the State Assay Number may not be made before 15 March in the case of white wine and before 1 November of the year following the harvest in the case of red wine.