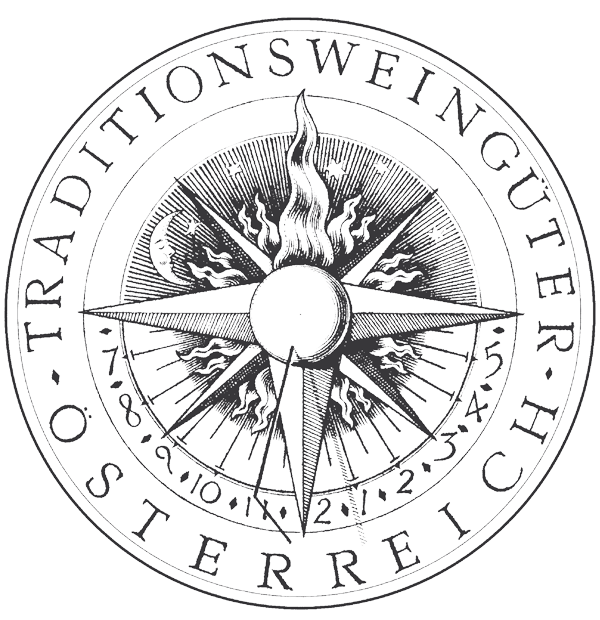 The origin of the winegrowers' association, founded in 1992, lay in regular meetings of ten winegrowers from the two Lower Austrian winegrowing regions of Kamptal and Kremstal with an exchange of experience regarding sites and vineyards in connection with their soils, microclimate and grape varieties and their cultivation. The goal of establishing a vineyard classification in the Danube region was already defined in the statutes of 1992. The association was not understood as an elite, but rather as a community of values in which the marketing of wines according to their origin has top priority.

At first, these were businesses from the four wine-growing regions of Kamptal, Kremstal, Traisental and Wagram. In 2018, the two wine-growing regions Carnuntum and Wien, which are also crossed by the Danube, were added, increasing the number of members to 62 businesses. With the addition of further members, the number has grown to a total of 67 wineries as of September 2020. Michael Moosbrugger from the Schloss Gobelsburg winery has been the chairman of the association since June 2007. The winemakers Philipp Grassl, Gerhard Lobner, Gerhard Markowitsch, Martin Nigl and Fritz Wieninger act as deputies.

One of the main goals of the project was and is to classify the historic sites of the Danube region. The basis for this are the wine-growing estates recorded in the Josephinian cadastre of 1823. Already at the time of its foundation, the terms or the three-level hierarchy of Klassifizierte Lage, Erste Lage and Große Erste Lage were coined. The quality of the wines is to be tested by regular tastings. The members see it as their duty to express the characteristics of their region, their soils, their climate (microclimate), their grape varieties and their cellars in the wines. The basic principle is that first-class wines cannot be defined exclusively by sugar gradations (must weight), but that even the best winemakers can only vinify a great wine from an exceptional vineyard. 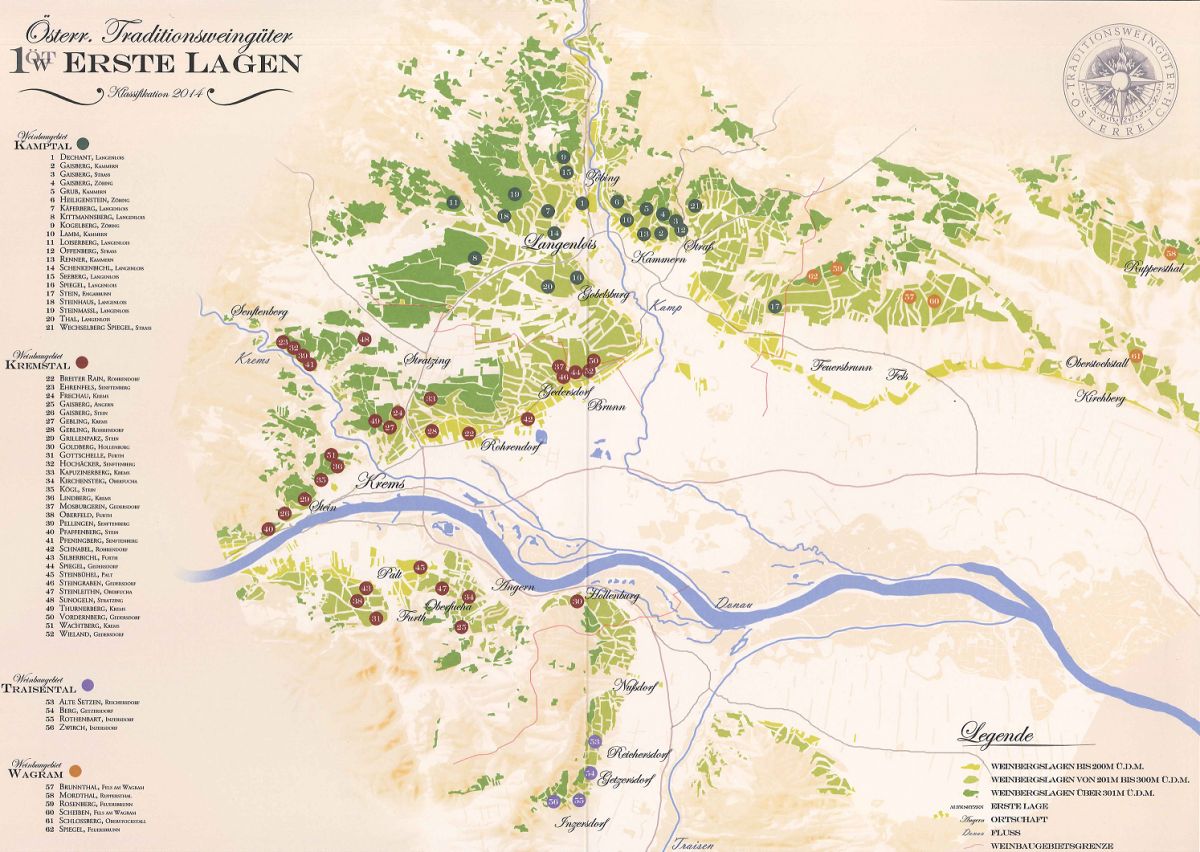 For almost two decades, the wines and their vineyards were observed, discussed and analysed. Finally, a total of 62 sites in the four wine-growing regions of Kamptal, Kremstal, Traisental and Wagram were defined as "Erste Lagen". These are those sites that have proven to be the best 10% of the area over the past 20 years. In Wien, the Winzervereinigung WienWein (Vienna Winegrowers Association) has carried out a site classification in recent years and defined a total of 12 Erste Lagen. In Carnuntum, scientific geological research has already been carried out for about ten years, which is incorporated into the classification process. The classification of the sites took place in 2019 with the foundation of Carnuntum DAC.

Whether there will also be "Große Erste Lagen" as the top hierarchy is still to be decided. The wines are recognisable by the protected logo "1 ÖTW", which is printed on the label (price lists and catalogues) next to the site name. The logo may currently only be used by member wineries for wines from the Grüner Veltliner and Riesling varieties; however, the circle of users is to be expanded.

The seal or logo of the traditional wineries consists of a sundial and a compass (top left). The winegrower tries to orientate himself in a complex environment of geology,microclimate and cosmic influences. The sundial and compass are among the most traditional tools; the position of the sun and moon, the seasons and the tension between day and night play a major role. See also under Viticultural Institutions.

Sources of Purchase for Kamptal 24

In this section you will find
currently 147,035 Wines and 23,228 Producers, including 2,226 classified producers.
Rating system Their sources in Wine Guide Tasting samples