One of the eight specific wine-growing areas in the Austrian province or generic wine-growing region of Lower Austria. It was formed in 1985 by merging the formerly independent wine-growing areas of Gumpoldskirchen and Bad Vöslau. The thermal baths, already known in ancient times, gave the area its name, but in the vernacular it is called "Südbahn" after the railway line built here in the mid-19th century. The oldest vineyard in Austria, the Freigut Thallern near Gumpoldskirchen was founded in 1141 by the Cistercians of the Heiligenkreuz Abbey. The right to serve wine has been a tradition since the 13th century, when it was called Leitgeben (Leutgeben). 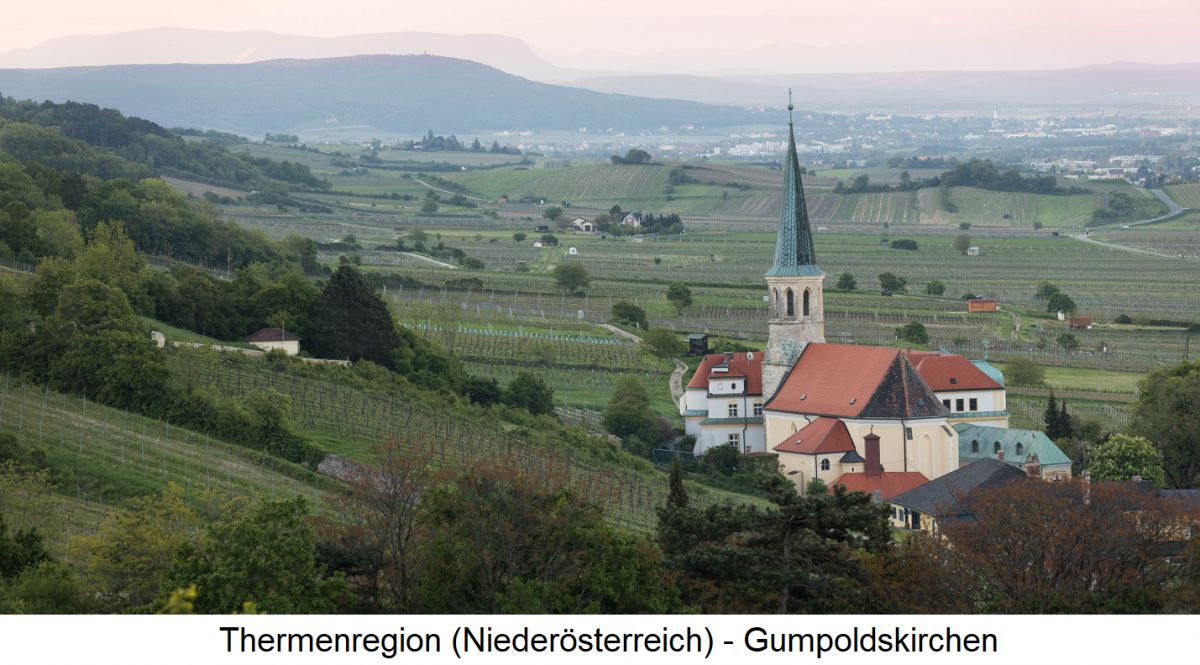 There were rich wine yields in the 14th and 15th centuries. In the 16th and 17th centuries the area was badly affected by the Turkish sieges. The Turkish commander-in-chief Kara Mustapha (1630-1683), who fell ill during the second Turkish siege of Wien, recovered very quickly in Baden in 1683, but was executed after the defeat. Viticulture suffered the heaviest losses because the Turks destroyed many vineyards for religious reasons. In 1760, the Pinot Noir was introduced to the area by the Teutonic Order and began to spread throughout the region into Burgenland. The area is part of the Vienna Basin and is one of the warmest wine-growing regions in Austria. Hugo von Hofmannsthal (1847-1929), the creator of "Everyman", described it as an "immense garden". 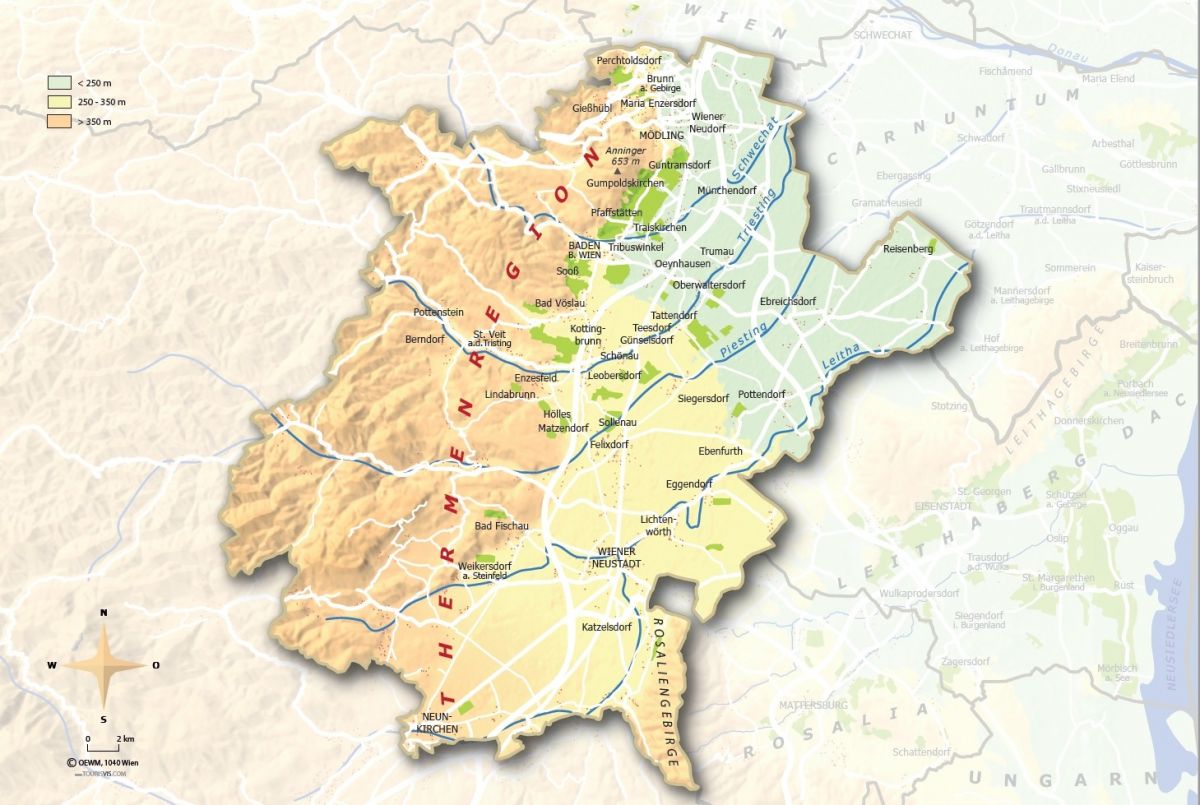 The Thermenregion consists of barren and stony, but also heavy, loamy soils. The climate is characterised by dry, hot summers and cold winters. The area stretches from the southern outskirts of Wien along a chain of hills to the south of the spa town of Baden. A beautiful wine route touches all the important wine-growing communities. The most important are Baden, Bad Vöslau, Brunn am Gebirge, Enzesfeld, Gumpoldskirchen, Guntramsdorf, Hirtenberg, Leobersdorf, Maria Enzersdorf, Mödling, Perchtoldsdorf, Pfaffstätten, Sooß, Tattendorf, Teesdorf, Traiskirchen and Tribuswinkel. Well-known vineyards are Brindlbach, Doctnerin, Eichkogel, Goldeck, Igeln, Kreuzer, Mandelhöhe, Pfarrgarten, Spiegel, Tümpfel and Wiegen. A local speciality is the autochthonous variety Zierfandler (Spätrot), which is blended with the Rotgipfler to make the white wine cuvée Spätrot-Rotgipfler. A number of wine tourism activities are organised under the name "Zierfandler-Welt".

The origin-oriented DAC system is in preparation