The region with the capital Bologna is located in the north of Italy. It stretches from the Adriatic Sea in the east with the Romagna area to the inland Emilia area in the west. In the north, the Po River forms the border to the region of Lombardy, in the south the Apennines form the almost 300 kilometre long border to the regions of Liguria and Tuscany. The western part of Emilia was divided into the duchies of Parma and Modena, which were a constant bone of contention between the Habsburgs and the Bourbons. The name derives from the Via Aemilia, built by the Romans in 187 BC to connect the cities of Piacenza and Rimini. The eastern part of Romagna belonged to the Papal States for several centuries. Today, numerous agricultural products are produced in the extremely fertile Po Valley. Around Modena, the famous balsamic vinegar is produced according to a centuries-old tradition. The two provinces of Reggio Emilia and Parma are home to the equally famous cheese Parmigiano Reggiano, the genuine original Parmesan. 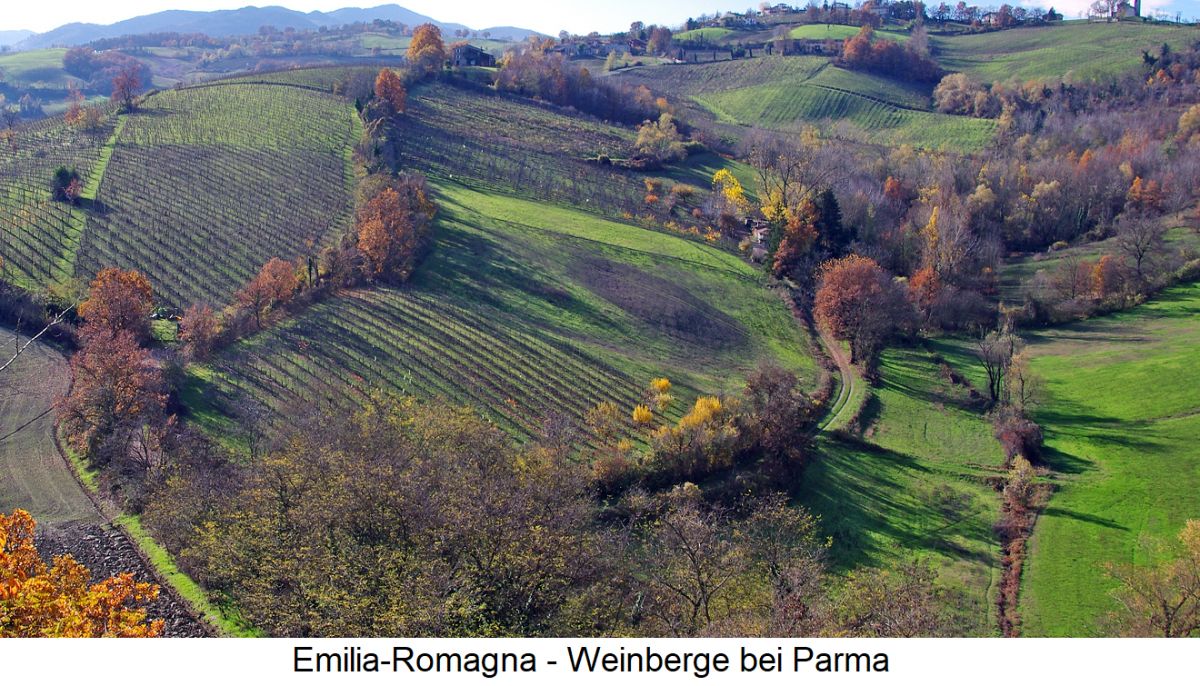 The Emilia area is best known for its Frizzante and Spumante, the sparkling red and rosé wines made from various Lambrusco varieties, which are mostly produced as drinkable mass wines to be drunk young. However, the quality has improved significantly due to stricter DOC regulations. In Romagna, it is mainly the red wines made from Sangiovese that characterise the style. Italy's first white wine classified as DOCG was Albana di Romagna. The IGT (country wines), DOC and DOCG (quality wines) areas in Emilia-Romagna are:

Picture: by Valter Cirillo on Pixabay

Sources of Purchase for Emilia Romagna 24