The northern area of the Italian double region Trentino-South Tyrol; the southern area is Trentino. The Italian name is Alto Adige. It corresponds geographically to the Autonomous Province of Bolzano (Italian: Bolzano). The Rhaeto-Romans planted the first vineyards here as early as 1,000 BC, making South Tyrol one of the oldest German-speaking wine-growing regions. Here the Romans learned from the Celts how to use wooden wine barrels for storage and transport. In the Middle Ages, viticulture reached its peak. The German emperors who went to Rome for their coronation got to know and appreciate South Tyrolean wine on their travels. A decline occurred from the end of the 19th century, as in many other wine-growing regions, due to phylloxera and mildew. After the First World War, when South Tyrol was annexed to Italy in 1919, the northern sales markets were lost. After the loss of quality in the 1980s due to the marketing of mass-produced wines, there was now a return to top quality. 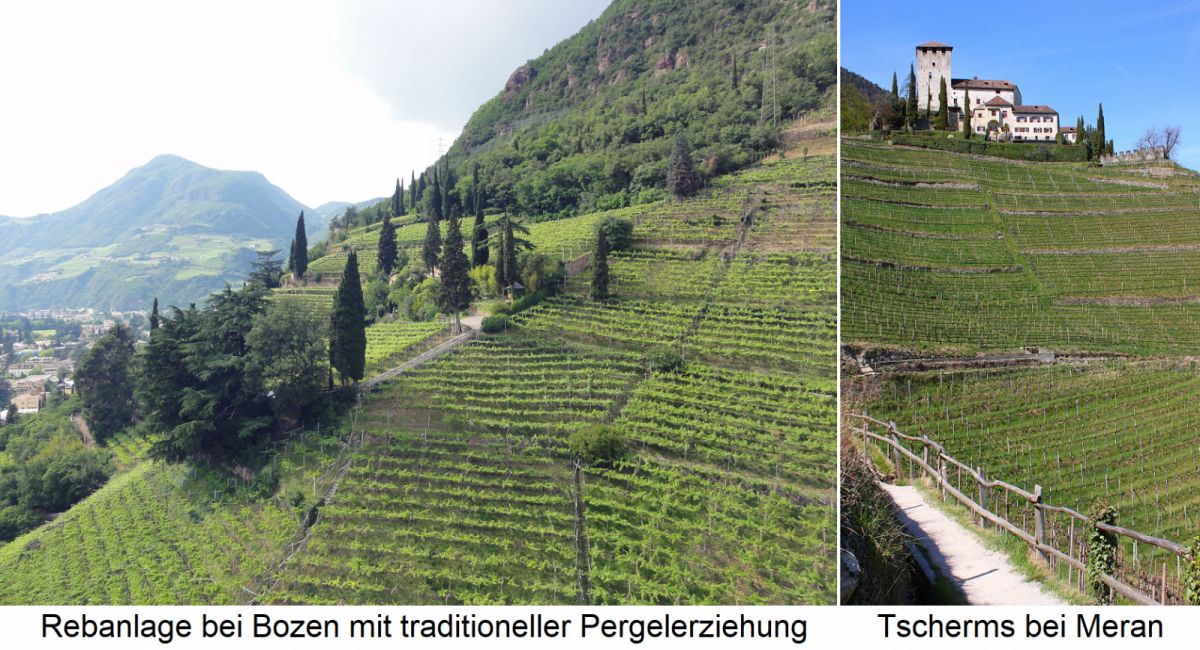 The vineyards cover 5,500 hectares of vineyards at mainly 500 to 1,000 metres above sea level. The vineyards are often on terraced slopes and hills in the Etschtal (Valdadige) between Meran (Merano) and Salurn (Salorno) and in the Eisacktal between Bozen (Bolzano) and Brixen (Bressanone), with smaller vineyards in the Vinschgau, formerly also Vintschgau (Valle Venosta). At the bottom of the valley there is only the Lagrein area of Gries (San Quierino) and the white wine area of Salurn. The traditional vine training pergola is still widespread here. In the Adige Valley the soils consist of gravelly alluvial gravel, on the slopes of weathered scree with a high lime content. A continental climate prevails with warm summers and cold winters with relatively large temperature fluctuations. There are two DOC areas:

Lake C aldaro- Lago di Caldaro (also Caldaro).
The DOC area comprises the municipalities around the eponymous Lake Caldaro, although some villages from the Trentino area are also included.

South Tyrol (also South Tyrol) - Alto Ad ige (also dell'Alto Adige)
The DOC zone covers the entire region of South Tyrol. There are also six subzones that may be indicated on the label in German and/or Italian:

There are two IGT areas. The Mitterberg area is located in South Tyrol (Alto Adige); the cross-province area Weinberg Dolomiten or Vigneti delle Dolomiti consists of vineyards in the provinces of Bolzano (Bolzano) and Trento (Trento). 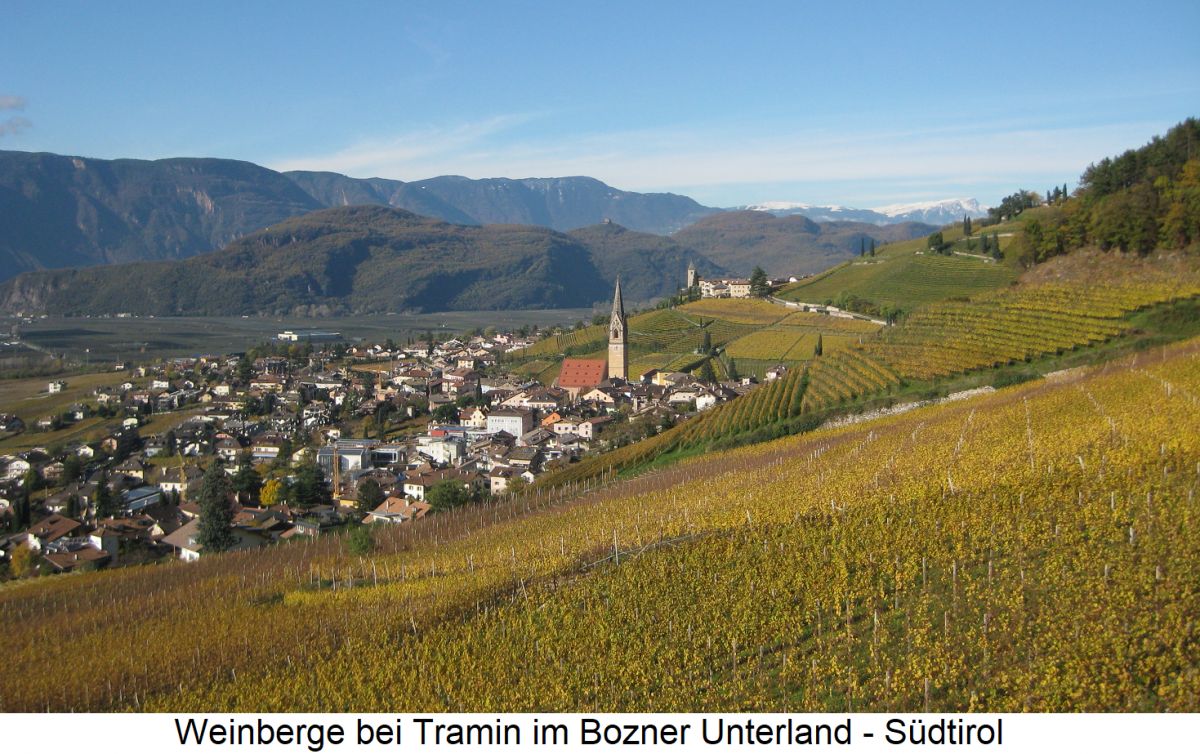