One of the eight specific wine-growing areas in the Austrian province or generic wine-growing region of Lower Austria. Viticulture was already practised here by the Celts before the birth of Christ. In the municipality of Stillfried, grape seeds of the cultivated vine Vitis vinifera were found and dated to 900 BC. This makes it one of the oldest wine-growing communities in Central Europe, along with Zagersdorf in Burgenland. The typical Weinviertel wine is named Brünnerstraßler after an old trade route from Vienna to Brno in the Czech Republic. The gently hilly area north of the Danube borders the Czech Republic in the north and stretches from the Manhartsberg in the west to the border with Slovakia in the east. 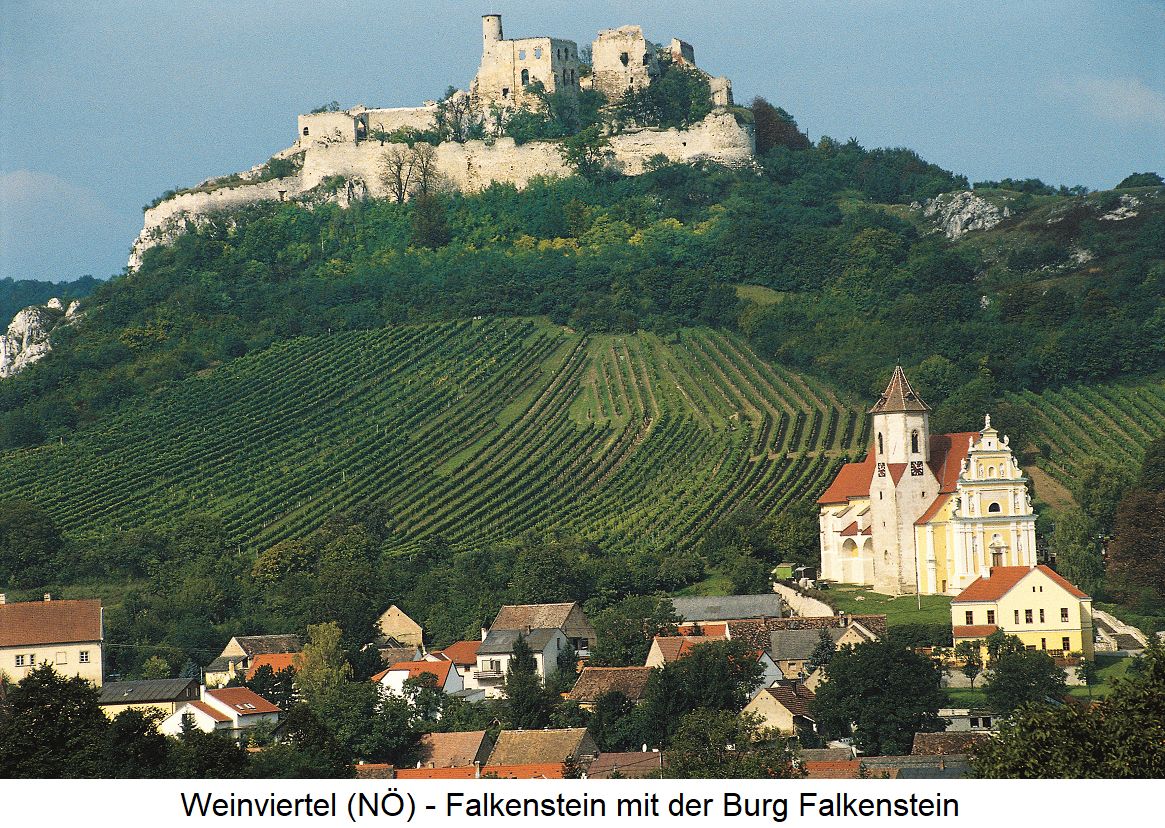 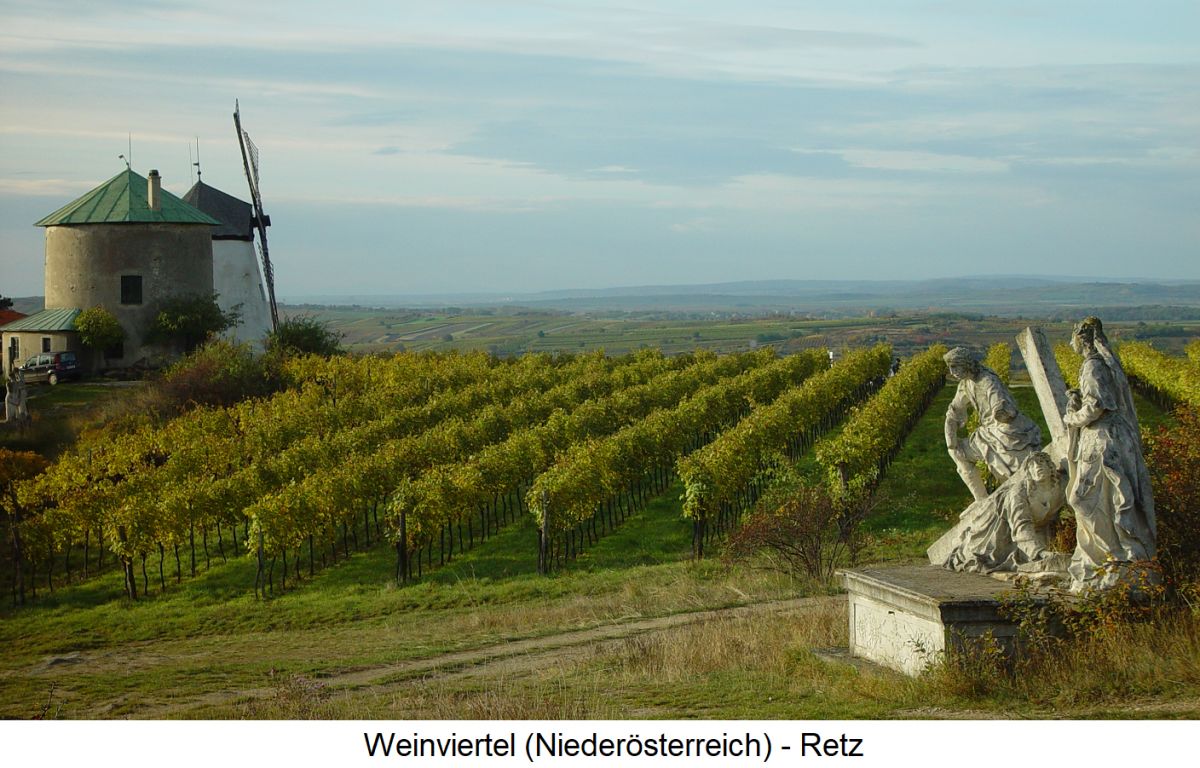 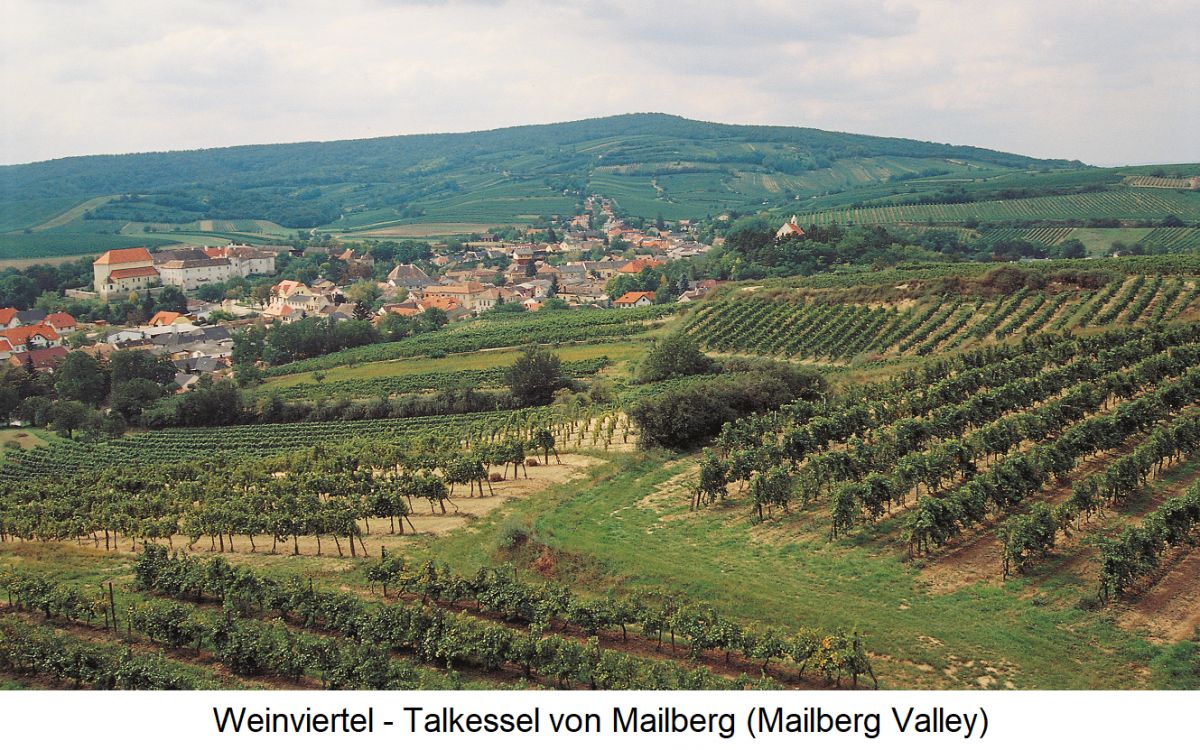 The soil types are very diverse due to the very widely spread area, but loess, loam, primary rock and black earth soils dominate. The climate is continental, with a Pannonian influence only in the far east. The summers are predominantly hot and dry and the winters cold. The vineyards are situated between 200 and 250 metres above sea level. The best vineyards are in locations with a particularly favourable microclimate, these are Bisamberg, Falkenstein, Mailberg and Retz. In 2001, the "Weinviertel Wine Route" was founded to promote wine and cultural tourism. Over a length of more than 130 kilometres, 150 municipalities with more than 500 winegrowing enterprises are involved. 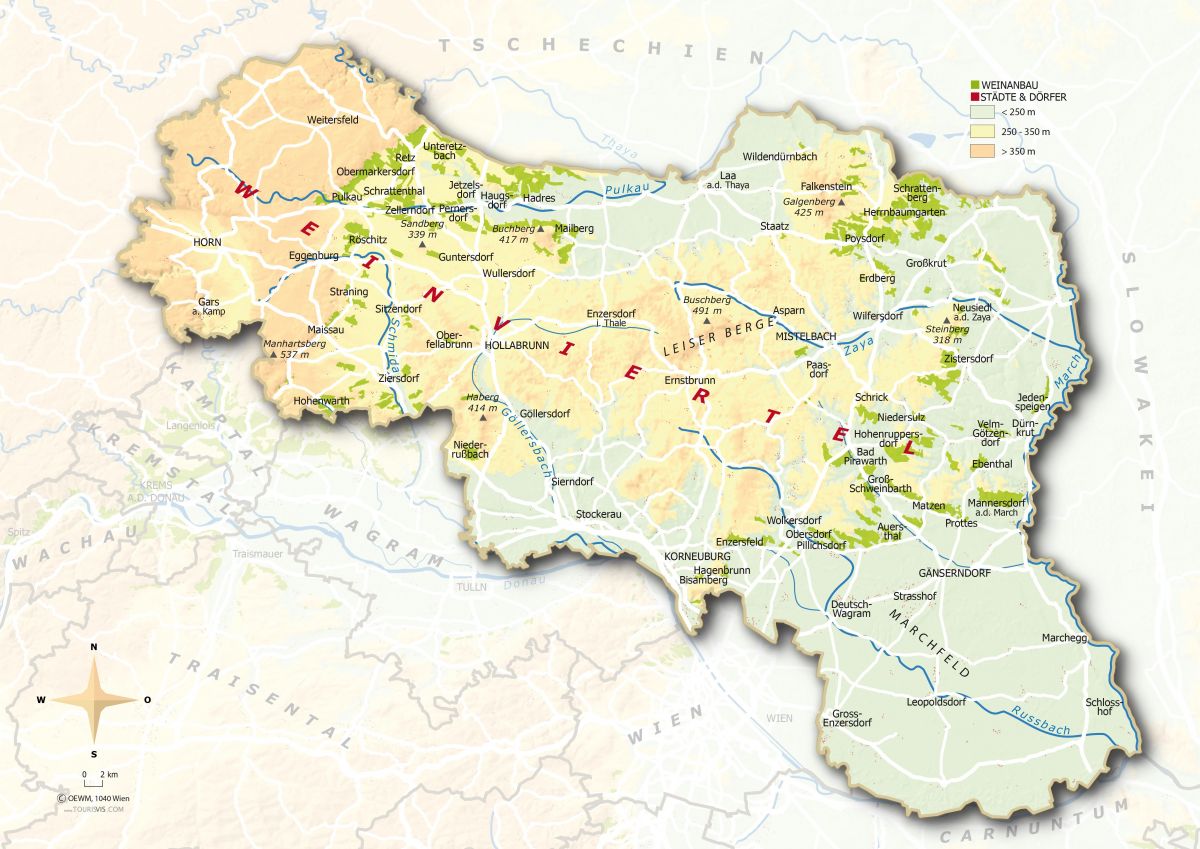 In 2015, vineyards covered 13,858 hectares of vineyards. With about 30% of Austria's total area, the Weinviertel is by far the largest wine-growing region. Compared to 2009 with 13,356 hectares, this was almost identical. The share of red wine varieties is 24.4%, the share of white wine varieties 75.6%. The Grüner Veltliner dominates with almost half, which is why the area is also called "Veltliner-Land".

Starting with the 2002 vintage, the origin-controlled Weinviertel DAC quality level was introduced. It was the first Austrian wine-growing region to follow the new origin-oriented DAC system. All other quality wines must be marketed with the origin Lower Austria, the country wines under the winegrowing region designation Weinland. In addition to the generally valid DAC conditions, the following rules apply in particular in a two-level hierarchy:

Classic: The wine must have been prepared from Grüner Veltliner. It must be dry with a maximum of 6 g/l residual sugar (standard for dry would be 9 g/l). The alcohol content must be at least 12% or (from the 2010 vintage) a maximum of 12.5% by volume, and in exceptional years declared by decision of the regional committee also 13% by volume. Typical characteristics are a pale yellow to greenish yellow colour, a typical varietal bouquet and a fruity, spicy, peppery taste. The wine must have neither a botrytis note nor a woody note (toast aroma) and must not have a one-sided alcoholic taste. The indication of a Großlage is not permitted; a municipality and a vineyard may be indicated as smaller geographical units. An application for the national test number may be submitted as of 1 January of the year following the harvest. However, in the case of a positive decision, marketing may not take place before 1 March of that year.

Reserve: This level for stronger wines was only introduced with the 2009 vintage. The wine must have a dense structure with a long attack. A delicate hint of botrytis or wood is permissible. The existing alcohol content must be at least 13% vol. Bottling must take place within the production facility and in the Weinviertel. The bottles must be provided with a specific capsule. Grapes, but not must, may be purchased. An application to obtain the state tasting number may not be submitted before 15 March of the year following the harvest. At least four out of six tasters must agree that the wine complies with the regulations from a sensory point of view.