The wine-growing region named after a tributary of the Rhine is located in the federal state of Rhineland-Palatinate in Germany. The Ahr rises in the Eifel and flows into the Rhine south of Bonn. The vineyards cover 563 hectares of vines on south-facing steep slopes in the lower and middle parts of the deeply incised river valley over a length of about 25 kilometres. In 2014, a significant decision was made in the Ahr Valley towards ecologically sound, sustainable viticulture. As the first wine region in Germany, the use of insecticides is dispensed with across the board. At the "Gourmet & Wine" event series, restaurateurs work together with top vintners and bring culinary delights into harmony with art and culture.

In the upper region between Altenahr and Marienthal, slate weathered soils predominate in the narrow valley areas. Here the vineyards reach almost to the river. In the lower region between Walporzheim and Heimersheim, the soils are mainly loess loam, which has been weathered by stones. In the steep terraced sites, soils, rocks and vineyard walls made of slate and greywacke store the sun's heat and release it back to the vines at night, creating a mild, Mediterranean microclimate with relatively high temperatures. 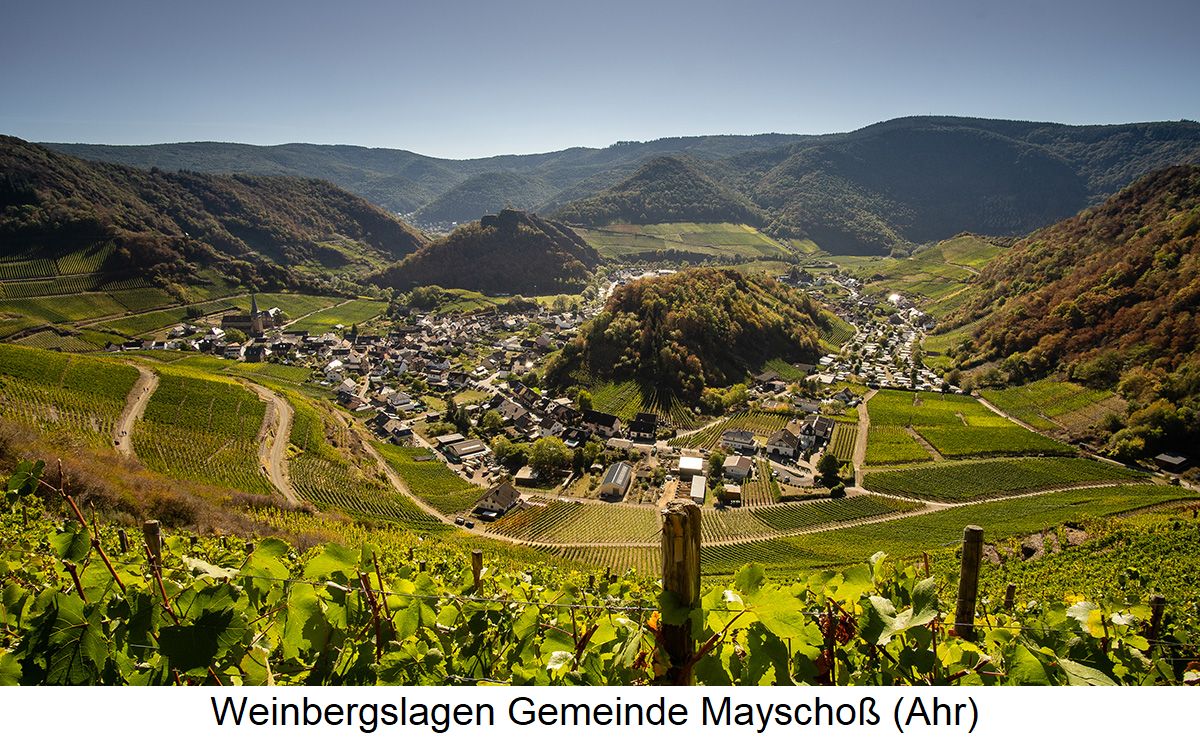 The only area is called Walporzheim-Ahrtal, which consists of the single Großlage Klosterberg with a total of 43 individual vineyards. The wine-growing communes with their single vineyards are:

There were no serious changes compared to 2009. Although the Ahr Valley is the most northerly German wine-growing region, more than four-fifths of the grapes cultivated here are red varieties. Pinot Noir (Spätburgunder) dominates with two thirds of the total area. The supremacy is also underlined by the "Ahr-Rotweinstraße" and the parallel "Rotwein-Wanderweg". The status 2018 (0 = less than 0.5 ha):