The Italian region with the capital Perugia lies in the heart of Italy and is one of the few that does not border on a sea. Viticulture existed in Umbria on both sides of the Tiber River even before the Romans in the time of the Etruscans and the eponymous Umbrians. Archaeological finds and more than 3,000-year-old wine cellars, painstakingly driven into the volcanic rocks, are historical witnesses to this. After the fall of the Roman Empire, viticulture came to a complete standstill for centuries. It was not until the 1950s that a new beginning was made. In terms of landscape, climate and soil, the area is very similar to the neighbouring region of Tuscany to the east and is ideally suited for viticulture. The cold months are relatively rainy, the summers are sunny and cooled by wind. 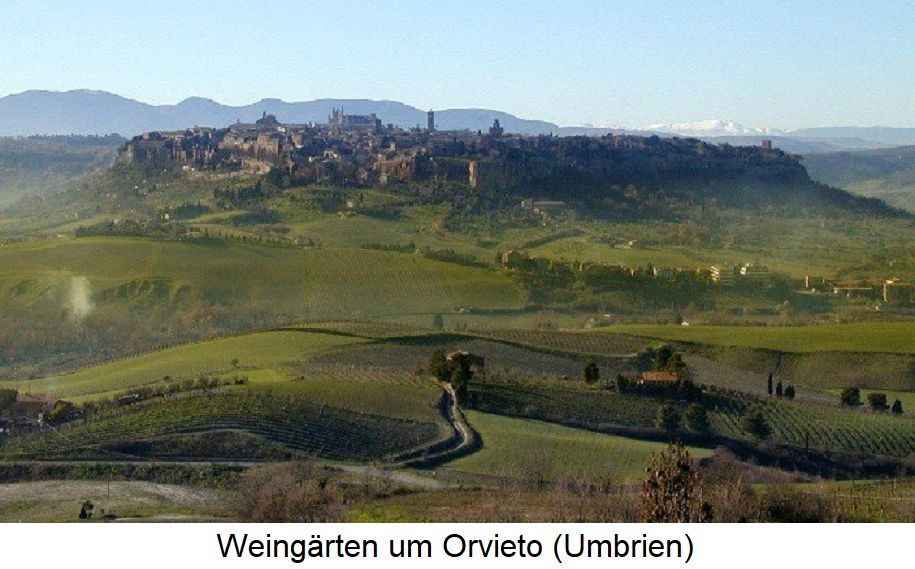 Sources of Purchase for Umbria 14

Lungarotti — Umbria 2019 Umbria IGT Sangiovese-Merlot Rosso
84 WP good 8.95 €
Where can you buy this wine?
All wines

In this section you will find
currently 145,317 Wines and 22,930 Producers, including 2,442 classified producers.
Rating system Their sources in Wine Guide Wine Samples