DO area in the north-western Spanish region of Galicia. The name means "Sacred Shore" and refers to numerous monastery foundations in the 12th and 13th centuries. To the west is Rías Baixas. The beautiful landscape with lush forests and vineyards is crossed by three rivers. The area is divided into six subzones: Amandi, Chantada, Quiroga-Bibei, Ribeiras do Miño, Ribeira do Sil-Ourence and Sober. According to legend, wine from Amandi was the favourite of the Roman Emperor Tiberius (42 BC - 47 AD). The mostly very steep, terraced vineyards on weathered slate and granite soil cover 1,200 hectares. The vineyards are located on both sides of the rivers Sil and Miño in the northwest of the province of Ourense and in the southern part of the province of Lugo. The most important variety is the red Mencía, which accounts for about 50% of the total, and at least 85% of the red wines must contain this variety. It is followed by the red Garnacha Tintorera and the white varieties Albariño(Alvarinho), Godello, Loureiro and Treixadura(Trajadura). The many varieties of wine that are blended are called "Xenérico" (general varieties), but the aim is to produce wines. 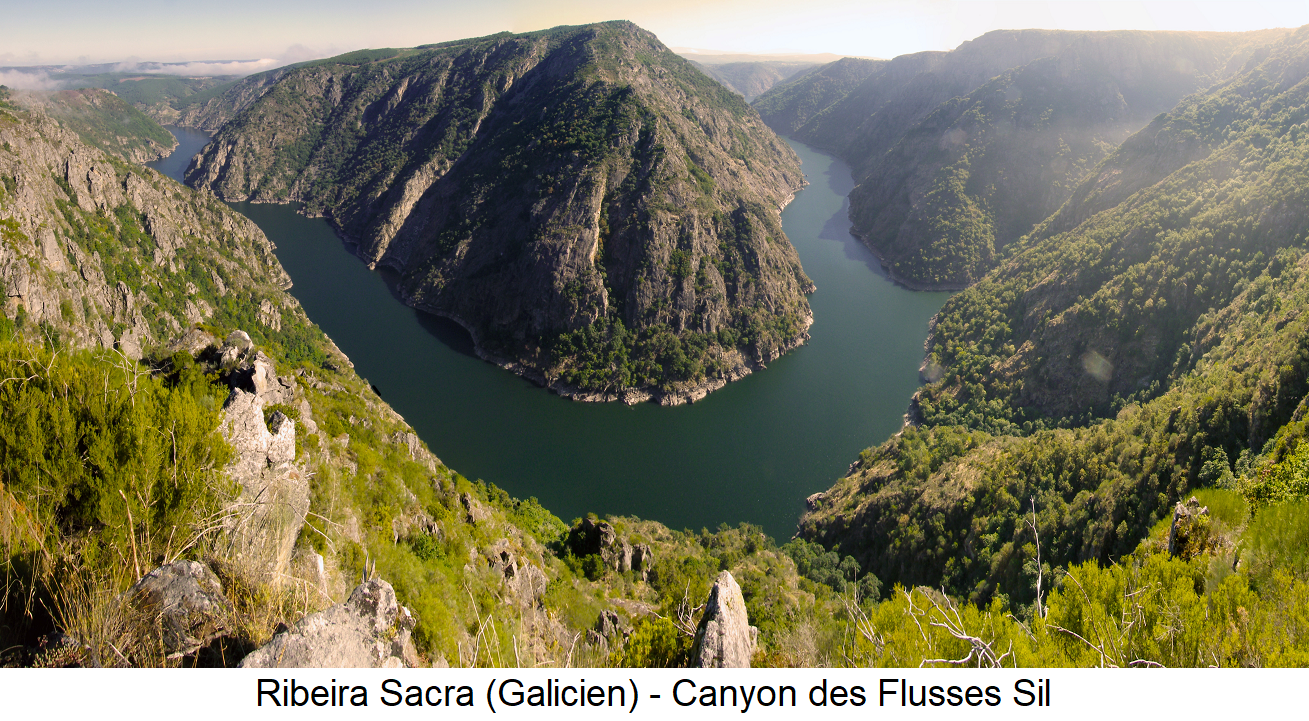