DO area (Spanish: Rías Bajas) in the province of Pontevedra in the south-west of the north-western Spanish region of Galicia on the Atlantic coast on the border with Portugal. The name means "lower bays" and is the designation for four narrow sea bays reaching deep into the land, which were formed from flooded valleys of the rivers Ría de Muros y Noia, Ría de Arousa, Ría de Pontevedra and Ría de Vigo. There are five subzones, in all of them dominated by the white grape variety Albariño(Alvarinho), which occupies 95% of the vineyards: 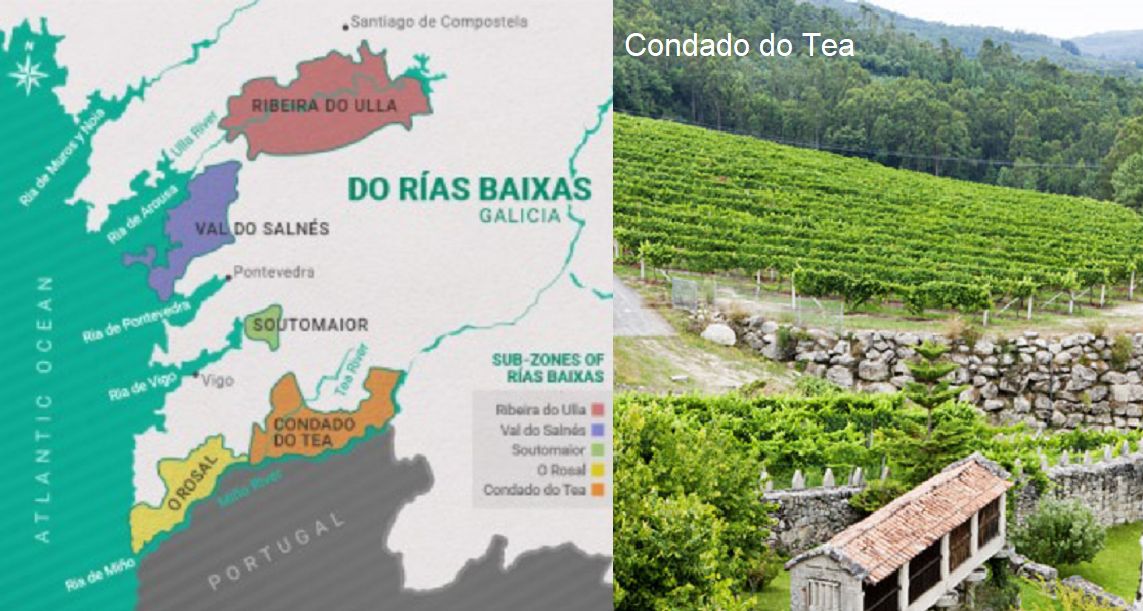 Caused by the Atlantic winds, there is precipitation of up to 1,300 millimetres a year (three times as much as in Rioja). The humid and cool climate favours the development of fungal diseases. The vineyards cover a total of around 2,500 hectares. Most of them produce fresh, sparkling, dry white wines that are among the best in Spain. By the way, they were already exported to the whole of Europe in the 16th century. They are mostly subjected to malolactic fermentation.

In this section you will find
currently 143,997 Wines and 22,860 Producers, including 2,396 classified producers.
Rating system Their sources in Wine Guide Wine Samples