Unfortunately there is no information about D.O.Q Priorat available.

The DOCa area (Priorat in Catalan) in the middle of the province of Tarragona in the Spanish region of Catalonia is named after the monastery Priorato de Scala Dei (Priorate of the Ladder of God). According to legend, a shepherd boy saw angels descending on a "ladder to heaven" in the middle of the 12th century. As a result, Carthusian monks founded the monastery named after this incident in 1163. Wine is mentioned by the Franciscan monk Francisc Eiximenis (1340-1409) in his work "Lo Crestia". He describes the "decent drinking of wine" and advises mixing the strong wine from the priory with water. Already in the Middle Ages, Priorato was one of the most important wine-growing regions in Spain. The decline began in 1835 when the monks left the monastery. Then, towards the end of the 19th century, phylloxera came and destroyed the then 17,000 hectares of vineyards. Only a small part of it was replanted afterwards. 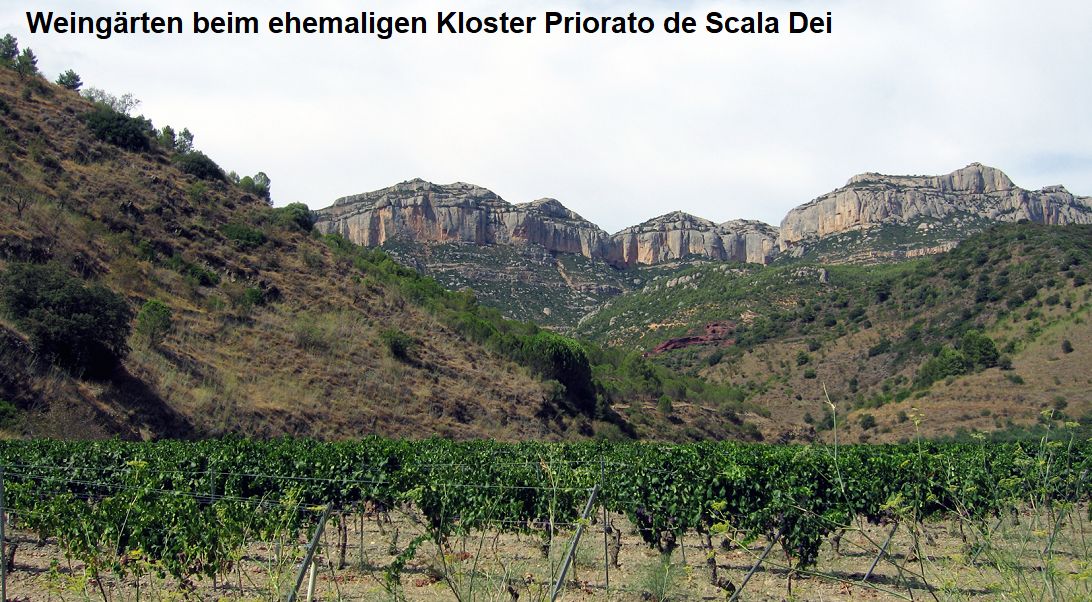 From the mid-1980s onwards, "young, wild winemakers" such as Álvaro Palacios from the eponymous winery, René Barbier (Clos Mogador), Adrian Garsed, Dafne Glorian and Carles Pastrana (Costers del Siurana) established the area's current fame. However, the biology professor José Luis Pérez (owner of the Mas Martinet and Cims de Porrera wineries) is considered the real discoverer. Through numerous experiments, he recognised the great potential of the Garnatxa (Garnacha Tinta) and Carinyena (Mazuelo) vines, some of which are over 100 years old, which were recultivated and ecologically farmed according to the latest oenological findings. He also acted as a mentor for the winegrowers. French varieties were introduced to complement the autochthonous varieties and new techniques such as barrique ageing were introduced for this area. 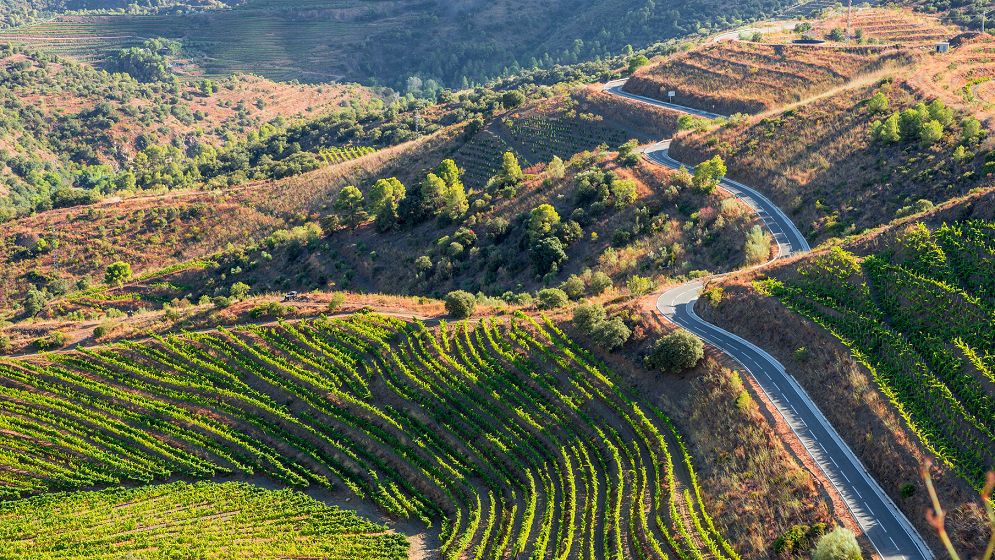 Today Priorato covers 1,600 hectares of vineyards in the eleven municipalities of Bellmunt, Falset, Gratallops, La Morena de Montsant, La Vilella, Mola, Lloá, Poboleda, Porrera, Scala Dei and Torroja. It is almost surrounded by the Montsant DO area. The vineyards on terraces or steep slopes are located between 100 and 700 metres above sea level on the Sierra de Montsant, some with extreme slopes. They are among the steepest vineyards in Europe. The climate is mild, with Mediterranean influences and dry summers. The Siurana (Ebro tributary) flows through the area, whose soils, ideally suited for viticulture, are of volcanic origin and consist of small-leaved slate (Llicorella). Due to the special terroir and the often extremely low yields of max. 10 hl/ha and less, the red wines in particular are among the most famous and most expensive in Spain