The region in Portugal lies between Lisbon in the north, the border with Spain in the east, the Algarve region in the south and the Atlantic Ocean in the west. The entire region is classified under Alentajano as IGP for country wines. The vineyards cover 20,000 hectares of vines. Within the area defined as DOC are the eight sub-areas of Borba, Évora, Granja-Amareleja, Moura, Portalegre, Redondo, Reguengos and Vidigueira. These were formerly declared as IPR areas (DOC precursor) (which still appears on older labels ), but are now listed as optional sub-areas alongside DOC Alentejo. Viticulture was established here by the Phoenicians long before the turn of time. The Romans who came afterwards named the newly conquered province Lusitania and brought their viticultural knowledge and vines with them. After Roman rule, however, viticulture led a shadowy existence for many centuries. Until the end of the 1970s, Alentejo was not known for its wine, but mainly for its huge wheat fields (therefore also called the "bread basket of Portugal"), for its numerous olive trees and for the cork oak forests scattered among the wheat fields. More than half of the world's cork production comes from Portugal, and by far the largest part of that from Alentejo. 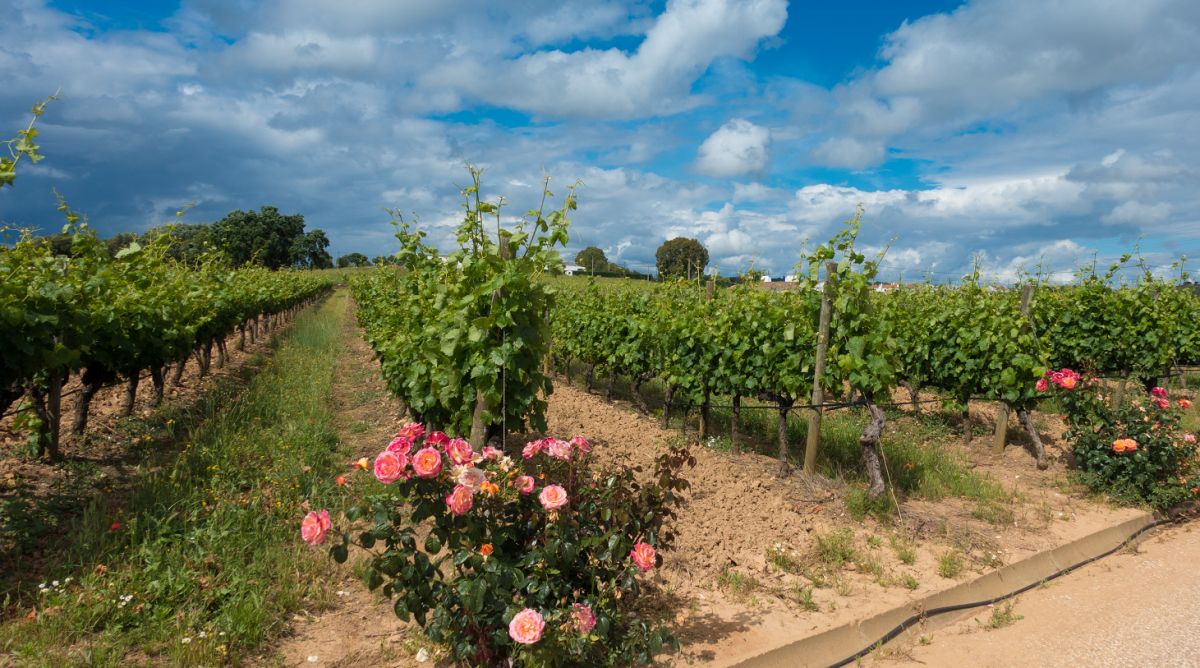 From the 1980s onwards, the focus was on quality viticulture. Wine from Alentejo developed into a fashionable wine, which is why the region is also called the "California of Portugal". The climate varies between Mediterranean and continental with large temperature fluctuations between day and night as well as summer and winter. Due to the hot, dry and almost rain-free climate with summer temperatures of up to 40 °Celsius, artificial irrigation is sometimes necessary. The grapes reach their peak of ripeness, with the harvest taking place as early as mid-August. About two thirds of the red wines are produced from Aragonez (Tempranillo), Alfrocheiro, Alicante Henri Bouschet, Arinto, Cabernet Sauvignon, Carignan Noir (Mazuelo), Castelão Francês, Grand Noir, Moreto do Alentejo and Trincadeira Preta. The white wines are made from Antão Vaz, Chardonnay, Diagalves, Roupeiro (Síria) and Perrum (Pedro Ximénez). There are some huge wineries here with several hundred hectares of vines. Well-known producers are Cartuxa, Cortes de Cima, Herdade de Mouchão, Herdade do Esporão, João Portugal Ramos (Marqués de Borba, Vila Santa), José da Sousa (Fonseca) and Quinta do Carmo (Domaines Barons de Rothschild).