The Italian region (Ital. Abruzzi) with the capital L'Aquila is located east of Rome with an Adriatic coast about 130 kilometres long. It is divided into the provinces of Chieti, L'Aquila, Teramo and Pescara. Viticulture was introduced here by the Etruscans as early as the 7th century BC. The Greek historian Polybios (210-120 BC) mentions in his History of the Roman Empire, in the part about the Carthaginian general Hannibal (247-183 BC), that the wines from here were particularly suitable for strengthening the soldiers. The Roman authors Pliny the Elder (23-79) and Andrea Bacci (1524-1600) also praise the region. The region is dominated by the Apennines, which reach their highest peaks here with the Corno Grande (2,912 m) and Monte Amaro (2,795 m). About two thirds are mountainous and one third hilly. Vineyards are also partly cultivated at high altitudes up to 600 metres above sea level at the foot of the mountain massif. The Mediterranean climate is characterised by warm and dry summers with large temperature differences between day and night and cool and damp winters. The vineyards cover around 33,000 hectares of vines on limestone, clay, sand and gravel soils. 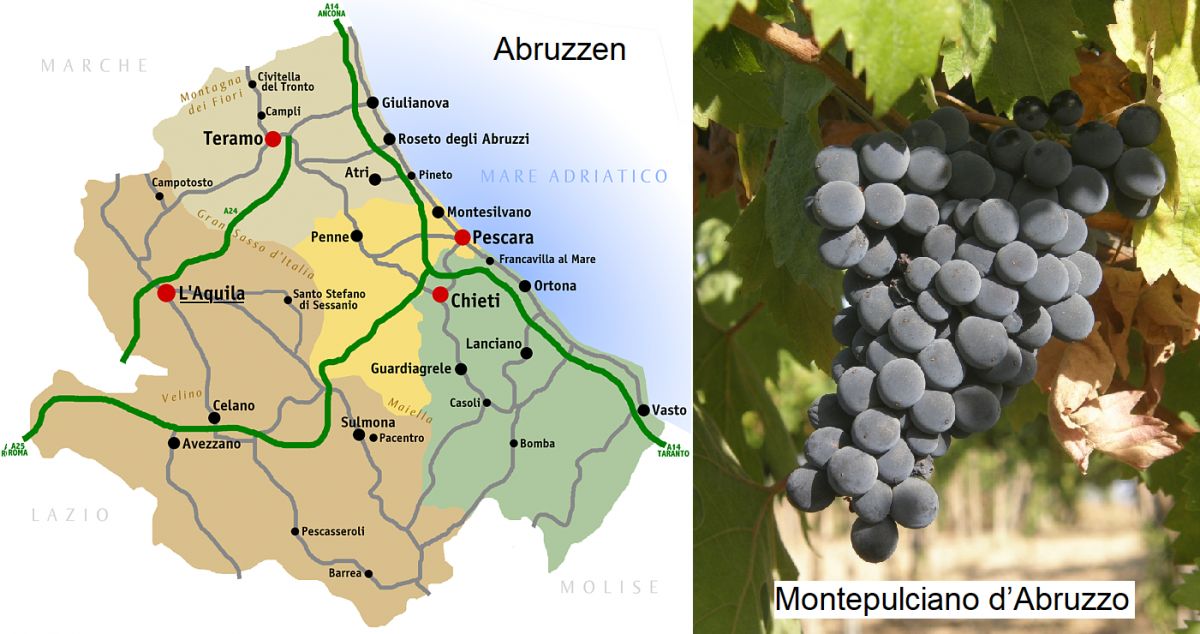