The appellation is located a few kilometres southwest of the Chablis area and southeast of Auxerre in the northwest of the Yonne department in French Burgundy. The former VDQS area "Sauvignon de Saint-Bris" was classified as AOC in 2003. Before the introduction of the appellation regulation, the wines from here were allowed to be called Chablis. The vineyards cover around 130 hectares of vines in the communes of Chitry, Irancy, Quenne, Saint-Bris-le-Vineux and Lottes. As a novelty for Burgundy, the white wine is made from Sauvignon Blanc and Sauvignon Gris. Wines from Pinot Noir or Chardonnay are marketed as Bourgogne Côtes d'Auxerre. Well-known producers are William Fèvre, Dom. Sainte-Claire and Dom. Sorin de France. 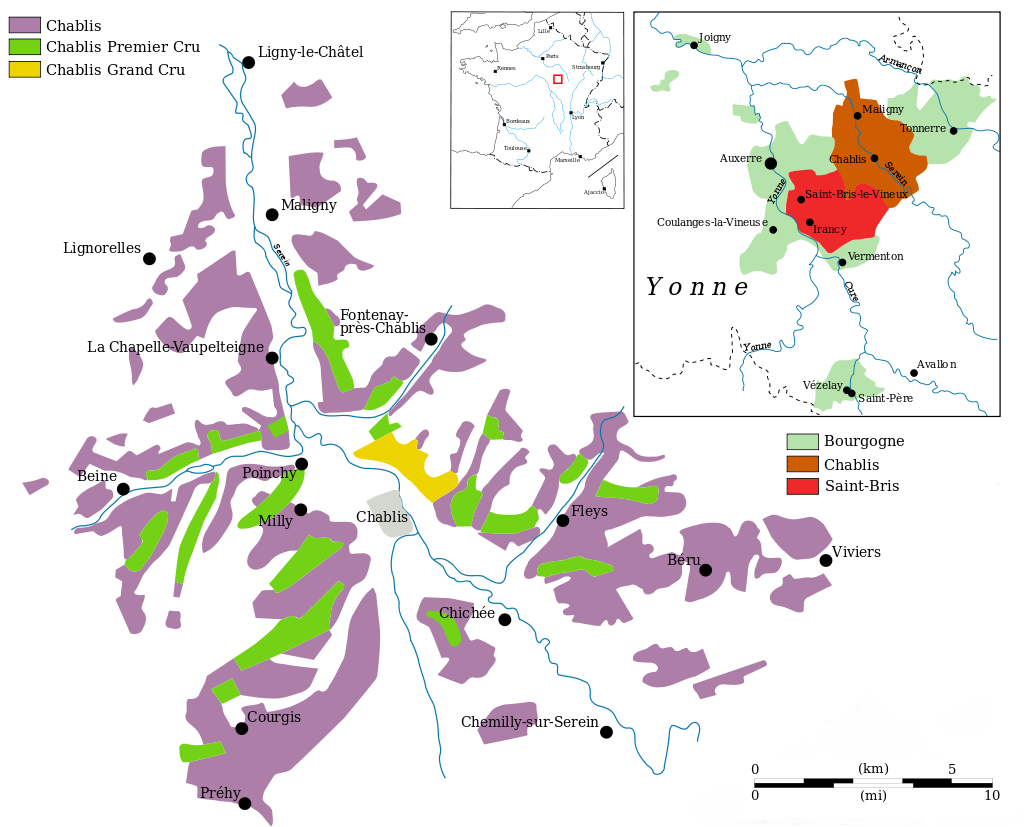 From DalGobboM¿!i? - Own work, GFDL, Link