The region in the east of France covers 32,000 km². The capital is Dijon, home of the Université de Bourgogne, but the wine capital is Beaune. Administratively, it is divided into four departments: Côte d'Or, Nièvre, Saône-et-Loire and Yonne. However, the wine-growing region of Burgundy does not coincide with this. The wooded Nièvre with its oak wood for the production of barrique barrels is in fact part of the Loire wine-growing region. The Rhône department (not to be confused with the Rhône wine-growing region), home of Beaujolais, lies in the south and has a great deal of autonomy. Administratively, it belongs to the Rhône-Alpes region, but is counted as part of the Burgundy wine-growing region. The department of Yonne, which lies to the north and includes the Chablis area, is also known as Basse-Bourgogne. 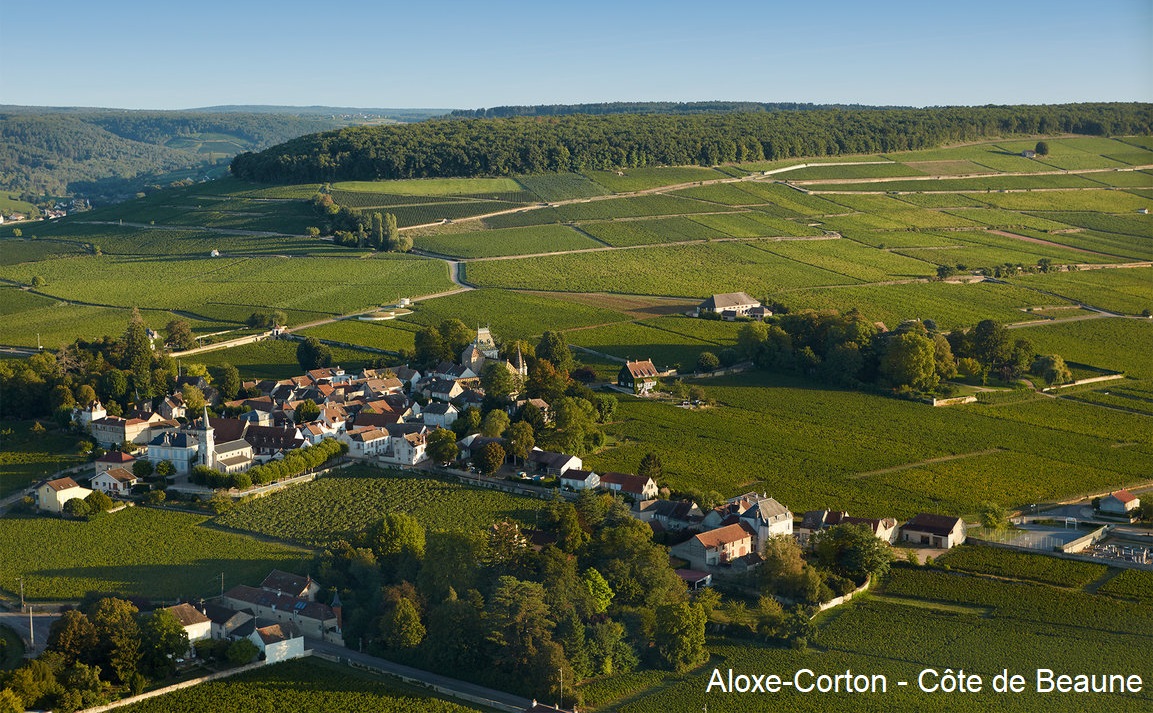 Burgundy is one of the oldest and most important wine-growing regions in France. Viticulture was influenced by the Greeks even before the Romans came later. They supplied wine and art objects to the Celts (Gauls) who lived here at that time. The famous crater of Vix (a mixing jug for wine) in a Celtic princess tomb from the 6th century BC testifies to the trade between the two peoples. The first evidence of viticulture dates back to 312 from a letter to Emperor Constantine (288-337). Bishop Gregory of Tours (538-594) wrote in his history of the Franks that a noble wine comparable to the Falernian grew in the mountains west of Dijon.

According to a legend that can of course no longer be verified, Emperor Charlemagne (742-814) owned a vineyard in the commune of Aloxe-Corton that still exists today. Burgundy consisted of two kingdoms from the year 879 and was an independent duchy for the long period from 947 to 1493. The great importance of the Catholic Church for French and European viticulture is inextricably linked to the Cistercians. This order was founded in the monastery of Cîteaux in 1098 by Robert de Molesme. In 1308, Avignon was founded as a place of exile for the popes. They feasted on "Beaune wine" and in 1364 Pope Urban V (1310-1370) issued a bull in which, under threat of excommunication, he forbade the abbot of Cîteaux to send even a drop of Beaune wine to Rome.

Under the Burgundian Duke Philip the Good (1396-1467), the famous Hospices de Beaune were founded in 1443, the income from which comes from a vineyard and has been used for 600 years now to care for the elderly and the sick, with annual auctions held since 1859. The duke is credited with personally selecting a variety of Pinot Noir and prescribing it as the compulsory grape variety for the area. He also enacted laws that were already a kind of appellation system in Burgundy at the time. At that time, wine from Beaune was among the most famous in the world. In 1728, the clergyman Claude Arnoux (1695-1770) published the book "La Situation de la Bourgogne", in which he described Burgundy wines and how they were made.

The history of Burgundy viticulture was very changeable in the following centuries. In the 1930s, late effects of the First World War (1914-1918), temperance movements and several years of poor harvests led to a major sales crisis that forced many estate owners to sell their vineyards. Two Burgundian patriots therefore founded the wine fraternity Confrérie des Chevaliers du Tastevin in 1934 to preserve the tradition of Burgundy wine. It organises annual events such as Les Trois Glorieuses and Saint-Vincent Tournante.

More than 10,000 winegrowers cultivate around 40,000 hectares of vines. Most of them own only one or two hectares, which is why Burgundy is also known as the "land of small plot owners". Only about a third of them exclusively cultivate vines. The large vineyards here are not called "Château" as in Bordeaux, but mostly "Domaine". The very diverse soils consist of granite and slate, marl and limestone as well as gravel and clay. The largely continental climate is characterised by cold winters and relatively short summers due to the northern location. In the months of May and June as well as October there is often abundant rainfall.

The terroir concept plays a major role in the centrally organised quality classification system for the appellations. Small plots of land next to each other are often completely different. For example, in the Côte de Nuits area, around 60 different soil types have been identified, distinguished by physical and chemical characteristics, slope, etc., which have led to classification into quality classes. Every single vineyard (Cru, Climat) in the Côte d'Or and in Chablis (not in Beaujolais and Mâconnais) is precisely recorded. The system, which applies to the entire region with more than 100 appellations, is considered complicated, but compared to the Bordeaux classification it is uniform. It is largely based on the system created by Jules Lavalle (1820-1880) in 1861. This is described in detail under Burgundy Class ification.

From the 1990s onwards, Burgundy began to rethink its approach to natural viticulture. Anne-Claude Leflaive, the owner of Domaine Leflaive, warned of the consequences of exploitative cultivation and predicted that there would be no more Burgundian vineyards and no more wines in the foreseeable future if the soils were not taken care of. Her vineyard and also the famous Domaine de la Romanée-Conti converted to biodynamic vit iculture and were thus pioneers not only in Burgundy, but all of France and other countries for organic viticulture.

They produce about 75% white wines and 25% red and rosé wines. The big difference to Bordeaux and most other French regions is that the wines are mostly produced from single varieties. Due to the climatic conditions, early-maturing varieties are best suited. The four dominant varieties are Chardonnay and Aligoté for white wines, and Pinot Noir and Gamay (Beaujolais) for red wines.

The largest areas (where other appellations are listed):

The Côte d'Or - aptly named "Golden Slope" - is the heart and showpiece of Burgundy with many famous wine communes as independent appellations. The best red wines grow in the northern part of Côte de Nuits in the communes of Chambolle-Musigny, Gevrey-Chambertin and Vosne-Romanée with many highly classified climats/sites (Grands Crus and Premiers Crus). Top white wines come from Aloxe-Corton, Chablis, Meursault and Montrachet (Chassagne-Montrachet and Puligny-Montrachet). Burgundy's top growths are among the best and most expensive wines in the world.