One of the three wine growing regions in Slovenia in the west of the country on the border with Italy. The name means "by the sea", although only a relatively small part is located on the Adriatic coast. The climate is characterized by a hot summer and an autumn with often strong thunderstorms. In addition, viticulture is also influenced by the cold north wind "Bora". The vineyards cover a total area of 8,081 hectares. The region is divided into four wine-growing areas: Gorika Brda (Gorizia Hills) with 1,992 hectares, Kras (Karst) with 753 hectares, Slovenska Istra (Slovenian Istria) with 2,331 hectares and Vipavska Dolina (Wippach Valley) with 3,005 hectares of vineyards. These are the extension of the two Italian wine regions of Carso and Collio Goriziano in Friuli, which incidentally have very similar geological and climatic conditions. 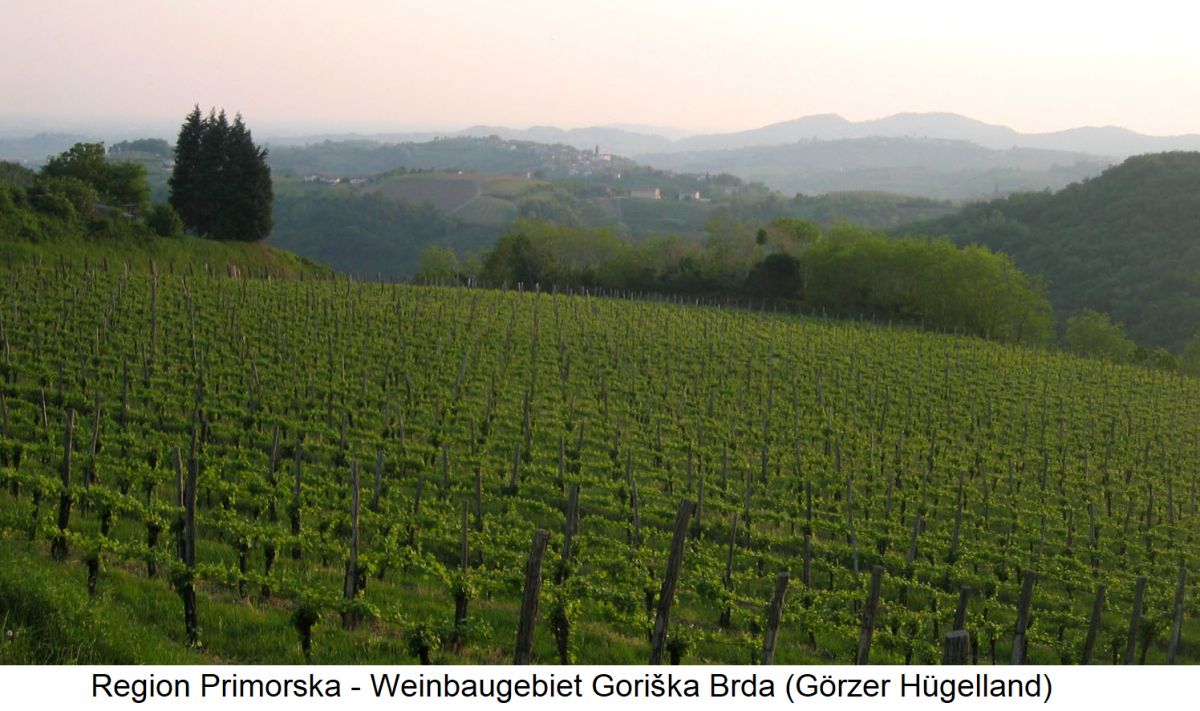 Red and white wines are produced in equal parts, with white wines dominating in the other two Slovenian wine-growing regions. Important red wine varieties are Cabernet Sauvignon, Merlot and Pinot Noir, as well as Refošk(Terrano). From the latter variety, the famous PTP quality wine Kras Teran is pressed in the Kras region, which grows on the ferrous soil called Teran. This might be a successor to the ancient wine Pucinum mentioned by Pliny the Elder (23-79). A well-known quality white wine of protected origin is Vipavec. Important white wine varieties are Chardonnay, Sauvignon Blanc, Sivi Pinot(Pinot Gris), Rebula(Ribolla Gialla), Pinela(Pinella), Pikolit(Picolit), Vitovska and Zelen. The Vinakoper winegrowers' cooperative on the Adriatic coast is one of the largest wineries, with around 500 hectares of vineyards. Other producers are Guerila and Movia.