Unfortunately there is no information about Mâcon AOC available.

Historical landscape and former county in the department of Saône-et-Loire in the region of Bourgogne-Franche-Comté, whose name derives from the city of Mâcon. It is part of the Burgundy wine-growing region. The Roman poet Ausonius (310-395) already mentioned the wines from this region. In the 11th and 12th centuries, the Cistercians planted vines here on a larger scale. The area became famous in 1660, when the winegrower Claude Brosse delivered wine to the royal palace in Versailles and there, at a fair, caught the eye of the French "Sun King" Louis XIV (1638-1715) because of its unusual size. The king approached him, tasted his wine after the fair and was so enthusiastic that the royal court was regularly supplied with it. A small but essential part of the landscape for viticulture is called Haut-Mâconnais. This part roughly corresponds to the boundaries of the former canton of Lugny with its capital Lugny.

The inhabitants of the area live mainly from viticulture, either directly or indirectly. The various appellations cover a total of almost 7,000 hectares of vineyards along the river Sâone in a strip 50 kilometres long and 15 kilometres wide, and lie between the two areas of Côte Chalonnaise in the north and Beaujolais in the south. This makes Mâconnais the largest area in Burgundy, with about a quarter of the total area. There is also a commune of Chardonnay here, which was once thought to be the "birthplace" of the variety of the same name. Presumably, however, the place was named after the vine and not vice versa. The three soil types are clay-limestone soils with limestone rubble, clay and siliceous soils on granite and volcanic substrates, and silty soils. The climate is temperate oceanic with a continental tendency. Around 85% of white wines are produced from mainly Chardonnay with portions of Aligoté and Pinot Blanc. The 15% red and rosé wines are made from Pinot Noir and Gamay. 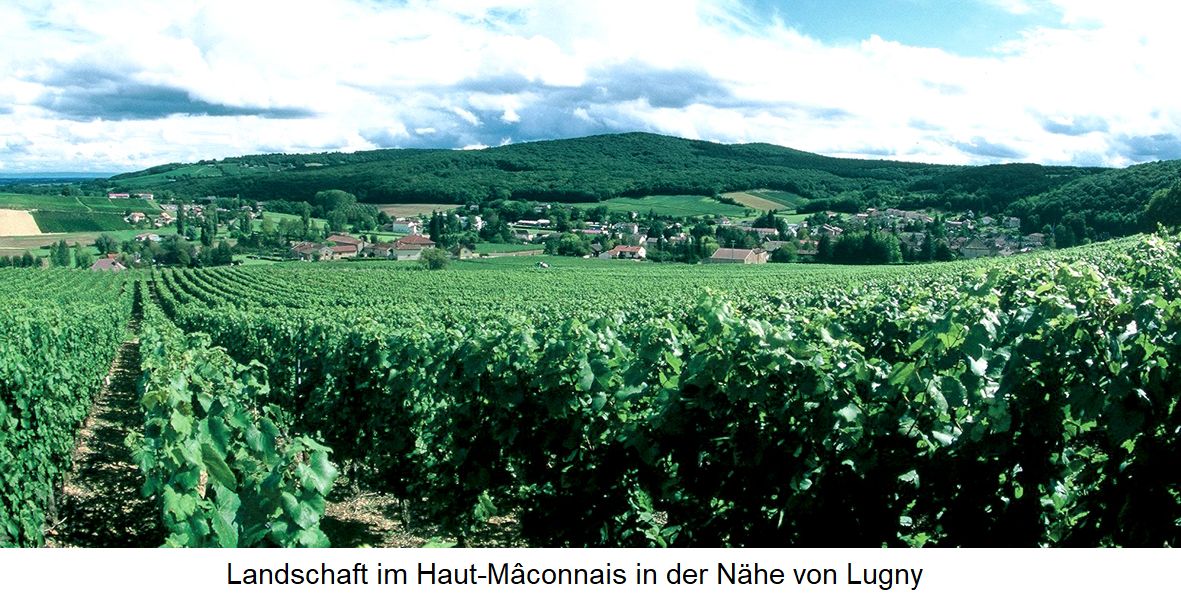 The Mâcon-Villages appellation covers 1,400 hectares of vineyards in 80 communes and applies only to white wines. The five communes of Pouilly-Fuissé, Pouilly-Loché, Pouilly-Vinzelles, Saint-Véran and Viré-Clessé are classified as independent appellations.