Unfortunately there is no information about Beaune AOC available.

The city in the Côte de Beaune area, the southern part of the Côte d'Or is considered the wine capital of French Burgundy (the political capital is Dijon). The town was founded as a Roman camp by Julius Caesar (100-44 BC) and was the seat of the kings of Burgundy until the 13th century. In 1443, under Duke Philip the Good (1396-1467), Nicolas Rolin (1376-1462) founded the world-famous "Hôtel Dieu" (Hotel of God), the Christian Hospices de Beaune, which was used as a hospital until 1971. In the 18th century, the first large wine trading houses such as Champy (1720) and Bouchard (1721) were established in the city. The annual auction of wines for charity is now a world event 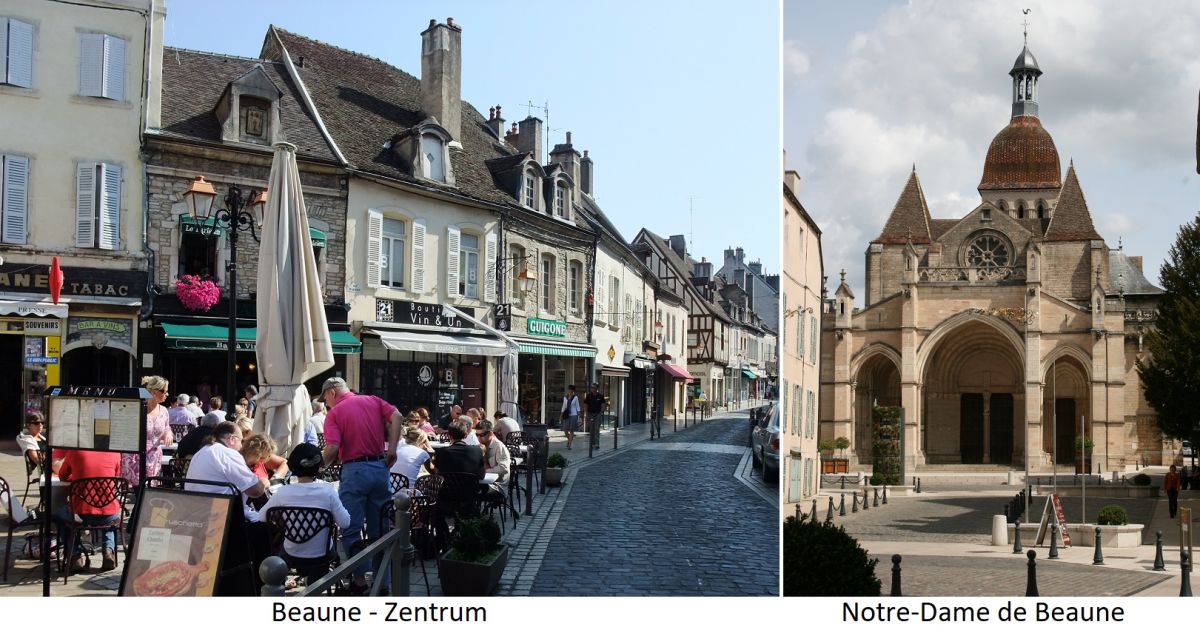 The town is still surrounded by walls and undercut by numerous wine cellars. The appellation of the same name, Beaune, covers 414 hectares of vineyards, 90% of which produce red wines from Pinot Noir with portions of Pinot Gris and Pinot Liébault. The few white wines are made from Chardonnay with portions of Pinot Blanc. There are no Grands Crus. The more than 40 Premiers Cr us cover 322 hectares of vineyards; the best known include Avaux, Bressandes, Cent Vignes, Champs Pimont, Clos des Mouches, Clos du Roy, Fèves, Gréves, Marconetts, Teurons and Vignes Franches. Well-known producers are André, Besancenot-Mathouillet, Bichot, Bouchard Père et Fils, Hospices de Beaune, Jadot, Joseph Drouhin, Louis Latour, Morot and Tollot-Beaut. An appellation close to the town is Côte de Beaune.

In this section you will find
currently 150,931 Wines and 23,432 Producers, including 2,232 classified producers.
Rating system Their sources in Wine Guide Tasting samples