The regional appellation in the eastern part of the middle Loire is named after the town and bishop's see of Tours. It adjoins Anjou-Saumur in the east of the region. Both the town and the wine growing go back to Roman times. Legend has it that pruning was invented here in the 4th century, when the donkey of the later canonised Martin of Tours ate young vine shoots. The name is derived from the Gallic tribe of the Turonians. The area was early called the Garden of France and was the favourite residence of the French kings during the Middle Ages and the Renaissance. Its numerous castles are well known, such as Amboise, Azay-le-Rideau, Chenonceau, Chinon, Loches and Villandry. In the Château Clos Lucé (belongs to the complex of the Château Amboise) lived Leonardo da Vinci (1452-1519) for three years until his death. 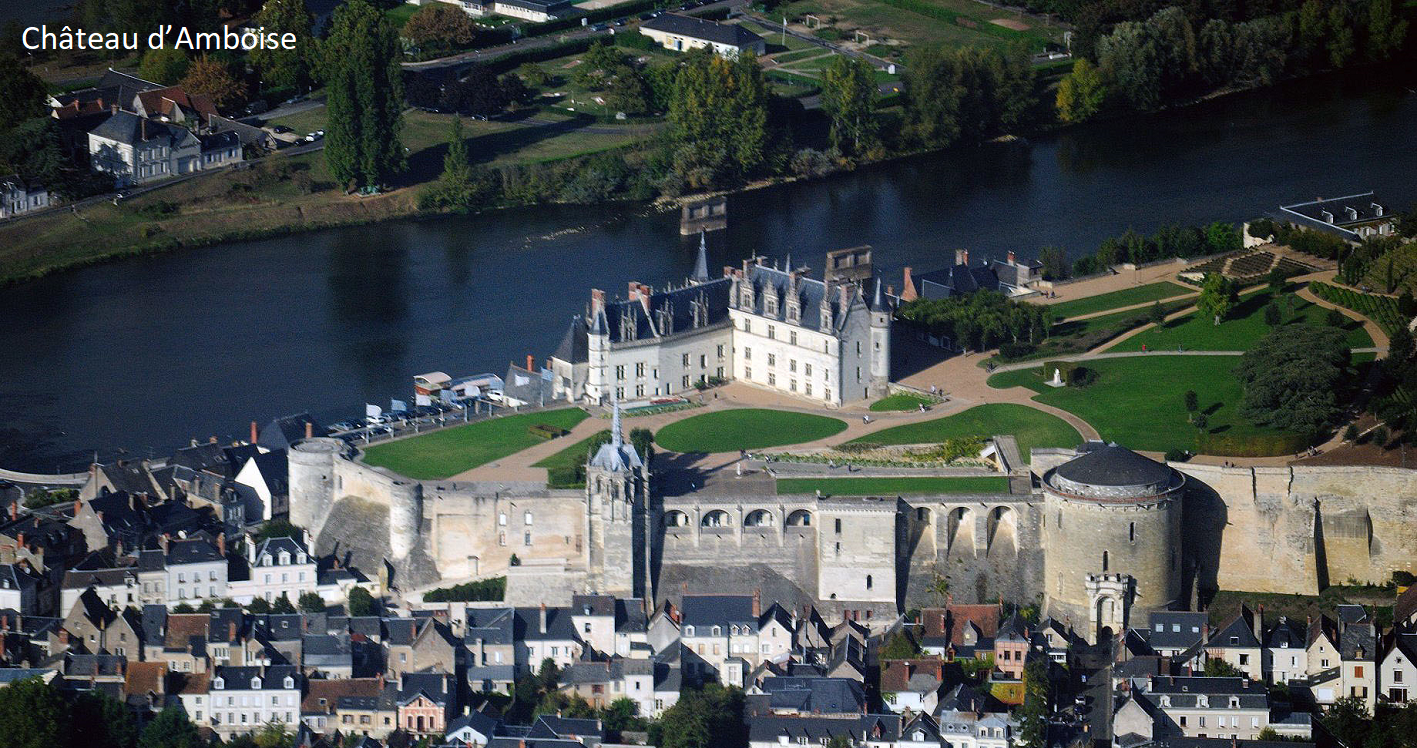 The vineyards cover 5,500 hectares of vineyards on steep slopes on both sides of the Loire and its tributaries the Cher, Indre and Vienne. Under the simple AOC Touraine, wines are produced that are rather young to drink. The white wines are blended from Sauvignon Blanc with shares of Chenin Blanc (here Pineau de la Loire), Arbois and Chardonnay. The red and rosé wines are made from Gamay (60% of the stock), Cabernet Franc (here Breton), Cabernet Sauvignon, Malbec(Cot), Grolleau Noir and Pineau d'Aunis.

There are also three municipal appellations with stricter regulations. The AOC Touraine-Amboise, covering 160 hectares in the commune of Amboise with seven surrounding communes, is valid for white, red and rosé wines. The AOC Touraine-Azay-le-Rideau with 150 hectares in eight communes on both banks of the Indre is valid for white and rosé wines. The 200-hectare Touraine-Mesland AOC, in the municipality of Mesland with five surrounding communes, covers white, red and rosé wines. The AOC Touraine Noble-Joué with 21 hectares of vineyards, classified as recently as 2001, applies to vin gris (rosé wine) made mainly from Pinot Gris, as well as Pinot Meunier and Pinot Noir. Such a wine from the area around the city of Tours was already appreciated at the court of the French King Louis XI. (1423-1483). The two AOC Touraine Mousseux and Touraine Pétillant are valid for sparkling and semi-sparkling wines respectively.