The appellation is located as an enclave in the north of the Côtes du Roussillon-Villages area in the Roussillon wine region. The area extends along the southern slopes of the Massif des Corbières within the four communes of St.-Paul-de-Fenouillet, Maury, Tautavel and Rasiguères. The vineyards, mostly terraced, cover 560 hectares of vineyards on brown slate soil. Maury is best known for its sweet, spritzy vin doux naturel (similar to a port wine). A maximum of 10% alcohol in the form of eau-de-vie may be added to the sprit, the residual sugar content must be at least 45 g/l, the alcohol content at least 15% vol. The art of this type of vinification goes back to the scholar Arnaldus de Villanova (1240-1311), who perfected the techniques of distillation and stopping fermentation with alcohol. 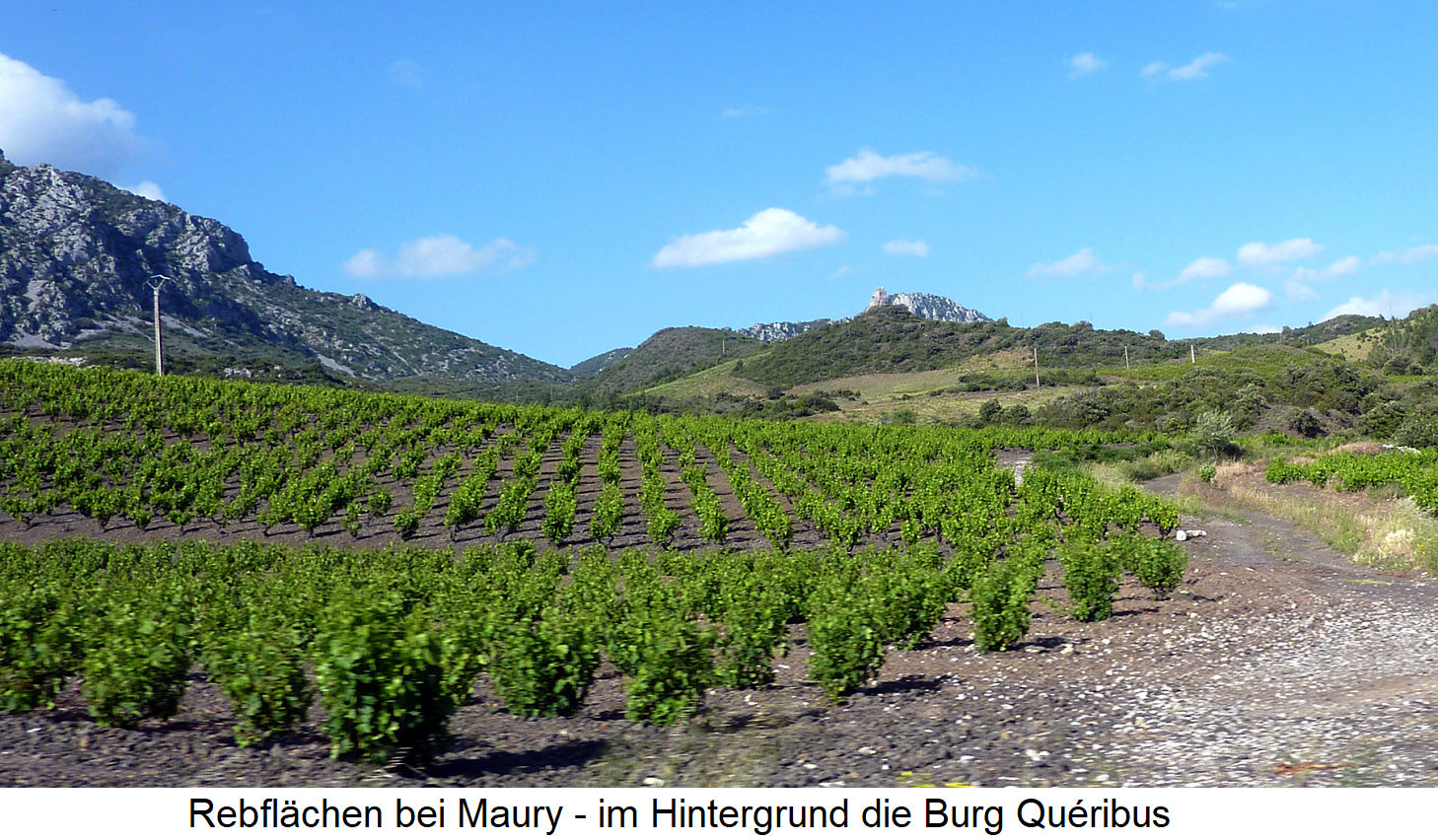