Unfortunately there is no information about Gard available.

Département in the south of France on the Mediterranean coast with the capital Nîmes in the political region of Occitania. It was named after the river Gard, a tributary of the Rhône and lies between the departments of Hérault (west) and Vaucluse (east). The department is geologically divided into four zones. These are the Cévennes in the northwest, the scrublands in the centre, the Costières in the southeast and the lowlands in the south consisting of the Rhône valley and the Mediterranean coastal plain. The climate is Mediterranean with hot, dry summers and autumns with intense rain and the cold and dreaded fall wind, the Mistral. Gard is divided by wine law into two regions, Languedoc and Rhône. The AOC areas: 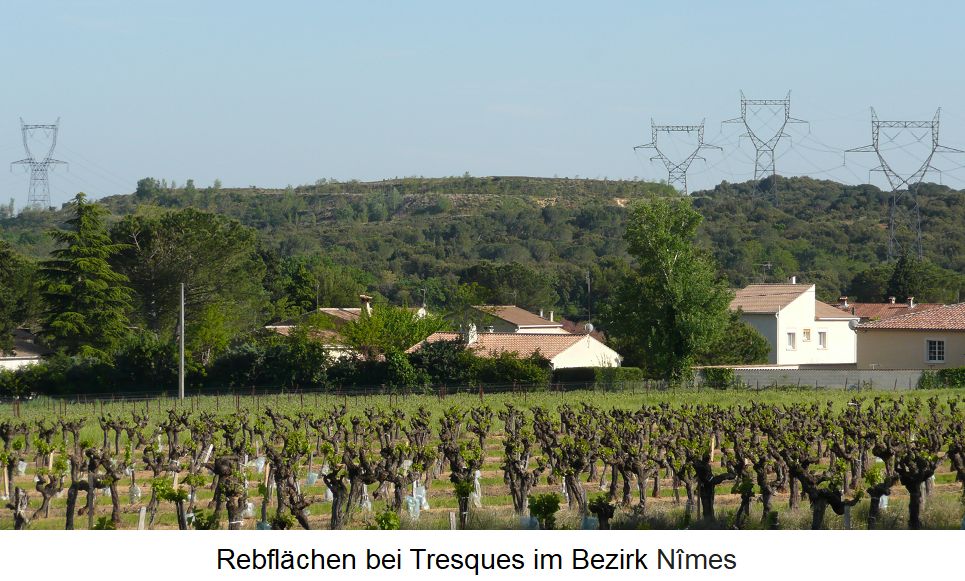 In this section you will find
currently 153,882 Wines and 24,049 Producers, including 2,416 classified producers.
Rating system Their sources in Wine Guide Tasting samples Editorial schedule