By far the smallest Italian region, it lies on the border with France and Switzerland. The area is enclosed in a horseshoe shape by the Valais and Cottian Alps. Viticulture was practised long before the dawn of time by the indigenous population of the Salassi. In 25 BC, the Romans founded the fortress "Augusta Praetoria" (today's capital Aosta) and controlled the Alpine passes over the Small and Great St. Bernard from here. They also brought their wine culture with them. After the Romans, the Benedictines and Cistercians came and painstakingly drove the terraces into the rocky slopes. In the middle of the 20th century, the highest vineyards were to be abandoned, which was prevented by the initiative of Abbé Alexandre Bougeat (1916-1972). From the 9th century onwards, the Aosta Valley repeatedly came under French influence as part of the two former kingdoms of Burgundy and Savoy. The bilingualism that still exists today, which also appears on the bottle labels of the wines, dates from this period. 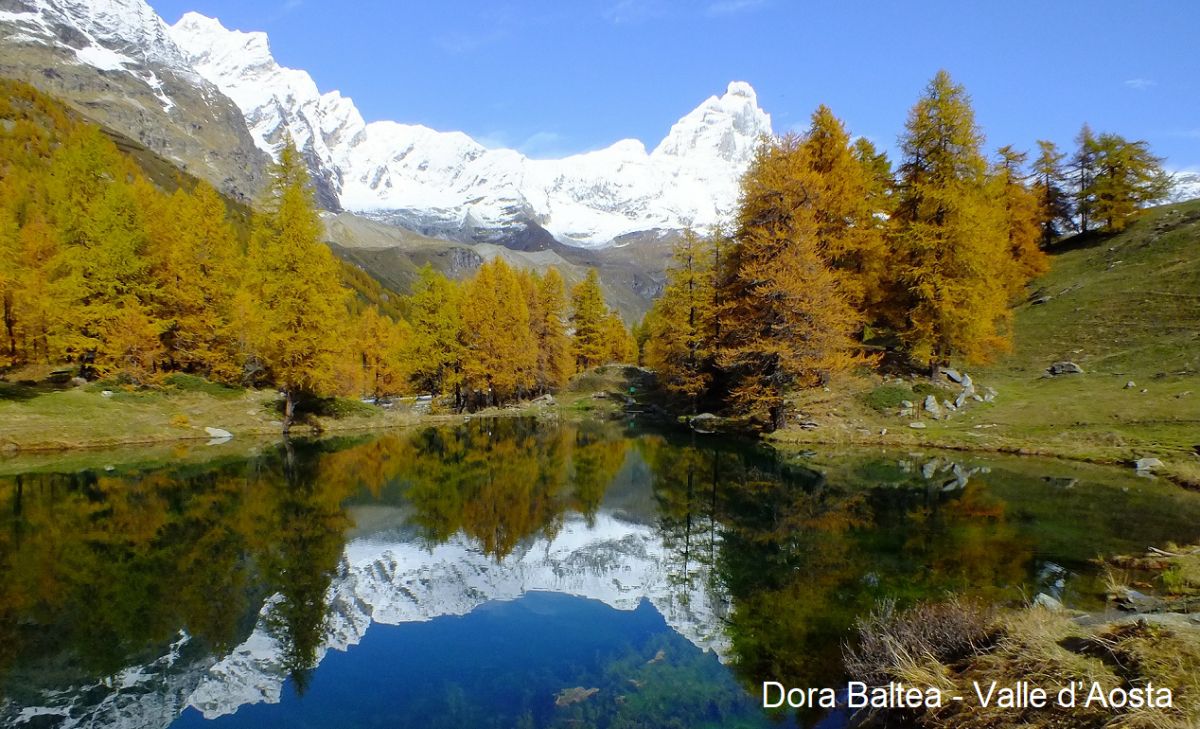 Towards the end of the 19th century, the vineyards still amounted to 3,000 hectares, which have been reduced to 500 hectares today, i.e. one sixth. The vineyards stretch 90 kilometres along the Dora-Baltea river valley to the border of Piedmont. They lie at an altitude of up to 1,200 metres above sea level, making them some of the highest vineyards in the world. With the neighbouring Italian Swiss Valais, a geographical island is formed with many old, autochthonous grape varieties (see a list under Old Growths). As a special feature, 99% of the production is DOC quality.

Under the name Valle d'Aosta (French: Vallée d'Aoste), there is a single DOC area covering the entire region with around 40 municipalities and over 4,000 winegrowers. In this, numerous types of wine from over 20 grape varieties are permitted. There are six DOC subzones, these are Arnad-Montjovet, Blanc de Morgex et de La Salle, Donnas, Enfer d'Arvier, Nus and Torrette. These are indicated on the label alone (e.g. Valle d'Aosta Nus), additionally with the grape variety (e.g. Valle d'Aosta Nus Malvoisie/Pinot Grigio) or also colour (e.g. Valle d'Aosta Nus Rosso) and then represent a wine type according to DOC specifications.

Some wines are also produced as Superiore, which is stronger in alcohol, or as Vendemmia tardiva or Vendange tardive (late harvest). If the grapes come from classified vineyards, the label may indicate Vigna followed by the vineyard name. There are no wines or areas classified as IGT or IGP (the country wines) in the region.

Picture: by Lars Schlageter on Pixabay

Sources of Purchase for Aosta valley 3