Set a new bookmark for the wines of Weingut Hans Igler. The currently tasted wines then appear on your personal Wine Reviews homepage.
Only Members can bookmark 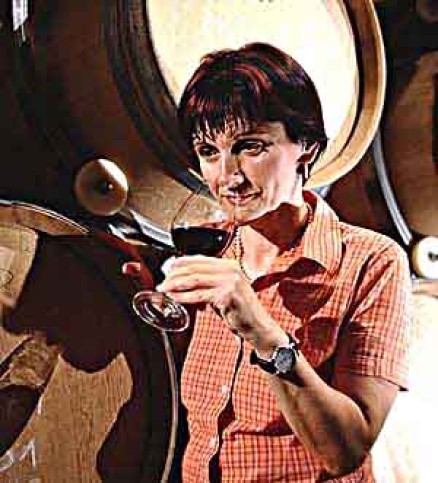 The winery is located in the municipality of Deutschkreutz in the Austrian wine-growing region of Mittelburgenland. The red wine pioneer Hans Igler (+1994) was considered a grand seigneur, doyen and c...
More

The winery is located in the municipality of Deutschkreutz in the Austrian wine-growing region of Mittelburgenland. The red wine pioneer Hans Igler (+1994) was considered a grand seigneur, doyen and charismatic leading figure of many Burgenland winemakers. He was the first Burgenland winemaker to experiment with barrique ageing, which was still unknown in Austria at that time, as early as the beginning of the 1980s, and was one of the first to use Cabernet Sauvignon and dare to make a red wine cuvée. Together with the painter Anton Lehmden, he created Austria's first artistically designed label series. The winery was then continued by Waltraud Reisner-lgler and Wolfgang Reisner. After training at the Eisenstadt School of Viticulture and internships at the Veritas winery (Barossa Valley, Australia) and at the Graf Neipperg wineries (St. Émilion, Bordeaux), Clemens Reisner had already been solely responsible for the cellar since 2010. From January 2021, he took over the management together with his wife Anna, after Waltraud Reisner-Igler went into well-deserved retirement after 25 years.

The vineyards cover a total of 35 hectares of vines in the old "Biiri" wine mountains with the Fabian, Goldberg, Höblisch and Hochberg vineyards around Deutschkreutz and Kart on the Hungarian border. They are 97% planted with the red wine varieties Blaufränkisch, Zweigelt, St. Laur ent, Cabernet Sauvignon, Pinot Noir and Merlot, the small remainder with the white wine varieties Pinot Blanc and Chardonnay. The soils are characterised by a high proportion of clay and lime. The vineyards are cultivated according to the guidelines of integrated, near-natural viticulture, such as cover crop (green manuring) by planting seeds (yellow mustard, buckwheat, etc.) through mechanical soil cultivation.

The selective grape harvest takes place from September to the end of October at the latest. The mash is pressed in our own fermentation tanks after fermentation is complete and after the mash has been left to stand for one to five weeks, depending on the grape variety and its quality. The premium wines are the red wine cuvées "Vulcano" (Blaufränkisch, Cabernet Sauvignon, Zweigelt, Merlot), which matures for 15 months in barriques, and "Ab Ericio", Latin for "from the hedgehog" as a tribute to Hans Igler (Merlot, Blaufränkisch, Zweigelt), which matures for 21 months in barriques. Around 150,000 to 180,000 bottles of wine are produced annually. Bottle-fermented sparkling wine is also produced. The winery is a member of Blaufränkischland Mittelburgenland and Renommierte Weingüter Burgenland.