Set a new bookmark for the wines of Weingut Feiler-Artinger. The currently tasted wines then appear on your personal Wine Reviews homepage.
Only Members can bookmark

About Producer Weingut Feiler-Artinger, Rust is a premium member of wein.plus 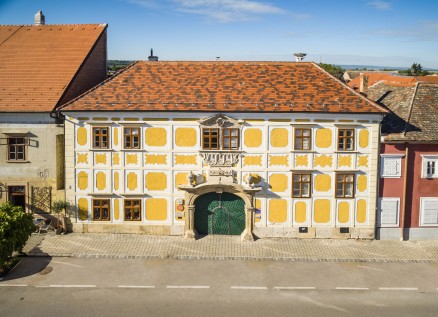 The winery is located in the free city of Rust in Burgenland (Austria). It was founded in the 1940s by Gustav Feiler, who first marketed bottled wine in 1947. Its headquarters is a baroque town house...
More

The winery is located in the free city of Rust in Burgenland (Austria). It was founded in the 1940s by Gustav Feiler, who first marketed bottled wine in 1947. Its headquarters is a baroque town house with a historic cellar, whose origins date back to the 16th century. Today the business is run by Hans (vineyards) and his wife Inge Feiler, as well as their son Kurt Feiler (cellar) and his wife Katrin. The vineyards cover 30 hectares of vines. They are planted 65% with the red wine varieties Blaufränkisch, Zweigelt, Cabernet Franc, Merlot, Cabernet Sauvignon, Pinot Noir and Shiraz, and 35% with the white wine varieties Chardonnay, Pinot Blanc, Welschriesling, Traminer, Neuburger, Muskat-Ottonel, Sauvignon Blanc and Ruländer. According to the company motto "Intact nature - Healthy soil - Great wines", the vineyards have been cultivated biodynamically since 2008.

The dry white wines are mostly vinified by type in steel tanks. The red wines mature after biological acid reduction in large wooden barrels and then for another 15 to 18 months in new barriques of French and, to a lesser extent, German oak. The company is one of the best sweet wine producers in Austria and internationally. The premium wines include, for example, various Ruster Ausbruch in the variants base to essence, the "Cuvée Gustav" named after the founder and fermented and matured in barriques (varies according to vintage), the "Cuvée Solitaire" (Blaufränkisch, Merlot, Zweigelt), as well as the "Zahlen-Cuvée", which has been consecutively numbered from 999 since 1993 (Cabernet Franc, Merlot). Around 150,000 bottles of wine are produced annually. The winery is a member of Renowned Wineries Burgenland and Cercle Ruster Ausbruch.