Set a new bookmark for the wines of Bürgerspital zum Hl. Geist - Weingut. The currently tasted wines then appear on your personal Wine Reviews homepage.
Only Members can bookmark 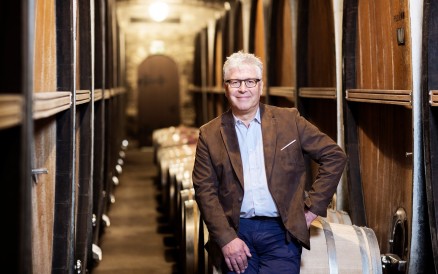 Historical winery in the German wine-growing region of Franken in the city of Würzburg with the full name "Bürgerspital zum Heiligen Geist". The Würzburg patrician Johannes von Steren (1270-1329) prov...
More

Historical winery in the German wine-growing region of Franconia in the city of Würzburg with the full name "Bürgerspital zum Heiligen Geist". The Würzburg patrician Johannes von Steren (1270-1329) provided an estate at the present location for the admission of people in need of care, thus establishing the foundation. The official foundation of the "New Hospital" (later renamed "Bürgerspital") took place in 1316, which was then confirmed in a document by Pope John XXII (1244-1334) in 1320. The founding family pledged 13 acres of vineyards as security for this. Today, the winery is owned by the "foundation under public law" and is managed by Robert Haller. Elmar Nun is the cellar master and Karl Brand the oenologist

Over the centuries, it grew to its present size. The vineyards cover 120 hectares of vines, of which around 100 are in production. 80% of these are within the Würzburg city limits in the single vineyards Abtsleite, Innere Leiste, Pfaffenberg and Stein with the Stein-Harfe in sole ownership. Other vineyards include Marsberg, Pfülben and Teufelskeller (Randersacker), Sonnenschein (Veitshöchheim), Scharlachberg (Thüngersheim) and Kapellenberg (Frickenhausen)

Unusually for the Franconian wine-growing region, Riesling is the most common variety (30 ha), accounting for almost a third of the total, followed by Silvaner (27 ha), Müller-Thurgau (10 ha), Bacchus, Pinot Blanc, Pinot Noir, Pinot Gris, Rieslaner, Domina, Gewürztraminer, Scheurebe and Blaufränkisch. The vineyards are planted densely. Natural viticulture with restrictive fertilisation is practised. The cellar, which is one of the largest in Germany, has a capacity of two million litres of wine and contains over 200 oval oak barrels with a capacity of 700,000 litres. The best qualities of Riesling, Silvaner and Burgundy varieties are fermented in these and then matured with yeast storage. The red wine varieties generally mature in wooden barrels

Afterwards, they are consistently bottled in the famous Bocksbeutel with the unmistakable Bürgerspital shoulder crest (the Bürgerspital is considered the "birthplace" of this special bottle shape). Wines from four centuries are stored in the Bürgerspital cellar, the oldest being a Würzburger Stein from 1540. Such a bottle was tasted in 1961 (i.e. at the age of 421 years) by wine writer Hugh Johnson and found to be "still alive". A wine from this site was among the favourites of Johann Wolfgang von Goethe (1749-1832). Another lover of Stein wines was the writer Kurt Tucholsky (1890-1935). The annual production is around 850,000 bottles. The winery is a founding member of the VDP (Association of German Prädikat Wine Estates) as well as the Association of European Foundation Wine Estates