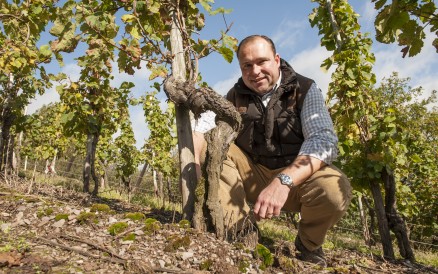 The vineyard "St. Urbans-Hof Oekonomierat Nic. Weis" is located in the municipality of Leiwen (Bernkastel area) in the German Mosel wine growing region. It was founded in 1947 by Oekonomierat Nicolaus...
More

Set a new bookmark for the wines of Weingut Nik Weis - Sankt-Urbans-Hof. The currently tasted wines then appear on your personal Wine Reviews homepage.

The vineyard "St. Urbans-Hof Oekonomierat Nic. Weis" is located in the municipality of Leiwen (Bernkastel area) in the German Moselle wine growing region. It was founded in 1947 by Oekonomierat Nicolaus Weis (1905-1971) and named after the holy Urban (Pope Urban I), the patron saint of winegrowers. Nicolaus Weis also founded a . The business was taken over by son Hermann Weis in the 1960s. He went to Canada in the early 1970s and planted Riesling vines on a large area of land called the St. Urban Vineyard. This later became the Vineland Estates winery. Today, the estate is managed by Nik(olaus) Weis, the third generation of the family. He learned the winemaking trade in the USA and at Vineland Estates in Canada, among other places. After studying in Geisenheim, he joined his parents' business in 1997 and carried out a number of quality improvement measures with his father. Kai Hausen and Rudi Hoffmann are responsible for the cellar and Hermann Jostock for the vineyards. The claim to vinify top quality wines with an independent profile and Moselle character is clearly defined in a 10-point philosophy. The winery's own term "Wein-Genesis" was created for the complex development process. 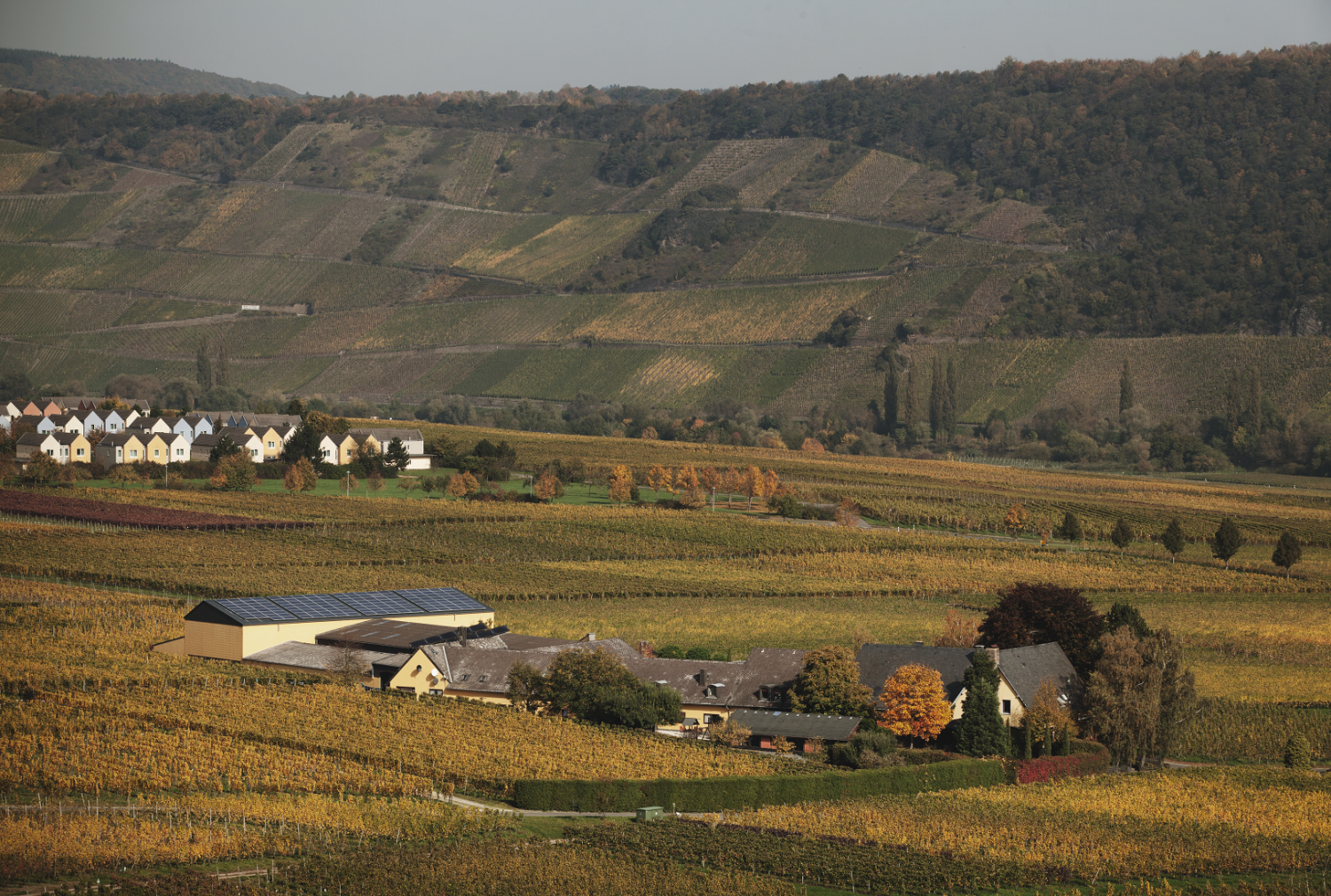 The vineyards comprise 45 hectares of vineyards in the individual sites Bockstein (Ockfen), Goldtröpfchen (Piesport), Laurentiuslay (Leiwen), Blattenberg in the cadastral site Layet (Mehring), Saarfeilser Marienberg (Schoden) and Schlangengraben (Wiltingen). They are exclusively planted with the Riesling variety, which is cultivated in the traditional single stake system with a planting density of 7,000 to 10,000 vines per hectare. The environmentally friendly and sustainable cultivation of the vineyards, as well as the production and sale of the wines, is carried out according to the certified rules of the Fair'n Green association. These include fertilization with exclusively stable manure and other organic humus and a complete absence of herbicides. Great importance is attached to intensive leaf care with the aim of providing good light for the grapes. The grapes from the "Grand-Cru-Lagen" Bockstein, Goldtröpfchen, Layet, Laurentiuslay and Saarfeilser are marketed as Grosse Gewächs and Prädikatsweine, those from the other sites as local wines.

After a short squeezing, the grapes rest for a while before the pressing process begins, in order to fully unlock the aromas and minerals and introduce them into the musts. The fermentation takes place spontaneously without the use of pure yeasts. The wines are then aged on the for several months, mainly in wooden barrels with a volume of 1,000 litres, but also partly in stainless steel tanks. Then they are bottled in the dark Schlegel bottle with the typical black and gold St. Urbans-Hof label. A white label represents dry to maximum fine-tart wines, a black label fruity to wines. The premium wines of the house include WILTINGER Alte Reben, BOCKSTEIN Kabinett and LAURENTIUSLAY Großes Gewächs. The winery is a member of the VDP (Verband deutscher Prädikatsweingüter).