Set a new bookmark for the wines of Sektmanufaktur Schloss VAUX AG. The currently tasted wines then appear on your personal Wine Reviews homepage.
Only Members can bookmark

About Producer Sektmanufaktur Schloss VAUX AG, Eltville is a premium member of wein.plus 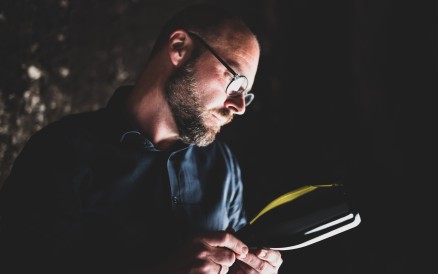 The "VAUX Sekt-Manufaktur" has its headquarters in Eltville in the German Rheingau wine growing region. Its origins date back to 1868 when the company was founded in Berlin. In the 1880s, the company...
More

The "VAUX Sekt-Manufaktur" has its headquarters in Eltville in the German Rheingau wine growing region. Its origins date back to 1868 when the company was founded in Berlin. In the 1880s, the company acquired the "Château de Vaux" not far from Metz on the Moselle in Lorraine, together with extensive vineyards, thus creating a German "Champagne House". As a result of the First World War, Lorraine became French territory, which is why the production site was moved to Eltville. After several changes of ownership, a small group of wine lovers, initiated by Wiesbaden bank director Gustav Adolf Schaeling, took over the sparkling wine factory from a subsidiary of Dresdner Bank in 1982. In the meantime, Schloss Vaux is a public limited company with 68 shareholders. Since 1998, Nikolaus Graf von Plettenberg, Prince Michael zu Salm-Salm, has served on the management board. The cellar master is Joachim Renk.

All sparkling wines are produced according to the method of classic bottle fermentation. They are produced from base wines, especially Riesling, Pinot Blanc and Pinot Noir. The basic cuvée of the house is the "Cuvée Vaux" from the varieties Pinot Blanc, Pinot Noir and Riesling. The base wines of this sparkling wine come from several German growing regions. Furthermore, there are the brands Rosé Brut, Sauvignon Brut, Pinot Blanc de Noirs Brut and a Pinot Blanc sparkling wine made from grapes from organic vineyards. The basic wines of the Rheingauer Lagensekt are bought from well-known Rheingau producers and are vintage sparkling wines in rather small editions. The gastronomic commitment of the sparkling wine manufactory can be experienced in the "Burg Crass" in Eltville.
Sektmanufaktur Schloss VAUX AG Region: Germany Rheingau
One of the best producers of the region
wein.plus Business Premium Member
In this section you will find
currently 150,954 Wines and 23,432 Producers, including 2,232 classified producers.
Rating system Their sources in Wine Guide Tasting samples
Bookmark