Set a new bookmark for the wines of Weingut Emrich-Schönleber. The currently tasted wines then appear on your personal Wine Reviews homepage.
Only Members can bookmark

Where to buy wines of Weingut Emrich-Schönleber? 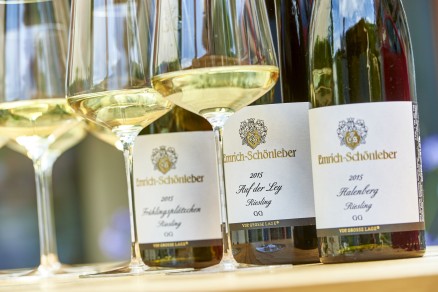 The winery is located in the municipality of Monzingen in the German wine-growing region of Nahe. Even J. Wolfgang von Goethe Johann Wolfgang (1749-1832) mentioned the excellent "Monzingen wine" in hi...
More

The winery is located in the municipality of Monzingen in the German wine-growing region of Nahe. Even J. Wolfgang von Goethe (1749-1832) mentioned the excellent "Monzingen wine" in his wine notes. The Emrich family had already been cultivating wine on the Nahe since the middle of the 18th century. The estate was originally run as a mixed operation (agriculture, livestock, viticulture). From the mid-1960s, Wilhelm Schönleber (a native Swabian) and later his son Werner Schönleber restructured the business into a pure vineyard. The vineyard area grew from around two to ten hectares during this time. Today, the winery is run by Werner and Frank Schönleber. The three internal principles of the house regarding the wines are: 1. Drinking pleasure; 2. Honest, authentic, typical of the origin; 3. Site wines with a distinctive character. 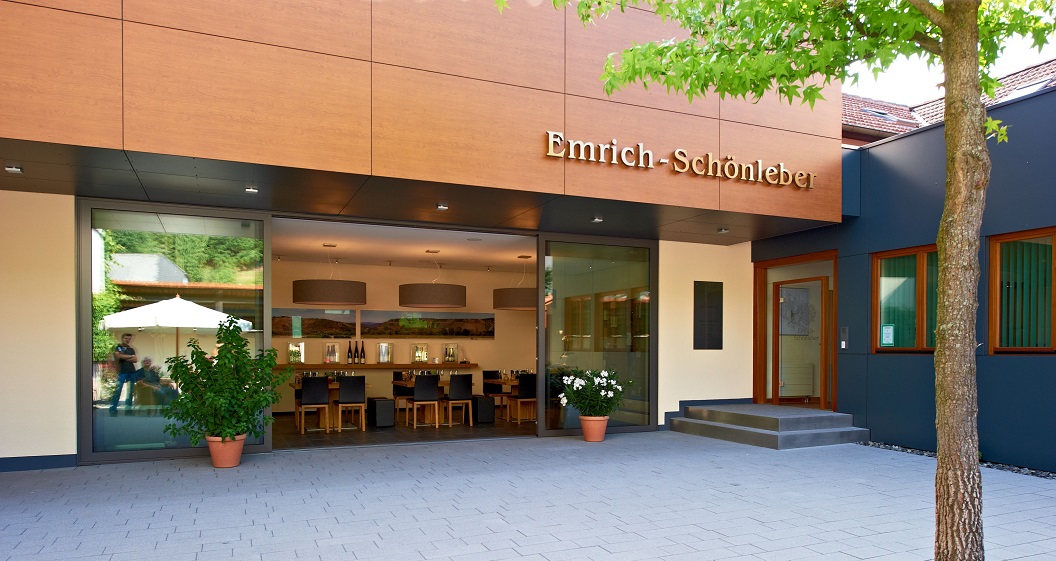 The vineyards cover 20 hectares, 85% of which are planted with Riesling, the rest with Pinot Gris and Pinot Blanc, and some Müller-Thurgau. In the last forty years, a great deal of effort has been put into the preservation and, above all, recultivation of steep parcels. The best areas are in the single vineyards classified as VDP-Grosse Lage Frühlingsplätzchen and Halenberg, as well as the cadastral site Auf der Ley (Monzingen). Further areas are located in the Niederberg site (Monzingen), which is classified as a VDP-Erste Lage site.

During cultivation, attention is paid to the harmony between the vines and the water and nutrient supply. Very little nutrient is taken from the soil, because apart from the juice of the grapes, 100% of the organic matter is returned. During the numerous handicrafts, each vine is treated individually. Appropriate foliage care ensures good aeration of the foliage wall and healthy vines, which also allows for a late harvest. Since the best parts of the vineyard are not directly exposed to the nightly cold air currents, cooling takes place slowly and allows for optimal aroma development in the grapes. If necessary, fertiliser is applied with home-made compost

After selective hand-picking of physiologically ripe and healthy grapes and gentle grape processing, a slow, controlled fermentation takes place. The wines are marketed according to the VDP classification model. During ageing, the non-invasive rule of "as much as necessary, as little as possible" is applied with little influence on the wines' own development. Since 1997, only Rieslings from the best parcels with site designations have been marketed as Grosse Lage. About 140,000 bottles of wine are produced annually. The winery has been a member of the VDP (Association of German Prädikat Wine Estates) since 1994.