Set a new bookmark for the wines of Ornellaia. The currently tasted wines then appear on your personal Wine Reviews homepage.
Only Members can bookmark

Where to buy wines of Ornellaia?

About Producer Ornellaia, Castagneto Carducci (LI) is a premium member of wein.plus 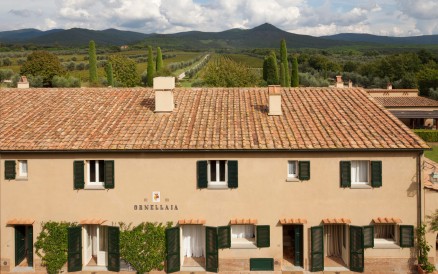 The winery is located in the municipality of Bolgheri in the Italian wine-growing region of Toskana. It was founded by Ludovico Antinori (a younger brother of the famous Piero) in 1981. The Önologe An...
More

The winery is located in the municipality of Bolgheri in the Italian wine-growing region of Tuscany. It was founded by Ludovico Antinori (a younger brother of the famous Piero) in 1981. The oenologists André Tchelistcheff (1901-1994) and Michel Rolland acted as advisors when the first vineyards were planted (previously forest and pasture land) and the winery was built. The Hungarian oenologist Tibor Gál (1958-2005) was cellar master for several years. The first vintage was in 1985, and the first wines were marketed in 1988. In 2002, the winery was taken over in equal parts by the multinationals Mondavi (California) and Frescobaldi (Italy). After the sale of Mondavi in 2005 to Constellation Brands, Frescobaldi exercised the right of first refusal and took over 100% of Ornellaia. In 2012, the winery name was changed from "Tenuta dell'Ornellaia" to "Ornellaia e Masseto". Axel Heinz is responsible as estate director and oenologist. 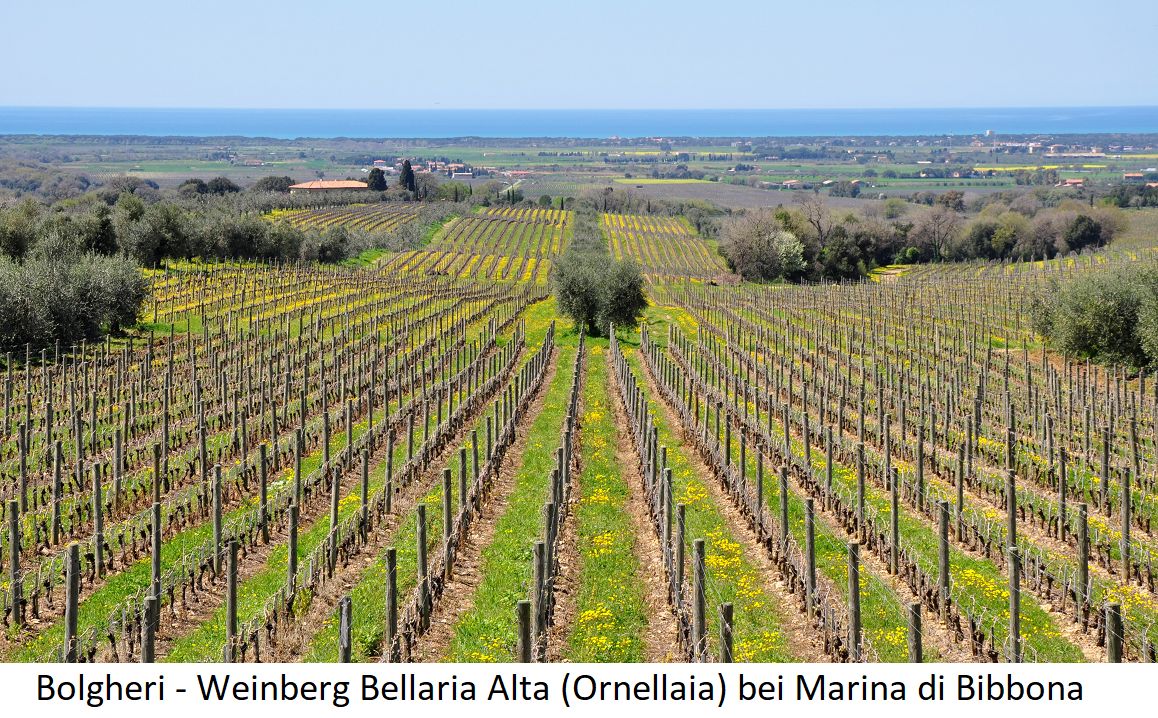 The vineyards cover 97 hectares of vineyards on stony, calcareous soil. They are located near the Ligurian coast in the immediate vicinity of the Sassicaia area (Bolgheri Sassicaia). They are planted with the red wine varieties Cabernet Sauvignon, Merlot, Cabernet Franc and Petit Verdot, and the white wine varieties Sauvignon Blanc, Viognier and Petit Manseng. The vineyards are cultivated according to ecological conditions in order to preserve biodiversity (species diversity) while taking sustainability into account. This includes cover crop, as little earthmoving as possible, the use of natural fertilisers and the renunciation of herbicides. During the grape harvest, the order of the individual harvesting processes is determined by analysis and tasting. The type of vinification of the individual plots is determined by the ripeness of the tannins. Through selective choice, only high quality grapes, free of all plant residues, are processed.

The approximately 80 basic wines are fermented separately per vineyard in different tanks and mature for 12 months in French barriques. The red wine "Ornellaia" is cuvéted in Bordeaux style from the varieties Cabernet Sauvignon, Merlot, Cabernet Franc and Petit Verdot. Along with the Sassicaia, this wine also contributed to the Rosso achieving DOC honours in the Bolgheri area. The second wine is called "Le Serre Nuove dell'Ornellaia". The product range also includes the Toscana IGT wines "Ornellaia Bianco" (Sauvignon Blanc, Viognier), "Poggio alle Gazze dell'Ornellaia" (mainly Sauvignon Blanc), "Le Volte dell'Ornellaia" (Marlot, Sangiovese, CS) as well as the single-vineyard Merlot "Masseto" named after the seven-hectare vineyard in Bolgheri. Since the 2006 vintage, as a protection against wine adulteration, the bottles are equipped with the RFID system, which allows the tracing of the distribution and guarantees the authenticity. Grappa and olive oil are also produced.