Set a new bookmark for the wines of Pichon-Longueville Comtesse de Lalande. The currently tasted wines then appear on your personal Wine Reviews homepage.
Only Members can bookmark

Where to buy wines of Pichon-Longueville Comtesse de Lalande?

About Producer Pichon-Longueville Comtesse de Lalande, Pauillac is not a Premium Member of wein.plus yet

The winery is located in the commune of Pauillac in the area of the same name in the Médoc (Haut-Médoc, Bordeaux) in the immediate vicinity of the famous Château Latour. The land was acquired between...
More

The winery is located in the commune of Pauillac in the area of the same name in the Médoc (Haut-Médoc, Bordeaux) in the immediate vicinity of the famous Château Latour. The land was acquired between 1686 and 1689 by Pierre de Mazure de Rauzan (he was also the owner of the later divided Château Rauzan in Margaux). This was the period in the Médoc when there were few vineyards and the vast swamps were only just beginning to be drained and vineyards were being planted. In 1694, his daughter married Baron Jacques de Pichon-Longueville, who was the first president of the Bordeaux parliament. From then on the estate was called "Château Pichon-Longueville". After the death of the descendant Baron Joseph de Pichon-Longueville in 1850, his three daughters Sophie de Pichon, the Viscountess de Lavaur and the Comtesse de Lalande inherited three fifths of the estate and his two sons two-fifths. Later, the surviving son Raoul took over these two-fifths, from which the opposite Château Pichon-Longueville Baron was built. 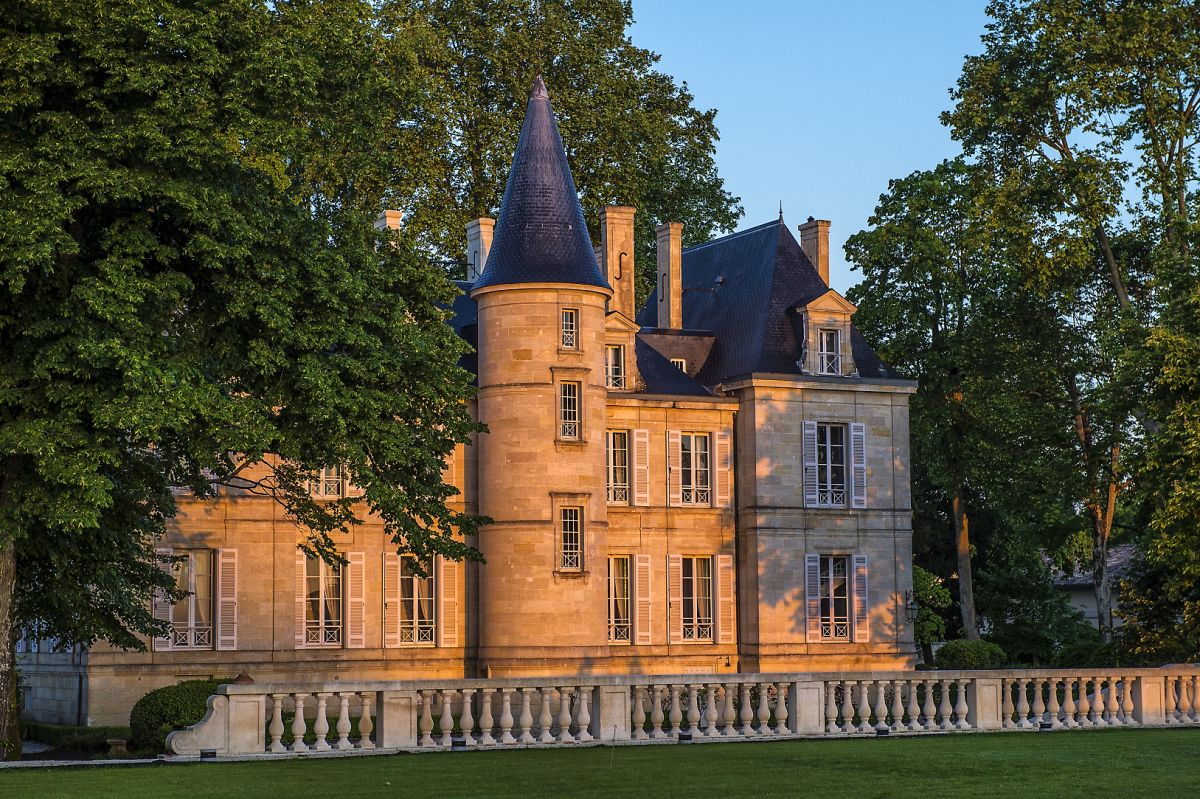 Comtesse de Lalande inherited her two sisters and named her property "Château Pichon-Longueville Comtesse-de-Lalande". However, this unusually long name is often abbreviated today as "Château Pichon-Comtesse" or "Château Pichon-Lalande". After an eventful history, the estate was bought by the Miailhe family in 1925 and for many years was run by Edouard F. Miailhe, then taken over by his daughter May Elaine de Lencquesaing and managed with an iron hand. Finally, in 2006, the Roederer Champagne House acquired the majority shareholding. At the Bordeaux Classification in 1855, the estate was awarded second place (Deuxième Cru Classé). The vineyards cover 85 hectares and are planted with the varieties Cabernet Sauvignon (45%), Merlot (35%), Cabernet Franc (12%) and Petit Verdot (8%). The red wine, which can be stored for decades, is aged for 18 to 24 months in 50% new barriques. It is counted among the "Super-Seconds", so it would deserve the "Premier Cru Classé". The 1982 vintage, which was awarded 100 points by the wine critic Robert Parker, is considered the wine of the century. The second wine is called "Réserve da la Comtesse".

Pichon-Longueville Comtesse de Lalande Region: France Bordeaux
One of the best producers in the world
In this section you will find
currently 157,934 Wines and 24,563 Producers, including 2,634 classified producers.
Rating system Find+Buy Tasting samples Editorial schedule
Bookmark