Set a new bookmark for the wines of Château Haut-Brion. The currently tasted wines then appear on your personal Wine Reviews homepage.
Only Members can bookmark

About Producer Château Haut-Brion, Pessac Cedex is not a Premium Member of wein.plus yet

The famous vineyard is located in the municipality of Pessac (suburb of Bordeaux) in the Pessac-Léognan area of Graves (Bordeaux). Its origins go back to Arnaud I Pontac, who made a fortune from 1496...
More

The famous vineyard is located in the municipality of Pessac (suburb of Bordeaux) in the Pessac-Léognan area of Graves (Bordeaux). Its origins go back to Arnaud I Pontac, who made a fortune from 1496 as an exporter of wine and vines from Bordeaux. His son Jean de Pontac (1488-1589) built the north wing of the château in 1550. In 1525 he married Jeanne de Bellon, who brought a part of the Haut-Brion vineyard into the marriage as a dowry. His only sister Marie married an Arnaud de Lestonnac, who founded the neighbouring Château La Mission Haut-Brion in 1540. From the three marriages of Jean Pontac (the last he entered into at the age of 76) fifteen children were born. The next two Pontac generations have nothing worth mentioning regarding viticulture. Through Arnaud III de Pontac (1599-1682), the wines of Haut-Brion began to be known in England. He recognized the importance of the English market and is considered the founder of the Château wines, because he was the first in Bordeaux to market a wine under the name of the winery as "Haut-Brion". 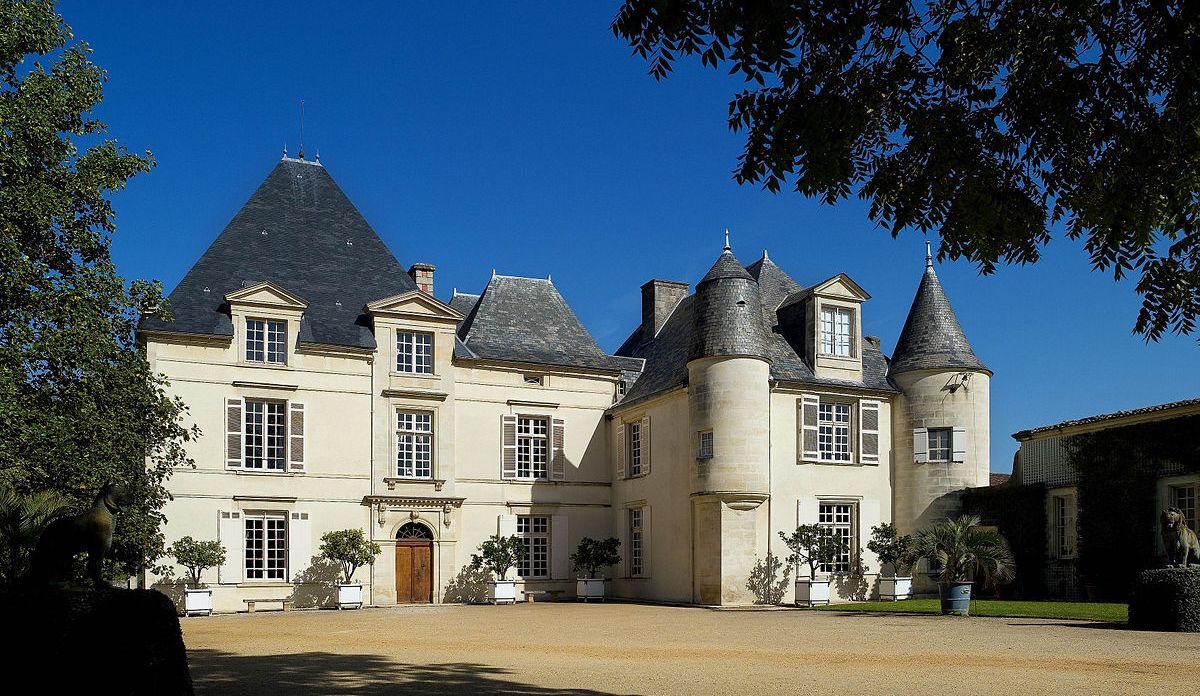 Another marketing pioneer was that he sold the second qualities from his other estates under the family name "Pontac", which was, so to speak, the birth of the second wine that is now common in many châteaux. He also introduced new winemaking techniques. It can be assumed that he worked with much longer maceration times, because the Haut-Brion wines were described at that time as much darker than other Bordeaux wines. He also introduced the ageing in new oak barrels. The famous Samuel Pepys (1633-1703) described the wine in his diary in 1663: "I have just tasted a French wine called Ho-Bryan (sic), which has the best and most extraordinary taste I have ever encountered". It was also very popular at the English court; in the cellar records of Charles II (1630-1685), "169 bottles of Hobriono" served to royal guests are mentioned.

In 1666 Arnaud Pontac sent his son François Auguste Pontac (1636-1694) to London, who on his behalf founded the later famous tavern "Pontack's Head" behind the Old Bailey (Criminal Court). The target audience was the wealthy, aristocratic society, who were able to enjoy the equally exquisite wines of Château Haut-Brion with exquisite dishes. The restaurant, exceptional in its kind at that time, was a resounding success and remained in operation for over a hundred years. After the death of François-Auguste, his sister Thérèse inherited two thirds of the estate. The remaining third was owned by Louis-Arnaud Lecomte, François-Auguste's nephew. Thérèse also inherited the Château de Pez in Saint-Estèphe. In 1654 she married Jean-Denis d'Aulède de Lestonnac (????-1694), who was the owner of the famous Château Margaux at that time. This was already a small empire of exquisite châteaux.

Her son Marquis François-Delphin d'Aulède de Lestonnac (+1746) administered Margaux and Haut-Brion at the same time. Heiress was his sister Catherine d'Aulède de Lestonnac, since 1688 widow of Count François-Joseph de Fumel. Her great-nephew Joseph de Fumel (1720-1794) carried out extensive embellishment work on the château and added an orangery, a factory building and a large park. In the turmoil of the French Revolution, the property was expropriated and Joseph de Fumel lost his head under the guillotine in 1794, in addition to his possessions "because of international machinations". In 1801 the estate was acquired by the statesman Charles Maurice Talleyrand (1754-1838), Napoleon's (1769-1821) foreign minister. He also used the prestigious property for diplomatic purposes, but sold it again after three years. Between 1804 and 1836 it belonged to a banker and later to a wine merchant. Finally, in 1836, in a public sale, it became the property of the Parisian banker Joseph-Eugène Larrieu (1777-1856).

The new owner enlarged and consolidated the winery. In 1841, he acquired the third of the estate, which had been separated off in 1694 in the course of the inheritance. He is credited with the fact that it was classified as a "Premier Cru" in the 1855 Bordeaux classification. It remained in the possession of the Larrieu family until 1923, then it belonged to a bank and then to André Gibert, until it was finally bought in 1935 by the US investment banker Clarence Dillon (1882-1979) for 2.3 million francs, because he appreciated this wine so much. His son Clarence Douglas Dillon (1909-2003) later acquired other wineries. From 1979, the family empire Domaine Clarence Dillon was run by his daughter Joan Dillon, a Duchess de Mouchy. Her successor since 2001 is her son Prince Robert of Luxembourg. The winery is professionally managed by the Delmas family, currently by Jean-Philippe Delmas in the third generation.

In the 1960s, Château Haut-Brion was the first winery in Bordeaux to use stainless steel fermentation tanks. They attach great importance to the selection and propagation of the best vines. The emphasis is on diversity, with about 400 different clones in the vine stock. The vineyards cover a total of 46 hectares, the vines are on average 40 years old. The soil consists of a nine metre deep gravel bed, which gives the wine its unmistakable character. The vast majority of this, 43 hectares, is planted with the red wine varieties Cabernet Sauvignon (45%), Merlot (37%) and Cabernet Franc (18%). The red wine is fermented quickly and relatively warm in stainless steel in the manner of the house. It is then aged for 18 to 24 months in 100% new barriques. The extremely long-lasting wine can be stored for many decades. The English wine author Hugh Johnson describes the 1899 Impérial with: "The most fascinating Bordeaux that has ever been on my tongue". The bottle shape of the house is also unmistakable; compared to a normal Bordeaux bottle, the bottles are conical (slightly thicker towards the top).

The exceptional special position of Château Haut-Brion is shown by the fact that it is the only one of the 61 châteaux classified in 1855 that is not in the Médoc area. In the 1959 classification for Graves, the red wine is also included in the "Grands-Crus" list. There is a special anedocte of more than five bottles of the legendary 1811 vintage. Outstanding vintages of the more recent period are 1971, 1975, 1978, 1979, 1982, 1983, 1985, 1986, 1988, 1989, 1990, 1991, 1993, 1994, 1995, 1996, 1997, 1999 and 2000. These are among the most expensive wines in the world. The 1970 vintage was present at the legendary Paris Wine Tasting in 1976. The distinctive Haut-Brion style is described as "optimal elegance and harmony with excellent fruity and earthy aromas". Despite its longevity, the wine is relatively early ready to be enjoyed. After a few years, the tannins fade more quickly than in other Bordeaux wines and a creamy note is formed with tones of plums, cassis and tobacco. The second wine is called "Bahans Château Haut-Brion". Three hectares are planted with the Sémillon and Sauvignon Blanc varieties. The long-lasting white wine also matures in new barriques.

Picture: From BillBl - originally posted to Flickr as Chateau Haut-Brion, CC BY 2.0, Link