Municipal appellation 16 kilometres south of Dijon in the Côte d'Or area. It has only about 200 inhabitants, but is one of the most famous wine-growing communities in Burgundy. The name is derived from the Vouge stream that flows through the village. Here, Cistercian monks laid out the famous vineyard Clos de Vougeot in the 14th century and enclosed it with a high, kilometre-long wall in 1330. It is the only Grand Cru site and covers 50 hectares of vineyards. The four Premiers Crus comprise 14 hectares of vines, the first of which is for white wine. These are Les Clos Blancs (monopoly of the Domaine de la Vougeraie), Clos de la Perrière, Les Crâs and Les Petits de Vougeots. Only just under five hectares of wine are marketed under the Vougeot Village Appellation. 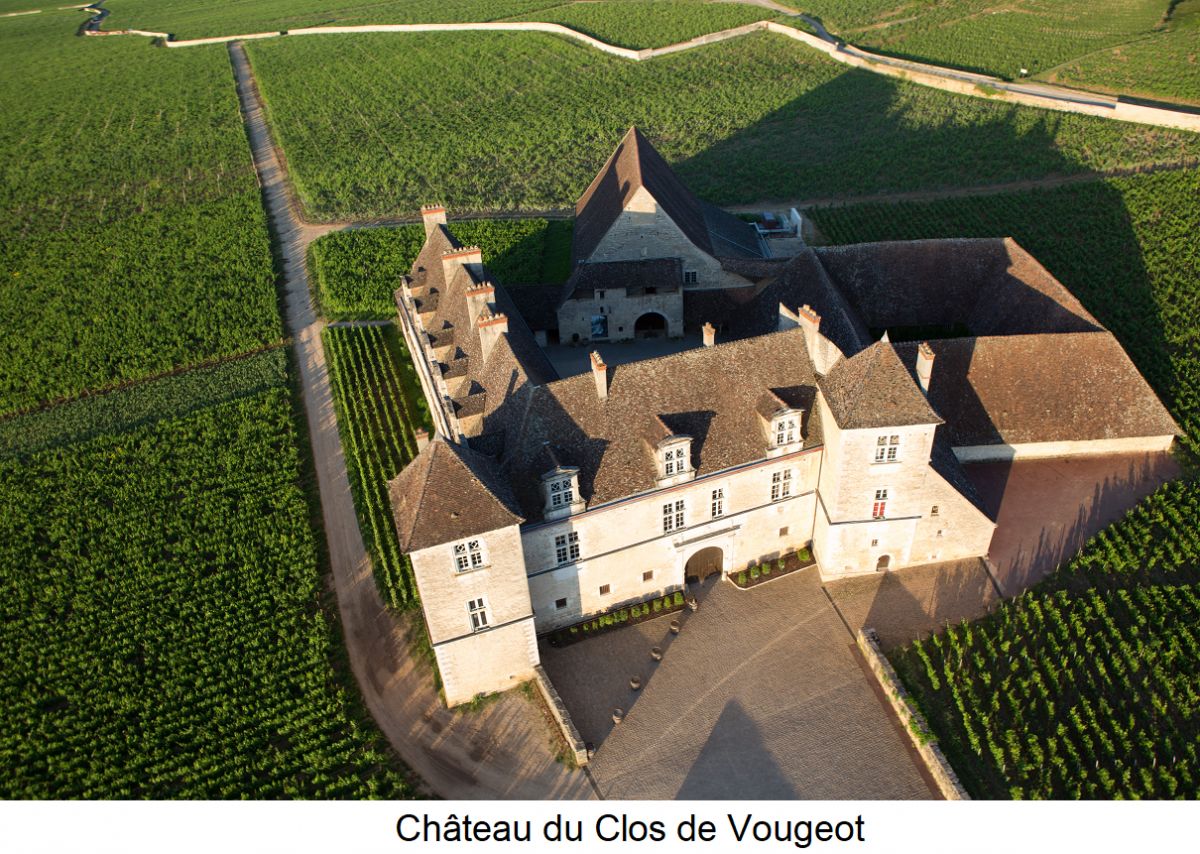 The white wines are made mainly from Chardonnay with possibly Pinot Blanc and Pinot Beurot(Pinot Gris), the red wines from mainly Pinot Noir with possibly Pinot Beurot and Pinot Liébault. For the red wine it is allowed to use up to a maximum of 15% also the permitted white wine varieties. Located in the heart of the Clos du Vougeot vineyards, the Château du Clos de Vougeot (former Cistercian estate) is the venue for the annual traditional meeting of the Confrérie des Chevaliers du Tastevin, as part of "Les Trois Glorieuses" (Three Glorious Days). A mill dating from the 16th century is also worth seeing. Famous producers are Domaine Bertagna, Mongeard-Mugneret and Vougeraie.

In this section you will find
currently 144,604 Wines and 22,891 Producers, including 2,393 classified producers.
Rating system Their sources in Wine Guide Wine Samples