DOCG area for white wine in the Italian region of Tuscany. The zone covers 650 hectares of vineyards with the good hillside sites not above 500 meters above sea level in the municipality of San Gimignano in the province of Siena. The wine was mentioned in documents as early as 1276. It was the favourite wine of the famous painter and sculptor Michelangelo Buonarroti (1475-1564), of whom the following saying from 1543 is attested in writing: "It kisses, flatters, bites and throws! San Gimignano is also known as the "city of towers", most of which date back to the 12th century. Of the 72 family towers that once existed in San Gimignano, 15 still exist today, the two tallest, the Torre Grossa, built in 1311, and the Torre della Rognosa, are 54 and 51 metres high respectively. The cistern in Piazza della Cisterna was built in 1287 and the historic centre has been a UNESCO World Heritage Site since 1990. 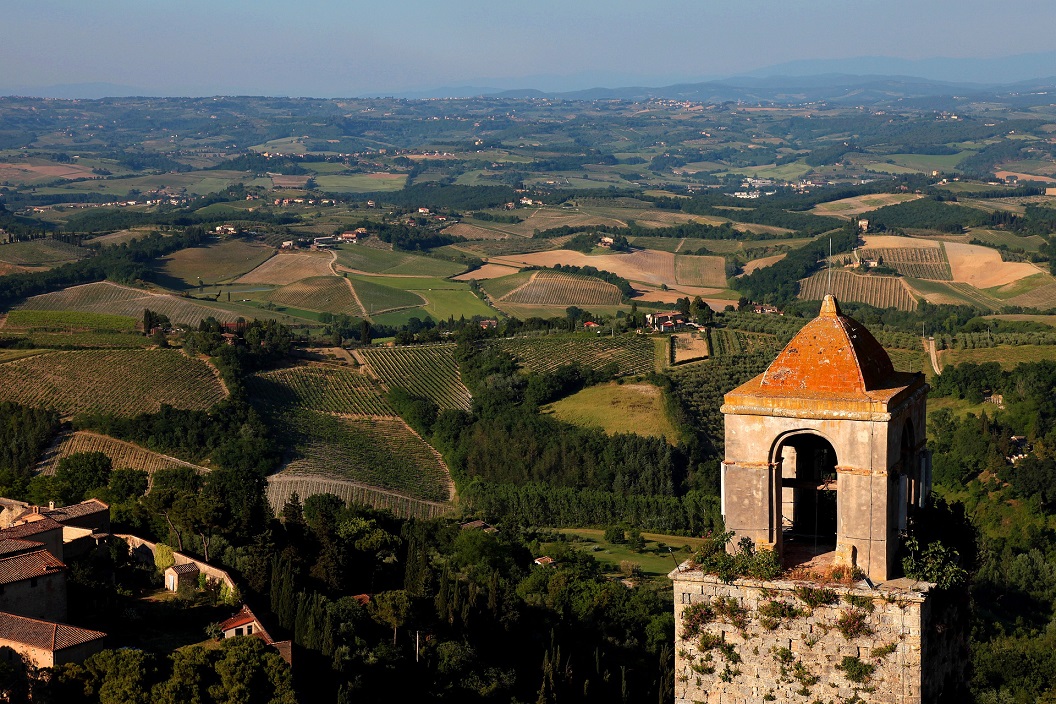 The area was the first in Italy to receive DOC classification in 1966. White wine was then elevated to DOCG class in 1993. If the grapes come from classified vineyards, Vigna may be indicated followed by the vineyard name. The wine is made from Vernaccia di San Gimignano (to. 85%), as well as other permitted varieties (max. 15%). Explicitly excluded are the aromatic varieties Traminer, Muscat Blanc, Müller-Thurgau, Malvasia Bianca di Candia, Malvasia Istriana (Malvazija Istarska) and Incrocio Bruni 54. With 12 months of ageing in barrel and a further 6 months in bottle, it can call itself Riserva. Red and rosé wines from the area are produced under the San Gimignano DOC designation.

Image: by paulo duarte on Pixabay

Vernaccia
Chardonnay
In this section you will find
currently 143,046 Wines and 22,853 Producers, including 2,331 classified producers.
Rating system Their sources in Wine Guide Wine Samples