Unfortunately there is no information about Ventoux AOC available.

The appellation named after the 1,912-metre-high Mont Ventoux is located in the southern part of the Rhône wine-growing region. Until the 2008 vintage, the appellation was called Côtes du Ventoux (the reason for the renaming is to make it more clearly identifiable for the consumer). In 1951, the area was elevated to VDQS and finally to AOC in 1973. The vineyards cover some 7,700 hectares of vineyards in 51 communes on the left bank of the Rhône in the Département of Vaucluse between Vaison-la-Romaine in the north and Apt in the south. Viticulture already existed here in the first century BC, as evidenced by excavations near Mazan. In the Middle Ages, the quality standard was raised by the large monasteries, especially during the presence of the Popes in Avignon from 1309 to 1414. The wine was also supplied to the French royal houses. 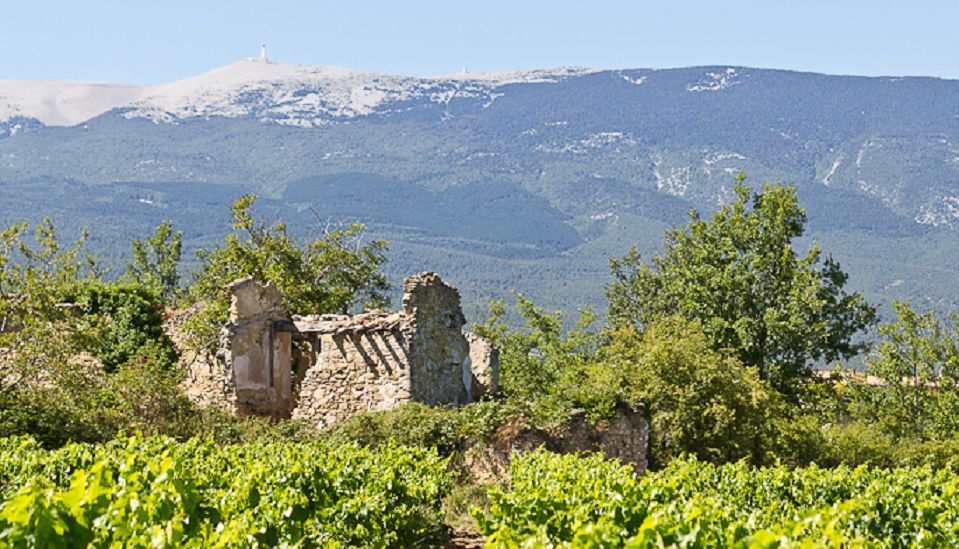 Red wine and rosé are blended from the main varieties Grenache Noir(Garnacha Tinta), Syrah, Cinsaut and Mourvèdre(Monastrell), a maximum of 30% Carignan Noir, and a total of maximum 20% Piquepoul Noir, Counoise and also the white wine varieties permitted here. The white wine contains the Clairette and Bourboulenc varieties and a maximum of 30% Grenache Blanc(Garnacha Blanca) and Roussanne. Until the 2014 vintage, the secondary varieties Piquepoul Blanc, Pascal Blanc and Ugni Blanc(Trebbiano Toscano) were still permitted. The AOC Muscat du Ventoux applies to table grapes of the Muscat d'Hamburg variety only.

Syrah
Grenache
Carignan
Cinsault
In this section you will find
currently 141,895 Wines and 22,922 Producers, including 2,252 classified producers.
Rating system Their sources in Wine Guide Wine Samples