The region (Ital. Sardegna) with the capital Cagliari is the second largest island in the Mediterranean after Sicily. Geologically, it is the oldest part of Italy and was once connected to the mainland. It is divided into the four provinces of Sassari in the northwest, Oristano in the west, Cagliari in the south and Nuoro in the east. More than 3,000 years ago, the prehistoric Sardinians dragged huge stones to their living places, worked them with primitive tools and piled them on top of each other. These "Nuraghi" scattered all over the island are the Sardinian landmark and also gave the name to the autochthonous white grape variety Nuragus. The Sardinians were already cultivating wine in the 9th century BC, having learned this art from the Phoenicians. Through the changeful history under the influence of the Carthaginians, Romans, Vandals, Byzantines, Muslims, Pisans and Genoese, a diverse range of viticulture developed here. The Spaniards in particular brought many grape varieties with them from the 13th century onwards, and this influenced the independence of Sardinian grape varieties and wine types over the centuries. In the past, mainly grape varieties of Spanish origin were used to produce wines with a high alcohol content and dessert wines similar to sherry or port. Even today, fortified, sweet Liquoroso wines make up a considerable proportion. 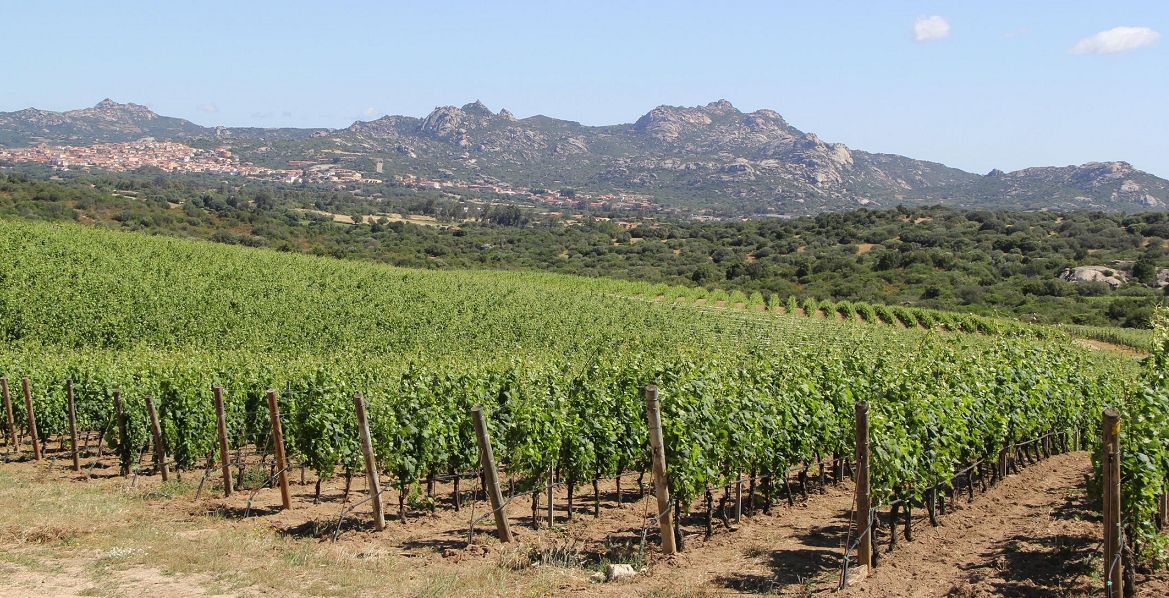 Sardinia consists of 85% mountains and plateaus, and viticulture is mainly practised in the gently hilly Campidano plain between Cagliari and Oristano and in the Alghero plain. The vineyards cover around 26,500 hectares. Surrounded by the sea, the climate here is very mild and Mediterranean. The southern location in the Mediterranean ensures abundant sunshine. Particularly on the south coast, there is also drought, which is why artificial irrigation is enforced. Temperatures, however, vary greatly. The cooler north produces mainly fresh, fruity white wines; the warm south and west sides offer good conditions for red, white and dessert wines. The permissible yield limits are relatively high compared to other regions. Two-thirds of the wines produced are red and one-third white.

In this section you will find
currently 144,065 Wines and 22,861 Producers, including 2,403 classified producers.
Rating system Their sources in Wine Guide Wine Samples