Unfortunately there is no information about San Gimignano DOC available.

DOC area for red wines and rosé wines in the Italian region of Tuscany. The zone covers 24 hectares of vineyards in the namesake municipality of San Gimignano in the province of Siena, northwest of the city of the same name. If the grapes come from classified vineyards, Vigna may be indicated on the bottle label followed by the vineyard name. The white wine was mentioned ukundlich already in the year 1275. The luxurious palaces and the towers of the many-towered town of San Gimignano date back largely to the 12th century. In the Middle Ages, the town occupied an important strategic position between Florence, Siena and Pisa and was situated on important communication routes. Of these, the Via Francigena was the most important, leading not only pilgrims to Rome, but also serving merchants as a transport route for their goods, including wine. 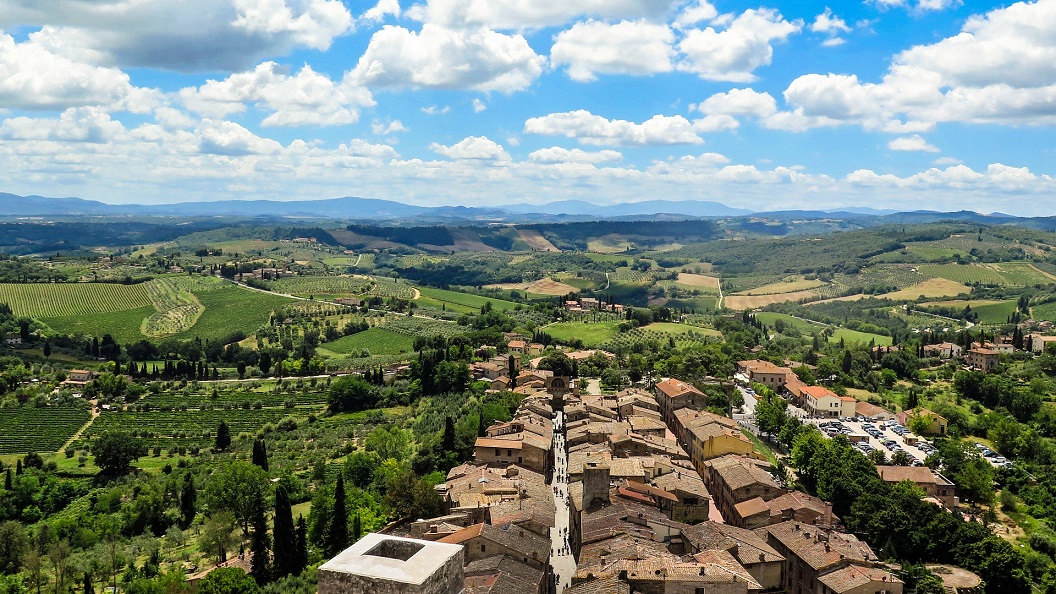 The wine types Rosso (also as Novello and Riserva) and Rosato are pressed from Sangiovese (max. 50%), any use of the varieties Cabernet Sauvignon, Merlot, Syrah and Pinot Nero = Pinot Noir (max. 40%), as well as other permitted varieties (max. 15%). The single-varietal wines must contain at least 85% of the respective variety, which are the five red wines Cabernet Sauvignon, Merlot, Pinot Nero, Sangiovese and Syrah (all also as Riserva).

The Vin Santo (in secco and amabile) with at least 16.5% alcohol by volume and three years of aging (four months of which in the bottle) is made from the varieties Malvasia Bianca Lunga (max. 50%), Trebbiano Toscano (max. 30%) and Vernaccia di San Gimignano (max. 20%), as well as other approved varieties (max. 10%). The rosé-coloured, sweet Vin Santo Occhio di Pernice is produced from Sangiovese (max. 50%), as well as other authorised red varieties (max. 50%).

The white wine from Vernaccia was the very first white wine in Italy to be awarded DOC status in 1966. It was then upgraded to DOCG in 1993 under the designation Vernaccia di San Gimignano to the DOCG.

Picture: by kolibri5 on Pixabay

In this section you will find
currently 144,065 Wines and 22,861 Producers, including 2,403 classified producers.
Rating system Their sources in Wine Guide Wine Samples