Unfortunately there is no information about Saint-Péray AOC available.

Area classified as Cru (top appellation) in the northern section of the Rhône on the right bank, named after the town of the same name. The town is located about five kilometres west of Valence on the eastern flank of the Massif Central and is dominated by the ruins of Crussol Castle. Wine growing was already practised here by the Romans. The name Saint-Pérey refers to Saint Peter. The vineyards cover 60 hectares of vines in the communes of Saint-Pérey and Toulaud in the Ardèche department. They are largely spared the cold winds of the Mistral. The area is crossed by the river Mialan. The white wine is blended from Marsanne and Roussanne. Under Saint-Péray Mousseux, a sparkling wine is produced from the same varieties. A sparkling wine was produced here for the first time as early as 1829. A famous connoisseur was the composer Richard Wagner (1813-1883). In 1877, when he was working on the opera Parsifal, he had 100 bottles of it sent to Bayreuth by express mail. Well-known producers are Chaboud, Auguste Clape, Bernard Gripa, Jaboulet-Aîné, Jean Lionnet, Thiers and Alain Voge. There is also a grape variety called Saint-Péray Blanc 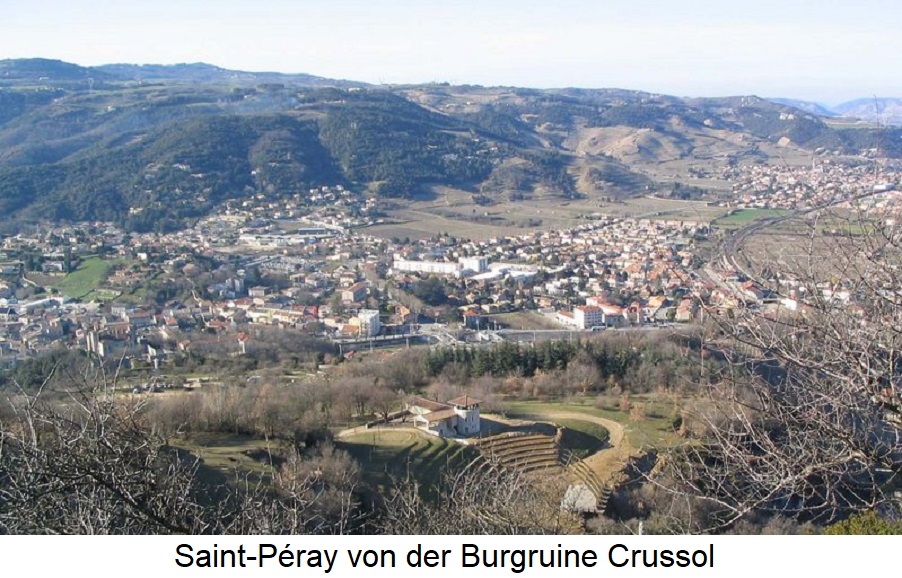 In this section you will find
currently 150,931 Wines and 23,429 Producers, including 2,233 classified producers.
Rating system Their sources in Wine Guide Tasting samples