Unfortunately there is no information about Romanée-Conti AOC available.

The Grand Cru location is located in the municipality of Vosne-Romanée in the Burgundian Côte d'Or region below the Grand Cru location La Romanée. It is in the exclusive possession (monopoly) of the Domaine de la Romanée-Conti. The vineyard covers just under two hectares of vines with a 3% slope in 260 with 280 metres above sea level on loamy-calcareous Rendzina soil with high clay content and limestone scree. The vineyard was replanted in 1945, using vines from the La Tâche Grand Cru site as a base. In both locations the vines had not been grafted up to this point and were fought against phylloxera with carbon disulphide in the so-called cultural method. Both sites were then replanted with grafted vines, and the first wines were not produced until 1952. The red wine, which is mainly made from Pinot Noir with small portions of Pinot Beurot(Pinot Gris) and Pinot Liébault (and theoretically also Chardonnay and Pinot Blanc), is one of the best and most expensive wines in the world. It unfolds its potential only after 15 years at the earliest and can be stored for decades. 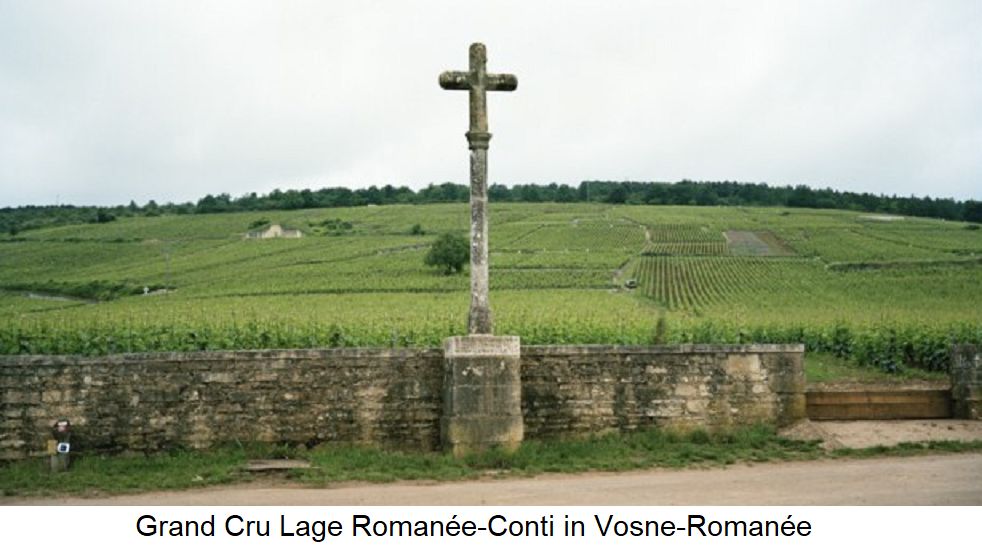