Unfortunately there is no information about Rhine/Rhein available.

The Rhine and some of its tributaries, such as the Main, Nahe and Neckar, are of eminent importance, especially in Germany, in terms of viticulture. This is because a large part of the German vineyards in 10 (of 13) directly bordering German wine-growing regions or in the immediate vicinity are located on the sometimes steep slopes of these rivers. The importance of the river is also underlined by the fact that the most important German grape variety, Riesling, is often named Rhine Riesling. Like all bodies of water, the Rhine has a positive effect on viticulture or creates the conditions for it by forming valley slopes. The river, which is 1,233 km long in total, 857 km of which are in Germany, is formed from two headwaters in the canton of Graubünden in the Swiss Alps. After the confluence of the Vorderrhein (77 km) and Hinterrhein (72 km) at the municipality of Tamins-Reichenau, it is called Alpenrhein and flows into Lake Con stance at the municipality of Hard. After passing through the Obersee, it is called Seerhein in the four km long section, flows through the Untersee and is now called Hochrhein after exiting at Stein am Rhein. Up to Basel, this forms the border between Switzerland in the south and Germany in the north. 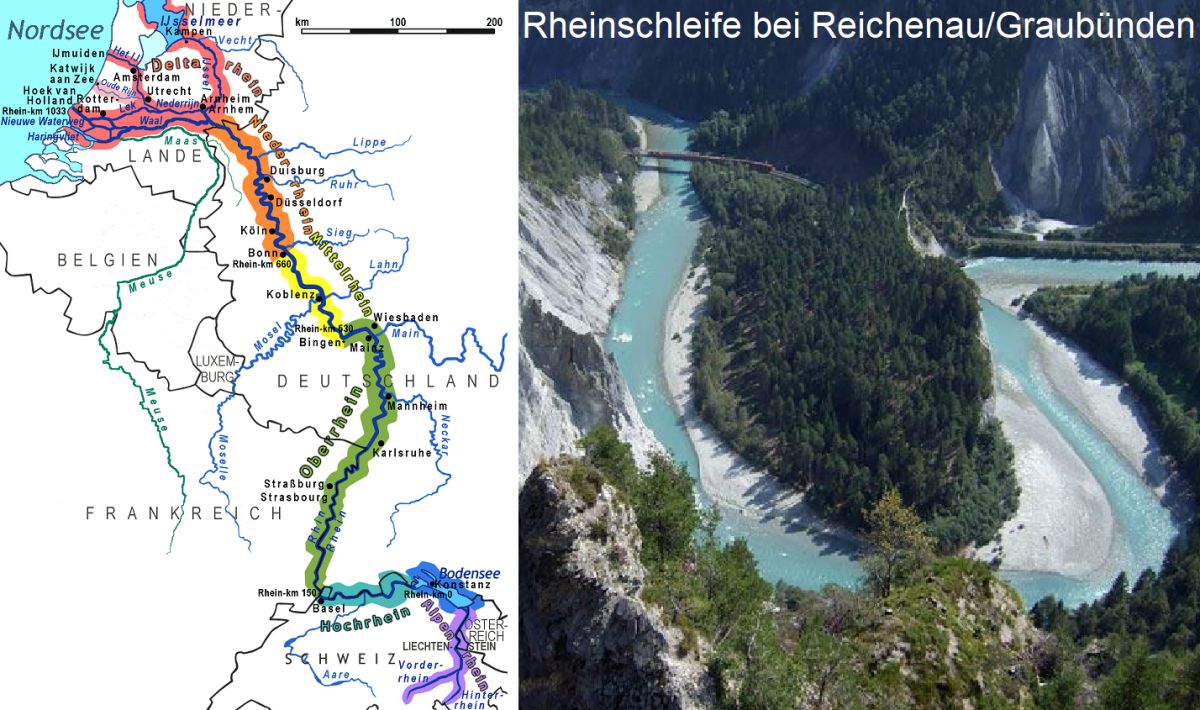 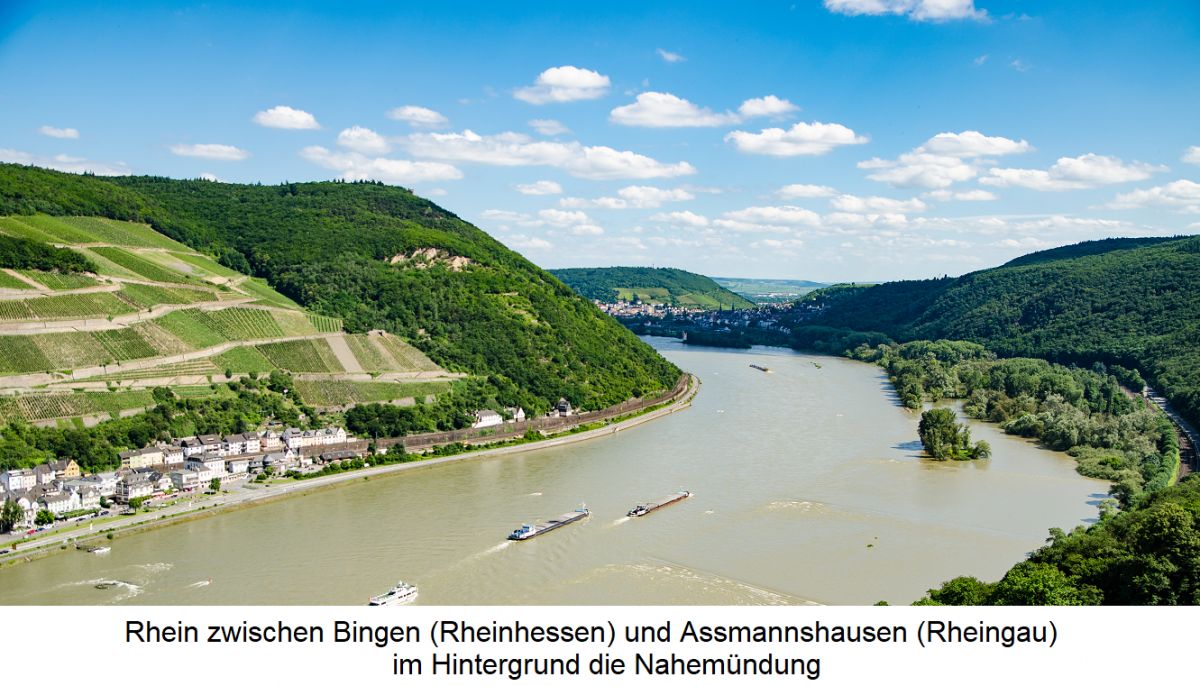 The 130 km long section of the Middle Rhine stretches from Bingen and Rüdesheim on the Rhine in the south to Bonn-Bad Godesberg in the north. At Koblenz, the Moselle flows in, giving its name to the wine-growing region to the west of the Rhine. North of this is the Ahr wine-growing region, also named after a tributary. Largely identical to the geographical region is the small wine-growing area of the Middle Rhine. Here, on the right bank of the Rhine, there are the tributaries Lahn, Wied and Sieg. The last section from Bonn is called the Lower Rhine (Nederrijn). At the Dutch-German state border, the Rhine divides to form the extensive Rhine-Meuse delta (also known as the Rhine-Meuse-Scheldt delta). This is the joint estuary area of the rivers Rhine (with the three main branches Waal-Boven, Nederrijn-Lek and IJssel), Meuse and Scheldt into the North Sea. 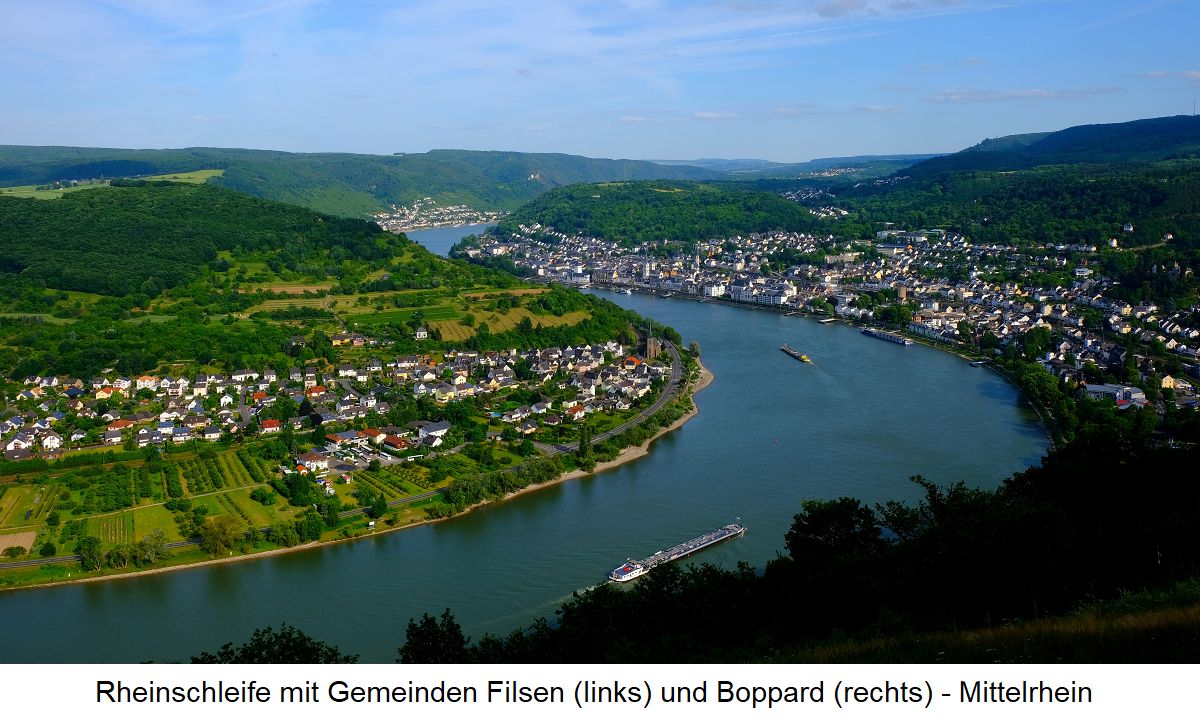