Unfortunately there is no information about Pomerol AOC available.

The appellation, named after the commune of the same name, is located east of the small town of Libourne on the right bank of the Gironde in the Bordeaux region of France. The vineyards cover around 800 hectares of vines. To the north, the area is separated from the Lalande de Pomerol appellation by the Barbanne River. To the east is the Saint-Émilion area. The name comes from the Latin "pomarium" (orchard). The Romans already cultivated vines here. The devastation caused by the Hundred Years' War (1338-1453) between the English and the French meant that viticulture was abandoned. Towards the end of the 15th and in the 16th century, vineyards were established again. But it was not until late in the 19th century that Pomerol wines became famous. In 2021, an unusual landmark decision was made. In future, it will be generally forbidden in the entire appellation to use herbicides in weed control 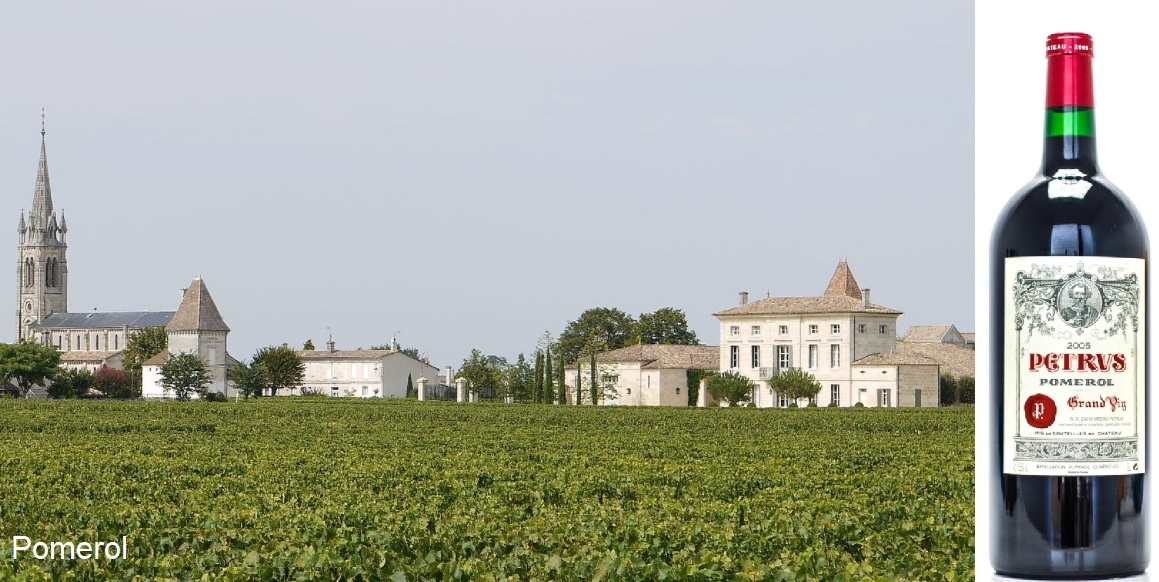 The top rank of the exceptionally velvety red wines with a long storage life, which mature for more than two years in often 100% new barriques, is due to the exceptional soil type. It is a sandy-gravelly soil with intermediate layers of loam and a sub-layer of iron-rich ironstone known as "crasse de fer" (iron slag) or "machefer". On about 80% of the vineyard area, the dominant variety Merlot is cultivated, other varieties are Cabernet Sauvignon, Cabernet Franc and Malbec (Cot). These are the typical grape varieties of the Rive droite (right bank). As in neighbouring Fronsac to the west, there is surprisingly no Grand Cru classification in Pomerol, but a group of wineries is recognised as "Premier Crus". The top wine from the legendary Château Pétrus is on a par with the best from Médoc in terms of quality (and price). But several other châteaux also fall into this category.

Château La Fleur-Pétrus — Bordeaux 1988 Pomerol AOC Upgrade to see this Wine Rating
Where can you buy this wine?