Unfortunately there is no information about Pays d'Oc IGP available.

Largest of the seven regional areas for the production of IGP wines (formerly Landwein) in France. The other six are Atlantique, Comtés Rhodaniens, Comté Tolosan, Méditerranée, Terres du Midi and Val de Loire. It is located deep in the south of the country on the Mediterranean Sea and includes the dual region of Languedoc-Roussillon in the four departments of Aude, Gard, Hérault and Pyrénées-Orientales. The Greeks and later the Romans brought viticulture to the area in ancient times. Several wine routes also pass through the vast area, these are Via Domitia (the first Roman road in Gaul), the Canal du Midi (connecting Toulouse with the Mediterranean at Sète) and the part of the Way of Saint James that passes through the area. In 1987, the designation "Vin de Pays d'Oc" was created and changed to "Pays d'Oc IGP" by the EU wine market regulation that came into force in 2009 (see also under quality system).

The zone offers ideal and homogeneous conditions. There is abundant sunshine with the four prevailing winds Autan, Marin, Mistral and Tramontane. With 200 kilometres of Mediterranean coastline and land rising to the west like an amphitheatre, Languedoc-Roussillon has a variety of different landscapes. Three main zones can be distinguished: the coastal plain, the first hills and the stony hill country, and the high altitude vineyards. The area opening onto the Mediterranean stretches from Nîmes via the Camargue and the Côte Vermeille to the Spanish border in the form of an arc along the 200 kilometre coastline of the Gulf of Lion. It is bordered by the Pyrenees to the west and the foothills of the Cévennes to the east. The expanse explains the exceptional diversity of soil types, which alternate between sandy soils on the sea coast and limestone, slate, clay or stony gravel on the plains and in the hills. The character of the varietal wines results from the sunny, Mediterranean climate. 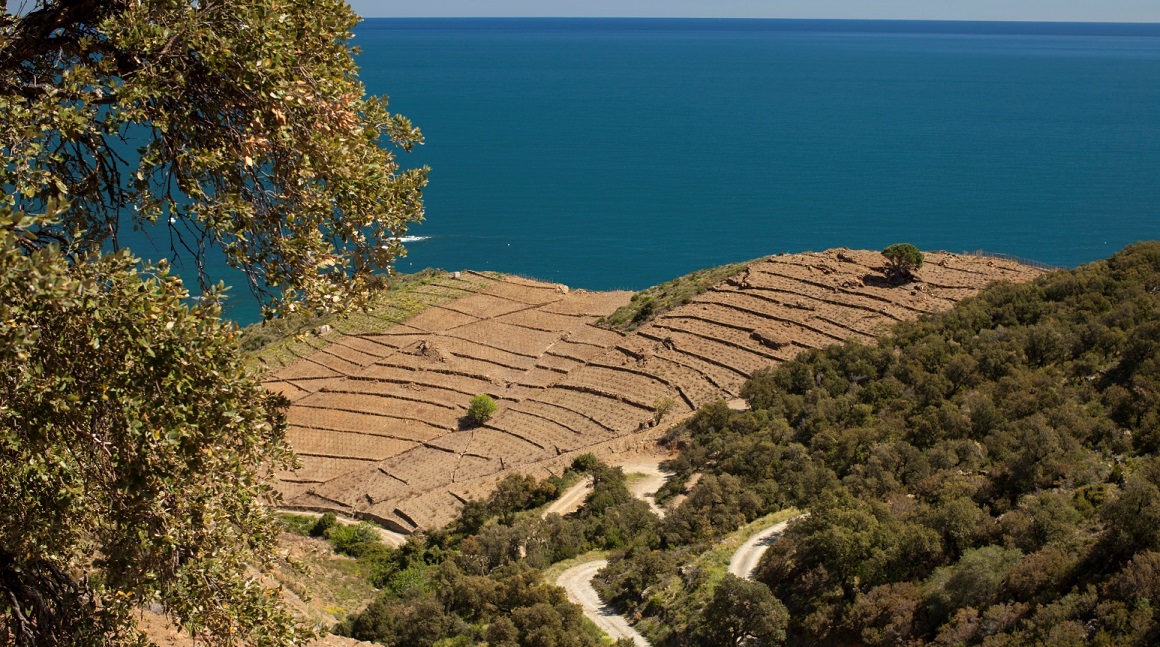 Environmental protection plays a major role. In 2009, as part of the CSR (Corporate Social Responsibility) movement, the VIP (Vineyard In Progress) programme for sustainable development and social responsibility was launched. Inter Oc (professional association for Pays d'Oc IGP wines) initiated the adaptation of the ISO 26000 standard to the wine sector under the auspices of AFNOR. In accordance with CSR guidelines, an agreement defines the central procedures for the wine industry. The former is about environmental and social commitment measures (such as sustainable management, control of resources and reduction of packaging material), the latter is about integrating the expectations of all stakeholders as well as with improvements in the workplace, fighting inequalities, strengthening education and enhancing the region. In the meantime, the entire sector is strongly committed to the environment and society.

The vineyards cover about 120,000 hectares of vines, which is about half of the dual region. Fifty-eight grape varieties are permitted, and it is mainly the leading varieties that contribute to the quality and character, most of which are vinified as single varietals. In 2019, five PIWI varieties were approved as secondary innovation grape varieties. However, these are limited to a maximum of 15% share and may not be mentioned on the label. Producers are free to decide on the grape variety mix and thus give their wines an individual touch and characteristic of the region in question. Nine out of ten Pays d'Oc IGP wines are single-varietal. They must contain at least 85% of the specified grape variety and may contain up to 15% of other varieties. The second variety, if it is to be named, must account for over 15%.

93% of the wines are marketed with an indication of the grape variety on the label. 45% are red wines, 30% rosé wines and 25% white wines. For the red wines, mainly the classic varieties Merlot, Cabernet Sauvignon and Syrah are used. The light, fruity rosé wines can be vinified from 27 varieties; the leading varieties are Grenache Noir (Garnacha Tinta), Cinsault (Cinsaut) and Syrah. The leading varieties for white wines are Chardonnay, Sauvignon Blanc and Viognier.

All production rules are controlled. Like AOP wines, IGP wines must undergo administrative and tasting controls, for example on grape varieties, yields and analytical characteristics. But Pays d'Oc IGP goes further in its controls, as 100% of the certified wines are tasted, guaranteeing quality. In addition, for Pays d'Oc IGP, an external control is carried out by Bureau Veritas Certification. A seal guarantees that the wine comes from the Pays d'Oc (see in the picture above left).

In 2021, the wine production volume was 6.8 million hectolitres, or 910 million bottles. Of these, 10% are organic wines with 90 million bottles. The wines are marketed in all continents in a total of 170 countries, every fourth bottle is exported to Germany. Worldwide, 25 bottles of Pays d'Doc IGP are sold every second. Pays d'Oc IGP is the No. 1 in France for high-quality, single-varietal wines and in the export of wines with IGP origin.

In this section you will find
currently 157,961 Wines and 24,582 Producers, including 2,664 classified producers.
Rating system Find+Buy Tasting samples Editorial schedule