Unfortunately there is no information about P.D.O. Santorini (O.P.A.P.) / Σαντορίνη available.

The approximately 90 km² Greek archipelago (also Sandorini or Santorini) is the southernmost of the Cyclades group and lies in the Aegean Sea about 100 km north of Crete. The crescent-shaped main island is called Thira and forms a cauldron with the two opposite small islands Aspronisi (0.14 km²) and Thirasia (9 km²). The ring-shaped island was formed by a violent volcanic explosion around 1500 BC, which destroyed the Minoan culture (Bronze Age culture of Crete). From the beginning of the 13th to the end of the 16th century, the island was strongly under the influence of Venice, which led to the development of a significant viticultural culture. At that time it was named Santorini after Santa Irene (St. Irene). The sweet wines, which were strong in alcohol, were particularly prized for their storability and transportability and were shipped to many European countries via the port city of Monemvasia (Peloponnese) at that time. Although the island was conquered by the Turks in 1579, there were no restrictions on viticulture. Ottoman rule lasted until the Greek revolution in 1821. 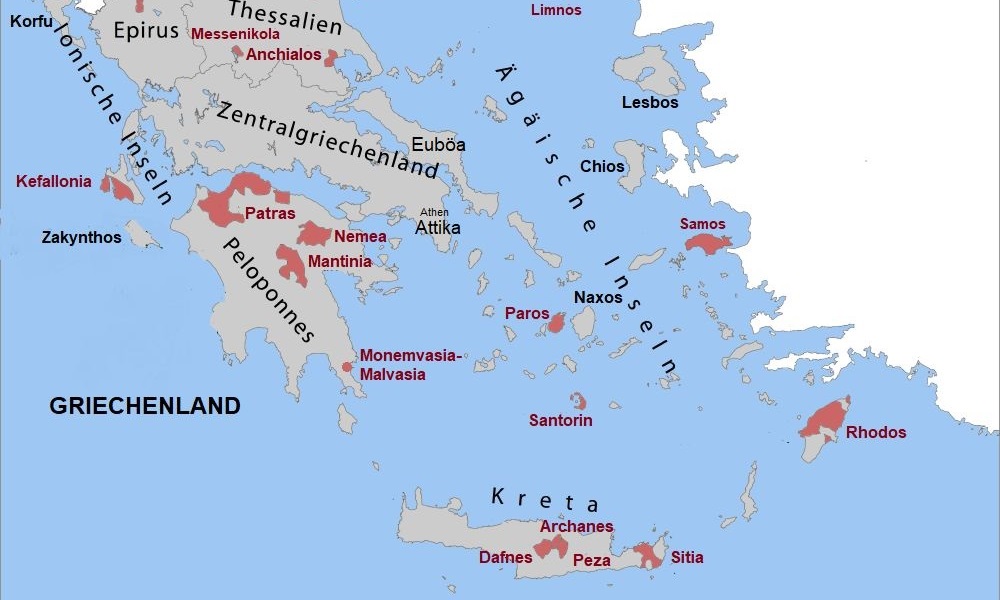 The summer is warm, dry and almost rainless, the winter mild with few but heavy rains. Around 1950, there were still 4,800 hectares of vineyards, but these have shrunk to around 1,200 hectares due to the construction boom. Around 30 autochthonous grape varieties are cultivated on mainly volcanic soil that is ideal for viticulture. The porous soil has a good water retention capacity. Numerous canavas (caves) have been built in the soft material, which are often used as wine cellars. The vines are cultivated ungrafted because the island has been spared from phylloxera. White wine varieties are cultivated to 80%. Assyrtiko dominates with 90%, followed by Aïdani Aspro and Athiri Aspro. The three are approved for POP wines. The most important red wine varieties are Mandilaria, Mavrotragano and Athiri Mavro. The vines are trained low in the vine training Kouloura in the form of wreaths to protect the grapes growing inside from the strong, sandy winds. Yields are relatively low and the wines reach high acidity levels. 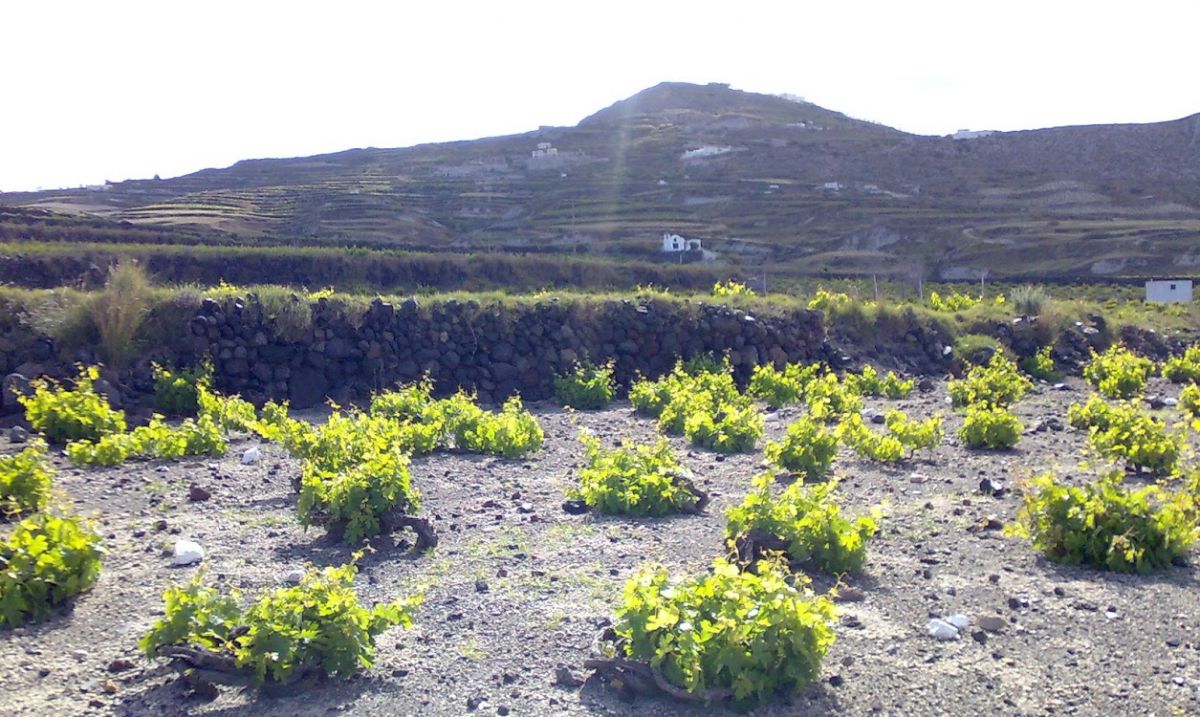 The main island of Santorini and the small island of Thirasia were declared appellations in 1972. There is a white wine classified as POP in dry and sweet, blended from the varieties Assyrtiko (at least 75%), and Aïdani Aspro and Athiri (maximum 25%). The sweet version called Vinsanto, made from dried grapes, has an ancient tradition here. This sweet wine probably served as a model for the Italian Vin Santo. A speciality is the dry white wine "Nykteri" (night work), whose name refers to the grape harvest that does not take place until dusk and the work that does not end until the early hours of the morning. It is aged in wooden barrels and stored for several years. The dry country wines are called "brousko" (from the Italian brusco = coarse, tart). For this, different white wine varieties harvested over a longer period of time are stored in open vats for a longer time, which leads to oxidative processes. After pressing, the must ferments to a brownish, alcohol-rich and tannin-rich wine with a rustic character. 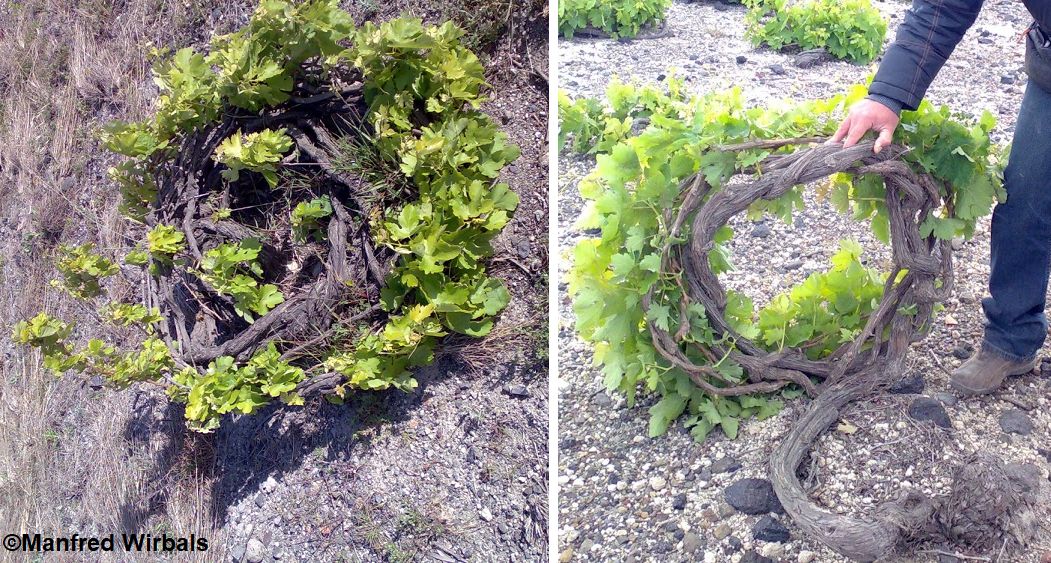