The region with the capital Ancona is located in the centre of Italy on the Adriatic coast. Starting from the north, the regions of Emilia-Romagna, Tuscany, Umbria, Lazio and Abruzzo border on it. The Celts and later the Etruscans already cultivated vines here. In the 3rd century BC, the Romans conquered the area. The Roman wine writer Pliny the Elder (23-79) mentioned the ancient wine praetutium from Ancona. It is said that the Visigoth king Alaric (370-410) fortified his troops with the white wine Verdicchio during his march against Rome. The famous local doctor and naturalist Andrea Bacci (1524-1600) reports that the Carthaginian general Hannibal (247-183 BC) revived his army's tired horses with large quantities of Conero wine (the forerunner of the DOC Rosso Conero) during the campaign against Rome. 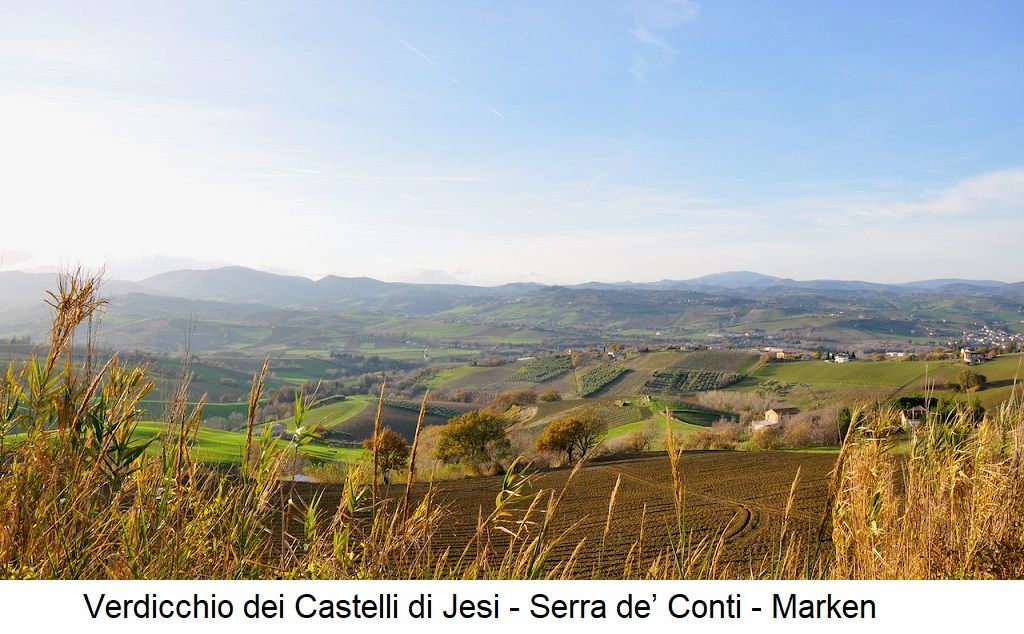 From Marche come the ancestors of the three famous wine-growing families Catena Zapata (Argentina), Gallo and Mondavi (California), who emigrated to the American continent and founded wine-growing empires in their new homeland. The vineyards cover 16,000 hectares of vines. The sea and the Tuscan Apennine mountains to the west create a cool, temperate climate with warm, dry summers. The vineyards are almost exclusively on slopes with often clayey soil. Red wines and white wines are produced in equal parts.

Sources of Purchase for Marches 26

In this section you will find
currently 148,540 Wines and 23,323 Producers, including 2,233 classified producers.
Rating system Their sources in Wine Guide Tasting samples