Unfortunately there is no information about Malta available.

The south-east European island state lies around 90 kilometres south of Sicily, the coast of Africa is 290 kilometres away. Malta has been an EU member since 2004 and is divided into the three inhabited islands Malta (246 km²), Gozo (67 km²) and Comino (3 km²) as well as the uninhabited islands Cominotto, Filfla and St. Paul's Islands. The Phoenicians settled the island around 800 BC and introduced viticulture. This was continued by the Romans from 200 B.C. when they occupied the island. The Knights of the Order of St. John (the later Knights of Malta) mainly produced mass wine during their reign from the 16th to the 18th century. 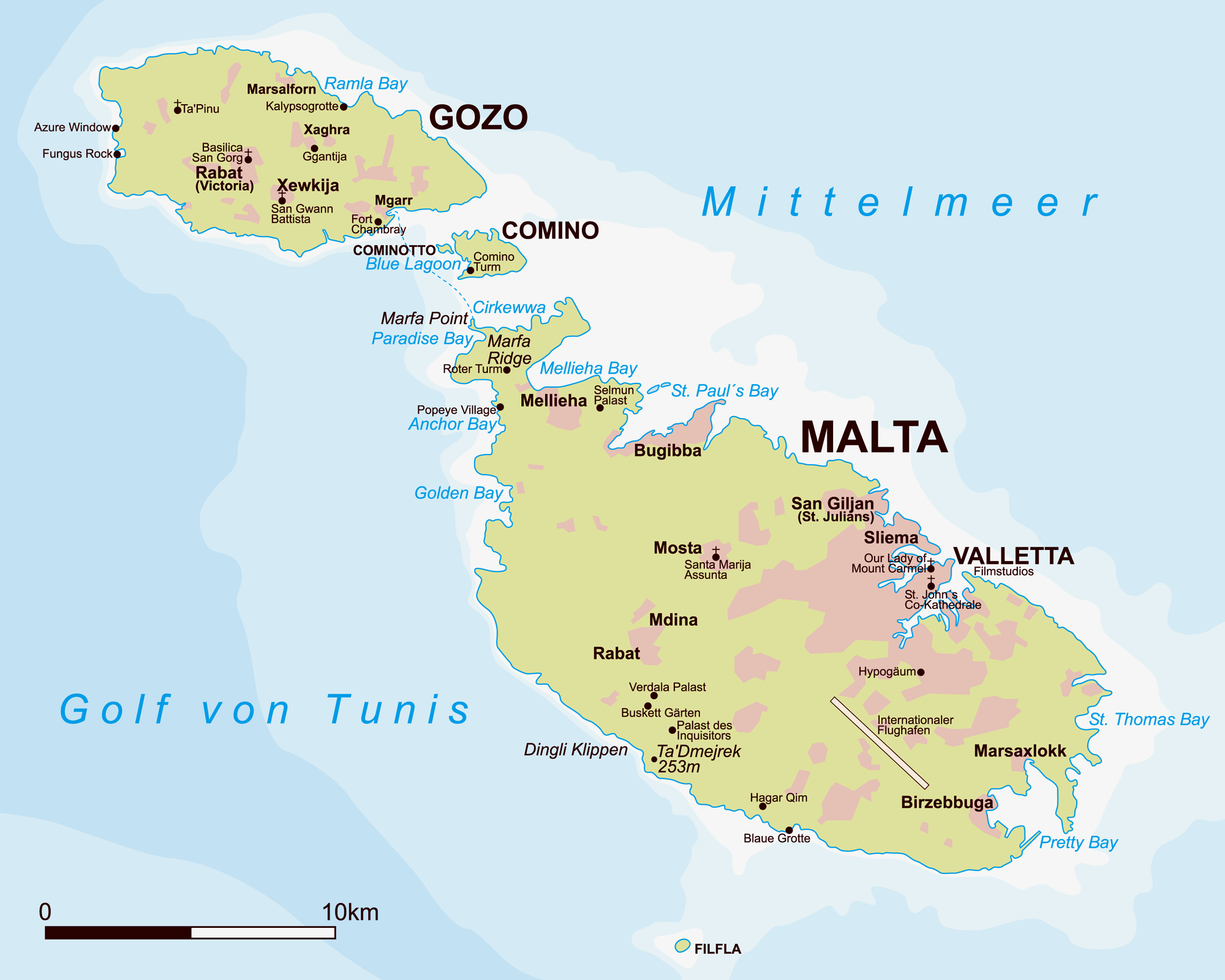 The Mediterranean climate is characterised by hot, dry summers and cool, rainy winters. There are no rivers, Malta is one of the most arid countries in the world. Artificial irrigation with rainwater and ground water wells is necessary. In 2012, the area under vines covered 2,000 hectares of loam, sand, clay and limestone soils. The wine production volume was 22,000 hl. From the end of the 1970s, international varieties were planted with French and Italian support. The red wine varieties Cabernet Sauvignon, Cabernet Franc, Merlot, Petit Verdot, Carignan Noir(Mazuelo), Grenache Noir(Garnacha Tinta) and Syrah, as well as the white wine varieties Chardonnay, Sauvignon Blanc, Chenin Blanc, Pinot Gris, Trebbiano and Muscat Blanc are cultivated. Before the phylloxera there were 120 autochthonous varieties. Today only Girgentina and Gennarua (white) and Gellewza (red) are of importance. The production of table grapes plays an important role.

In 2007, following the Italian example, the DOK (Denominazzjoni ta' Oriġini Kontrollata) system of origin was introduced, with the areas of Malta and Gozo each with the Superior level. The analytical and sensory quality tests are carried out by the accredited Italian Enoteca di Siena. The grapes for the IGT wines = country wines (Indikazzjoni Geografika Tipika) can come from all islands. Grapes, and wine are also imported from Italy and processed with local wines. Well-known producers are Camilleri Wines, Delicata, Marsovin, Meridiana (supported by Antinori), Monte Kristo and Ta Betta.