Unfortunately there is no information about Madiran AOC available.

The red wine appellation is located in the south-west of the wine-growing region of south-west France, adjacent to the Armagnac brandy region. Madiran is one of the oldest wine-growing regions in France. It was already classified in 1948 under the AOC designation Vic-Bilh, at that time still jointly for red wines and white wines. Today, the white wines are produced under the AOC designation Pacherenc du Vic-Bilh. For a long time, the red wine produced here was considered the wine of the pilgrims who, from the 11th century onwards, travelled the famous pilgrimage route "Camino de Santiago" (Way of Santiago = St. James the Apostle) to Santiago de Compostela in Galicia, Spain, and fortified themselves with it. The vineyards cover around 1,400 hectares of vines on soils of gravel and limestone interspersed with pebbles. They extend over the three departments of Gers (3 communes), Hautes-Pyrénées (6 communes, including Madiran) and Pyrénées-Atlantiques (28 communes). There is an oceanic climate with hot summers, dry sunny autumns and relatively mild winters. 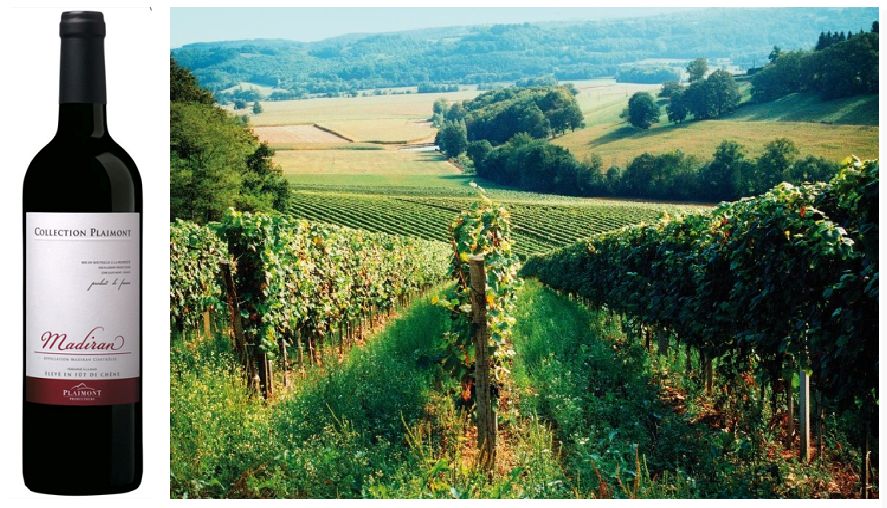 The main variety for wine is the autochthonous vine Tannat, which is said to have been brought from Bordeaux by monks. This yields a deep dark, tannin-rich and extremely long-lasting red wine with a raspberry aroma. Madiran is considered beneficial to health due to its high content of cyanidin and resveratrol with their antioxidant and anti-inflammatory properties. In the 1970s, the INAO reduced the minimum tannat percentage in favour of Cabernet Sauvignon, Bouchy (Cabernet Franc) and Pinenc (Fer) to mitigate the strong astringent taste. The prescribed minimum proportion is now 50%. However, there are still producers who press their Madiran purely from 100% Tannat

Parcels with old vines are monitored by the "Plaimont Producteurs" community under the name "Conservatoire ampélographique" - including in the Madiran area. See the section on the commune of Sarragachies (Gers department), where there is a very special vineyard in this respect.

Producteurs Plaimont — South-west France 2004 Madiran AOC Plénitude Up to 25.00 €
Where can you buy this wine?

Château Montus - Château Bouscassé (Vignobles Brumont) — South-west France 2005 Madiran AOC Up to 15.00 €
Where can you buy this wine?